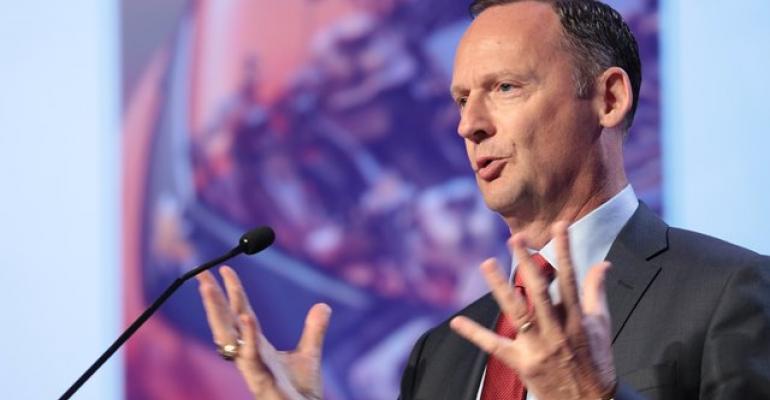 “Not going there,” Nicholson says on the sidelines of the 2016 CAR Management Briefing Seminars.

German regulators flagged three Opel models outfitted with 2.0L diesels suspected of using the same sort of emissions-test cheating software as Volkswagen, which will shell out at least $15 billion in fines and repair costs for its deception in the U.S and potentially faces additional penalties in other markets.

GM admitted at least one Opel model switches off its exhaust-gas-treatment system under certain circumstances, but executives in Germany have insisted all along the bypass was not used to sneak the cars past regulatory tests.

Nicholson says GM will continue to pursue “transparency and openness” with German regulators and supports the overall regulatory environment in Europe. He also says the flap will not stall near-term plans to bring additional diesel technology to the U.S. in the redesigned Chevy Cruze and reports demand for the diesel offered in the recently launched Chevy Colorado and GMC Canyon midsize pickups far exceeds supply.

“We continue to see the U.S. as the largest growth market for diesels,” he says.