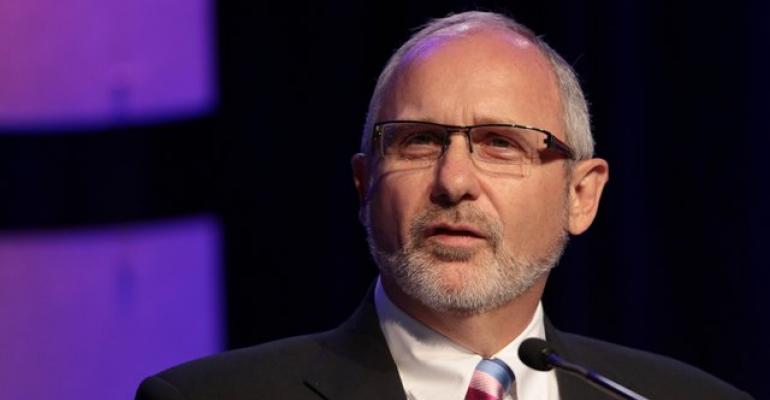 Connectivity to Impact Car Factories as Well as Cars

Just as vehicles will be using vehicle-to-vehicle communication in the future, factory machines will use data to communicate with systems internally.

TRAVERSE CITY, MI – Connectivity will have an enormous impact on new vehicle development and the future of transportation five to 10 years from now, but it also promises to have a dramatic influence on factories and manufacturing, says Ian Simmons, vice president-Business Development, R&D at Magna.

Connectivity will impact logistics, preventive maintenance, material handling and a host of other factors.

One of the biggest impacts may come from a new generation of robots and automated vehicles that will be intelligent enough to work collaboratively with human workers, rather than be fenced off from humans as most are now, Simmons tells attendees at the CAR Management Briefing Seminars here.

Robots could support workers in burdensome operations associated with vehicle assembly, lending an important “third hand” in some awkward or difficult operations. However, unlike predictions made back in the 1980s about robots taking over factories, Simmons emphasizes humans always will be involved.

“You’re always going to have humans on your team,” Simmons says. “(But) you always want to make sure those individuals are supported.”

Magna already is a leader in advanced driver-assist systems, and many of these same technologies such as radar, multiple sensors and sensor fusion that make vehicles safer and more autonomous can be applied to robots and automated guided vehicles to enable them to interface safely and more closely with human workers.

“Once the safety issues are understood, so they aren’t going to cause injuries, that’s going to change how products are going to be manufactured in the future,” he says.

Just as vehicles will be using vehicle-to-vehicle communication in the future, factory machines will use data to communicate with systems internally, Simmons says. The benefits will lead to greater efficiency and flexibility.

In 2020 and beyond, Big Data and analytics also will be making a big impact on the factory floor. The relatively new science could significantly improve paint shops and assembly operations in the area of predictive maintenance, as well as logistics and inventory operations.

Generative manufacturing, or 3D printing, is another game-changer coming down the road that could be used for building new jigs, fixtures and auxiliary tools and providing plant spare parts.

“Imagine if you’ve got a manufacturing plant with millions of dollars of equipment being automated and suddenly you’re hacked,” Simmons says. The same standards and concerns for vehicles have to be applied to factories as well, he says.