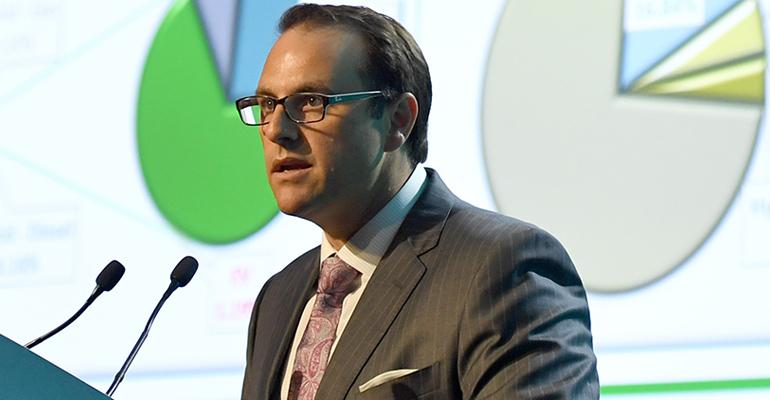 Roger Hart
“All the players are jockeying for position in a race where there’s no clear finish line,” says AutoForecast’s McCabe.
Industry>CAR Management Briefing Seminars

Automakers Try to Figure Out Where to Invest

“You can’t put your eggs in 14 baskets and hope for a good return,” says auto analyst Joe McCabe.

TRAVERSE CITY, MI – Amid changing markets, fickle consumers, electrification and the prospects of fewer vehicle sales in coming years, it’s hard for automakers to know where to put their money, analysts say.

“The next decade will drive unprecedented change,” Michael Robinet, a managing director at IHS Markit, says at the Center for Automotive Research’s Management Briefing Seminars here.

For example, automotive platform engineers have their work cut out for them as internal-combustion engines remain popular but electric vehicles are gaining some ground.

“Platforms will no longer be for ICE; they’ll be 2-use structures,” Robinet says. Figuring out what to do next is tough under any circumstances, but “planning in a (sales) plateau period is much different than planning in up times,” he says.

Although U.S. auto sales in the next few years won’t be record-breakers topping 17 million units as seen in the boom times of 2015-2017, there’s reason to believe they’ll be healthy enough, Robinet says.

“The average vehicle on the road is close to 12 years old. That means there will be a replacement cycle. And the labor market is strong, with people needing cars to get to work. The decline in sales will be modest.”

Considerations include consumer preferences and changing market directions, he says, while noting investment limitations. “You can’t put your eggs in 14 baskets and hope for a good return.”

Cars will continue to lose market share to SUVs and CUVs, he predicts. “That’s not going away.”

Meanwhile, brand loyalty is evaporating. “Fickle consumers and impatient shareholders are driving the market,” McCabe says. “All the players are jockeying for position in a race where there’s no clear finish line.”