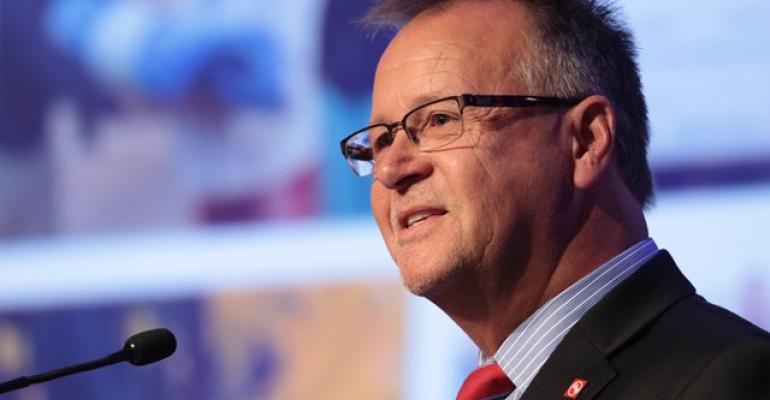 AAM’s 350,000-sq.-ft. (32,516-sq.-m) Advanced Technology Development Center will be home to 250 engineers and researchers working on accelerated product, process and systems development when it is fully operational later this year.

“It is a major investment for a Tier 1 (supplier),” Francis tells the CAR Management Briefing Seminars here. “Within that facility, we have already started to accelerate our technology development. We have to create this acceleration for our business, and I believe that is true throughout the automotive industry."

The center represents a $30 million brick-and-mortar investment, along with up to $50 million in new and existing equipment.

As such, the ATDC will not be an innovation hub exclusive to AAM. The parts maker also will use it to fuel research with industry partners, its OEM customers, academia and downstream suppliers.

“Things are changing, and when things change there is opportunity for everyone,” Francis says.

For example, machine-tool manufacturers will be invited to bring their technologies to the site to determine how well they match up with future AAM driveline technology.

Francis considers Big Data among the major upcoming game changers for the industry, and the organizations that use data most effectively will win.

“It is the new natural resource,” he says. “We have to respond to it as a company and as an industry. It is going to be critical.”

The executive predicts 3D printing, already deployed at AAM, will play a significant role in future manufacturing, alongside a streamlining of the interfaces between humans and robots on the factory floor.

Electrification of driveline components is a certainty, too, as new forms of mobility emerge and societies look to reduce pollution in rapidly urbanizing areas of the world.

AAM’s plunge into heightened vehicle efficiency is led by EcoTrac, a new-generation all-wheel-drive system launched this year on products from a number of automakers. It is an on-demand system that rivals the fuel economy of front-wheel-drive architectures, but with all-season capability.

Looking out to 2020 and beyond, Francis says the supplier has inked serial production agreements with several unannounced OEMs for an electrified driveline with torque-vectoring capability.

He also sees a time when AAM drivelines will communicate on the roadway. For example, EcoTrac can determine whether to engage AWD based on ambient temperature, windshield wiper use and slippage in the driveline.

“There is intelligence in that system already,” he says.

In the future, Francis says, a vehicle could alert others it has engaged AWD and they could prepare to do the same.

“My view of the (future) is mechanical drivelines, electrified drivelines and intelligent drivelines…are the pillars of a product family we have to be involved in.”