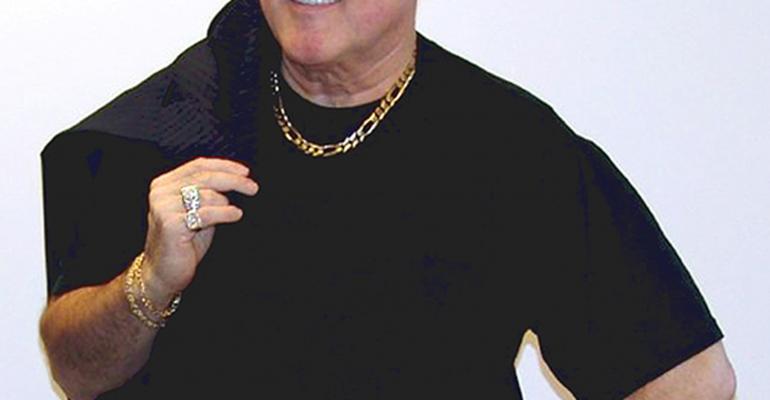 Sometimes when you’re sailing in open seas on a clear star-filled night you forget to look out for icebergs.

Mary Barra is at the helm of the General Motors ship speeding through unchartered seas. She’s competent, as is first officer Mark Reuss. But I have reservations about some crew members.

A lot of industry news buzz is that Cadillac’s in store for a big upheaval. No one says what exactly that means. Well, I’ll say it.

I have reason to believe the Cadillac Div. is preparing to disenfranchise many of its dealers. Regardless of the reasoning or motivation, it’s déjà vu all over again.

A Cadillac revival began in the late 1990s and continued until around 2005. The brand was exciting and edgy, capturing a younger demographic. I personally owned nine new Cadillac Escalades, two SRXs and one of the short-lived XLR sports car in the first 12 years of the new century. (I also owned seven Chevrolet Corvettes.)

Who could forget those Escalade commercials with screaming Led Zeppelin music? Every rapper and athlete had to have one. Here I was, the guy that had owned a dozen Lincolns throughout the 1990s, totally defecting to the new stealth-bomber design of Cadillac. It looked cool, unique and 100% American.

Unfortunately the brand has lost its energy and its unique identity as market share continues to drip away. With Lexus, Mercedes-Benz, BMW and Audi dominating the luxury sales, Cadillac isn’t much of a consideration among most affluent buyers. Lincoln is all but invisible. Buick generally is considered before Lincoln by buyers in that segment.

So what’s the GM strategy? Something like this: We’re going to build a flagship sedan to compete with BMW and Mercedes. Then we’re going to hire South African marketing genius Johan de Nysschen and give him a lot of power.

This guy has a reputation for shaking things up and quickly achieving double-digit market share increases.

As CEO of Audi North America, de Nysschen led the brand back from obscurity and increased sales in the U.S. by more than 60,000 annually in less than three years. It didn’t hurt that the Audi product engineering and design became the benchmark to emulate.

Under his regime, Audi dealer equity increased to more than 700% of earnings. The brand continues to fly.

Upon leaving Audi, de Nysschen used the same formula with the Infiniti, although he left that luxury brand after only two years. His leadership at Infiniti also resulted in strong increases although the ultimate outcome is unfinished.

Okay Ziegler, so this guy is a rainmaker. That’s a good thing right?

My take: Cadillac is an American brand that wants to be like a German brand. And

I still predict GM will be the first American automaker that ultimately becomes Chinese-owned.

There’s no secret sauce to de Nysschen’s turnaround strategy. He’s a 1-trick pony, but he’s good at that trick.

At Audi and Infiniti his first priority was to move the brand headquarters. Of course GM claims Cadillac’s impending move from Detroit to New York City was already in the plans before de Nysschen came aboard. I have difficulty believing it would actually have happened.

The strategy is clear. Isolate the brand headquarters. Move it away from the corporate culture of the parent company, then reduce the number of dealers, create scarcity of product by cutting production, which ultimately allows the brand to increase transaction prices. (Of course, nowhere does it mention increasing dealer margins)

This entire strategy has worked in the past for international nameplates, but will it work for a domestic brand?

Where I violently disagree with the plan is the idea that everything needs to be renamed… again. One of GM’s and Lincoln’s biggest screw ups is the way they frittered away any hint of brand equity by continually renaming vehicles.

I still believe my suggestion during a conversation with Reuss during a National Automobile Dealers Assn. convention a few years ago led to GM bringing back the Stingray name for the Corvette.

It’s always been my assertion Cadillac and Lincoln both blew it naming their cars alpha-numerically.

This goes back to the stupid assumption that we have to be German to beat the Germans in the U.S. luxury market. Wake up already. American cars have names and brand identities, not numbers and letters.

I’ll guarantee you 90% of the customers they wish they had could not even name or identify their model lineups. Especially Lincoln’s.

Now, de Nysschen wants to rename every Cadillac model using numbers and letters. He’s rolling the dice for Cadillac to replace its existing owner base with a younger, more-affluent customer he hopes to conquest.

In other words he’s potentially going to destroy the owner base. If the plan doesn’t work, there are no life jackets on the ship.

I know this guy is going to lop some dealers and it’s going to be more political than sensible. My friend, attorney Len Bellavia, represented some terminated Chrysler dealers when during its bankruptcy reorganization it cut dealers en masse.

It’s considerate to Len for Cadillac to move its headquarters to New York, because that’s where he is based. He won’t have to travel far to handle some future terminated-dealer cases. I predict he and his staff will be busy before this is over.