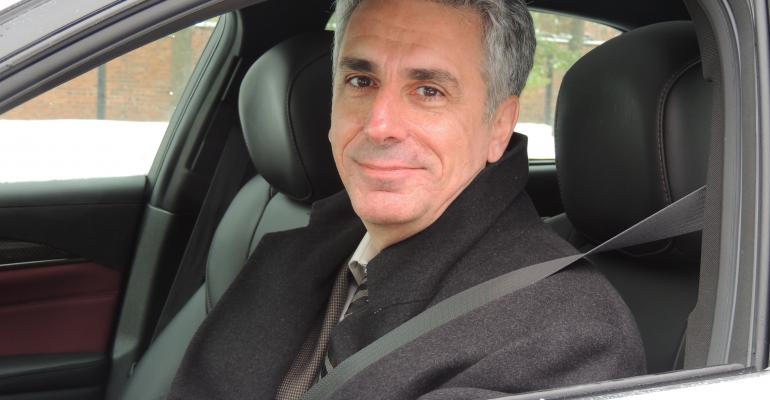 Many observers were skeptical at the start of the decade when CEO Martin Winterkorn revealed Volkswagen’s ambitious target of 800,000-unit annual sales in the U.S. by 2018, a more than doubling of its volume at the time.

And that was without a hint of Dieselgate in the wind.

Now with the automaker reeling from the uncovering of its near-decade-long effort to deceive regulators about the emissions levels of its “clean” diesel engines, it’s perfectly OK to file the North American growth plan in the Pipe Dream folder for good.

The fallout from the Dieselgate scandal so far? CEO Winterkorn has resigned, and there are many more heads on the chopping block to come. VW will recall some 11 million vehicles worldwide, temporarily stopped building the 2.0L diesel in question and is carrying the cost of having cars trapped on dealer lots and at ports while they await new certification.

Still to come are hefty fines – $18 billion from just the EPA is one estimate – and class-action lawsuits from angry customers and opportunistic trial lawyers who will argue their clients now are stuck with vehicles worth next to nothing on the resale market.

But that’s just the beginning. Congress already has scheduled hearings where grandstanding members are set to take their turns chastising VW executives (I’m sure many are raising their hands now to be part of that process) and potentially open fire on a conniving auto industry in general – particularly if a supplier or two is implicated in the conspiracy or a finger gets pointed at another car manufacturer.

And still there is more: Regulators in other key VW markets also are planning fines and penalties. Once the dust settles, VW will have to rebuild its sinking reputation, particularly in the U.S. where its drive to achieve 800,000 unit sales already has taken a detour. The brand’s deliveries last year fell 10.0% from 2013 levels and this year’s volume is pacing 2.8% behind 2014.

So it’s not like the VW lineup was setting the market on fire. More troubling? If the brand had anything going for it, it was its niche as the nation’s No.1 seller of diesel cars. Overall, diesels account for about roughly 20% of VW’s U.S. volume and ran as high as 30% on some models. Advertising and discount promotions regularly were focused squarely on moving diesels.

Take that marketing strength away and what have you got? Potentially a share plunge the likes of which hasn’t been seen since, well, Audi’s sudden-acceleration-induced dive.

Speaking of Audi, it has been carrying the ball for the VW Group in the U.S., posting a string of annual sales records and with volume up another 12.1% so far in 2015. But it also is affected by Dieselgate, meaning its market trajectory could take a wrong turn as well.

VW now has a huge commitment in North America, with a new Audi plant under construction in Mexico and a big investment in Chattanooga, TN, where it is set to launch a mainstream midsize CUV for 2016. Spending plans call for $7 billion to be doled out in the region by 2018, including some capacity-boosting projects already under way.

That expansion could turn out to be a huge financial drain if the market reacts badly to the scandal and local demand no longer can support the installed capacity, causing potentially another black eye if VW doesn’t stand by its Tennessee workforce.

Coupled with the hit VW will take from fines and lawsuits, any slip into prolonged red ink in North America further will crimp its ability to finance new product and technology to keep pace with key competitors.

Coming back from all this will take resolve, patience, a big strategy shift and a lot of money.

If it is truly committed to staying and succeeding in North America, VW will need to take care of its customer base, and that will require more than just apologies. It also will need to find a way to convince new buyers VWs are worth betting on once again.

As for the diesel, the automaker would be wise to low-key its marketing effort, at least for the short term, while continuing the shift toward electrification as its primary fuel-economy strategy.

Finally, new management will have to be open, accessible and transparent – traits not exactly in VW’s wheelhouse.

And as for those 2018 volume targets, the German automaker now must be satisfied if  it simply can hold its ground.