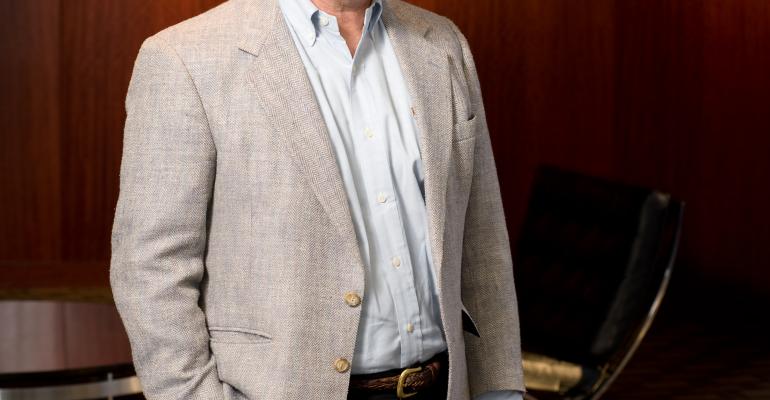 The way some people had been carping in the past months, I almost expected to see audience members throwing rotten tomatoes at Hillary Clinton during her keynote speech at the National Automobile Dealers Assn. convention.

Critics had turned red when the trade group announced the former First Lady, U.S. Senator and Secretary of State would address its annual convention in New Orleans.

“This speaker is running for president,” the detractor said of Clinton, even though she hasn’t actually announced her candidacy. (More on that in a moment.)

Other Clinton critics predicted NADA conventioneers, who lean Republican, would: a) boycott the Democrat’s speech, b) attend but walk out, or c) show up and sit on their hands.

Instead, she got a standing ovation before and after her address. There are a couple of reasons for that.

First, the warm reception had to do with the nature of most dealers. They’re typically polite people. This time was no different. I didn’t see a tomato, ripe or rotten, in the house.

Second, Clinton gave a good speech. She hit high notes. She connected with her audience, noting husband Bill had a dealer uncle and Bill’s best boyhood friend, Mack McLarty who served as his White House Chief of Staff, now runs a 25-store dealership group based in Little Rock, AK.

Clinton also did a shout out to Mark Schienberg, president of the Greater New York Automobile Dealers Assn. “When I had the privilege of representing New York in the Senate I got to know a lot of dealers from our state,” she told the NADA gathering.

Schienberg speaks highly of her. He tells me she particularly supported his association’s Center for Automotive Education and Training, a facility that prepares people for dealership career work.

“She was phenomenal,” he tells me. “She was engaging, and the audience felt that. She tailored the speech to a dealer audience.”

McConnell did a top-rate job himself in delivering his convention inauguration. He admires certain motivational speakers and tried to emulate them.

In an NADA first, his speech featured a liberal use of videos on big screens behind him. “I’m a visual person and wanted to use multimedia that grabs people’s attention,” he says. “In public speaking, you should think about what would interest you if you were in the audience.”

Interspersed throughout McConnell’s address were videos that include runners and skydivers. McConnell is a long-distance runner. He’s also tried skydiving. Recalling his first jump, he says: “The parachute didn’t fully deploy immediately. I didn’t panic but I thought, ‘Man I knew this could happen, but did it have to happen the first time?’”

I compliment him on his NADA speech. He credits Team NADA for helping him out. He thanks Westcott and another former NADA chairman, Ed Tonkin, for their advice.

“Ed said, ‘It’s your speech, but you might want to break it down into specific categories,” McConnell says. “I didn’t want to follow Hillary Clinton and be bad in front of a packed crowd.”

One thing irked me about Clinton’s appearance. In a post-speech Q&A on stage with Westcott, he asked her about her potential presidential bid. She replied: “I’m not thinking about it. I try to get others not to think about it.”

Oh please. No one expected her to throw her hat in the ring at the NADA convention. But to say she’s not even thinking about it? Yeah, right. That’s like a skydiver in a plane saying he’s not thinking about jumping out of it soon.