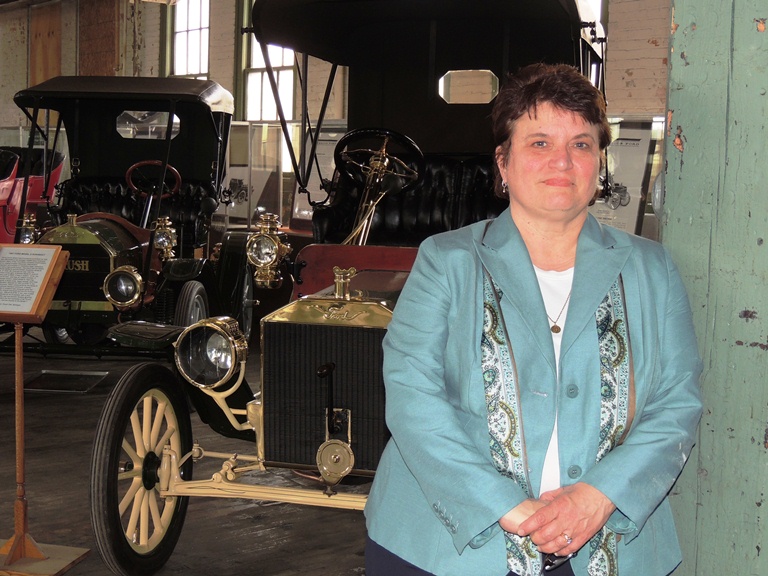 As of last Friday, there was no street sign on Piquette Avenue at the intersection with Woodward just north of downtown Detroit. It’s a neighborhood that has barely survived a long, treacherous decline, as depicted on the 2009 cover of Time magazine.

But no amount of civic neglect can tarnish this land’s historical significance: The Ford Motor Co. opened its first automotive assembly plant here in 1904, and it became the incubator for the auto industry.

Within a few years, founder Henry Ford would call on his most trusted employees and colleagues to work on a new vehicle, the Model T. It was on the third floor of this building that ideas for this inexpensive multipurpose vehicle were hatched.

The Piquette plant built 12,000 Model T’s by 1910, and by then the car’s runaway success gave birth to yet another big idea: Ford’s Highland Park plant 4 miles (6.4 km) to the north, a hulking complex 10 times larger than the humble wood and brick Piquette facility that later was used to produce Studebakers.

Much of the Highland Park campus still stands today, but it’s the Piquette building that remains Ford’s No.1 child. The auto maker has no connection to the Model T Automotive Heritage Complex, a non-profit organization that purchased the building in 2000 and has been raising money for renovations and to open it as a museum.

Most of the structure is all original: Hardwood floors are well-worn; massive timber beams have lost much of their paint; and windows are being restored to their original glory, to the tune of $6,000 apiece. The aptly named “Raise the Roof” fund-raiser is under way to repair a sagging, leaking roof. (See video: Ford Piquette Avenue Plant Tour)

The cargo elevator continues to work, caged with meaty hardwood rails, and Henry Ford’s personal vault remains built into the wall of his former office.

Nearly all the cars and first-generation pickup trucks on display were manufactured in the Piquette plant, and most are in good shape. Contrary to popular belief, Model T’s produced at Piquette were not all black. They came in red, green, blue and gray. It was at Highland Park, when mass assembly was perfected, that the low-cost Model T came in any color you like, so long as it’s black.

Open to the public from April to October and staffed by volunteers, the plant is located at 461 Piquette at the corner of Beaubien, east of Woodward. Museum hours are 10 a.m to 4 p.m. Wednesday through Friday; 9 a.m. to 4 p.m. Saturday; and noon to 4 p.m. Sunday.

The facility is available for private parties, weddings and corporate functions.