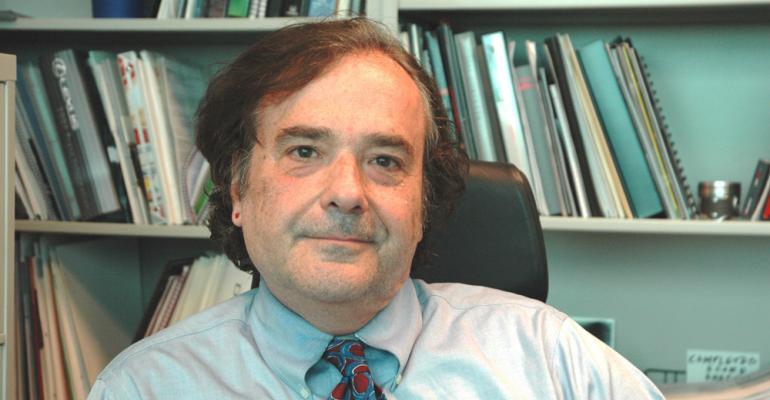 Fuel-Cell Cars: All Ramped Up With No Place to Go?

What good is a hydrogen fuel-cell vehicle without hydrogen?

The fuel-cell buzz has picked up considerably since Hyundai rolled out its Tucson FCV, a 2015 Ward’s 10 Best Engines honoree, last summer in Southern California. Except for Fiat Chrysler and second-tier players including Mazda, Mitsubishi, Subaru and Volvo, every major OEM is engaged in FCV research and/or planning production.

It’s easy to understand the automakers’ enthusiasm over an emissions-free propulsion system that would allow them to meet the government-mandated CAFE benchmark of 54.5 mpg (4.3 L/100 km) by 2025, a target already exceeded by the new Tucson and Honda’s first-to-market FCX Clarity.

However, most discussions of hydrogen fuel-cell technology eventually turn to the I word: infrastructure. Automakers are investing too much into FCV research to guess whether a fueling network will grow. It will.

But the practicality of the Tucson, given the current limits on infrastructure, became a point of contention among WardsAuto judges before they decided the technology was too significant to ignore.

According to the U.S. Energy Department’s Alternative Fuels Resource Center, there are all of 13 hydrogen-refueling stations open to the public in the entire U.S.: Nine in Southern California, two in Northern California and one each in Connecticut and South Carolina.

Honda is partnering with General Motors on fuel-cell research and separately plans to introduce a second-generation FCX Clarity FCV next year. Honda fell well short of projections by leasing only 46 units of the original Clarity from 2008 through 2013, according to WardsAuto data. The automaker blamed a lack of fueling infrastructure despite limiting its availability to Southern California, where the majority of stations are located.

Volkswagen Group rolled out two concept FCVs at the Los Angeles auto show, the Golf Sportwagen Hymotion and the Audi A7 Sportback h-tron. But they’re being kept under wraps until the automaker sees a hydrogen-fueling infrastructure in place. Former GM Chairman and CEO Dan Akerson expressed a similar view in early 2013.

Without more filling stations, fuel-cell vehicles run up against the same range limitations as electric vehicles. The Tucson FCV can travel 300 miles (480 km) on a tank of hydrogen, three times as far as most EVs. It also can be refueled in as little as four minutes, compared with three hours of fast charging for an electric.

But Tucson FCVs are being leased only in Los Angeles County and neighboring Orange County, CA, because of the refueling issue. The nearest public hydrogen station outside that area is in San Francisco, 380 miles (612 km) north of L.A. Close, but not enough range for a round trip.

What about an FCV range extender such as the internal-combustion engines that provide backup power and range-anxiety relief in the Chevrolet Volt, BMW i3 and Cadillac ELR?

Here in the States, grabbing a coffee and a sticky bun while refueling your FCV at your friendly neighborhood hydrogen station may not be too far off in the future.

There are plans, on paper at least, to have 100 or so publicly accessible refueling stations operating in both California and New York by 2020. Hyundai, Toyota, Mercedes and Nissan are among members of the Energy Department’s H2USA public-private infrastructure-building partnership.

California is the obvious Ground Zero for FCVs, given those and other zero-emissions vehicles must comprise 20% of automakers’ sales in the state by 2025. It and seven other states have signed a Memorandum of Understanding designed to promote buying ZEV products for government fleets and establishing financial incentives for consumers to buy the cars, among other initiatives.

The MOU doesn’t exactly place FCVs front and center. Five of the signatories are Northeastern states where Toyota is partnering with French industrial supplier Air Liquide to add 11 fueling stations to the single outlet now operating in Connecticut.  No fueling-station plans have been announced for neighboring Vermont or for Maryland and Oregon, or anywhere away from the East and West Coasts, for that matter.

Expect I-word expansion to catch up with FCV development, but there’s still the question of getting customers to buy vehicles already acknowledged as money-losers. There are more Bugatti Veyrons, Lamborghini Huracans, LaFerraris and McLaren P1s on the road than the new Tucson FCV and existing FCX Clarity combined, and exclusivity is a marketing theme mainstream automakers can ill-afford.