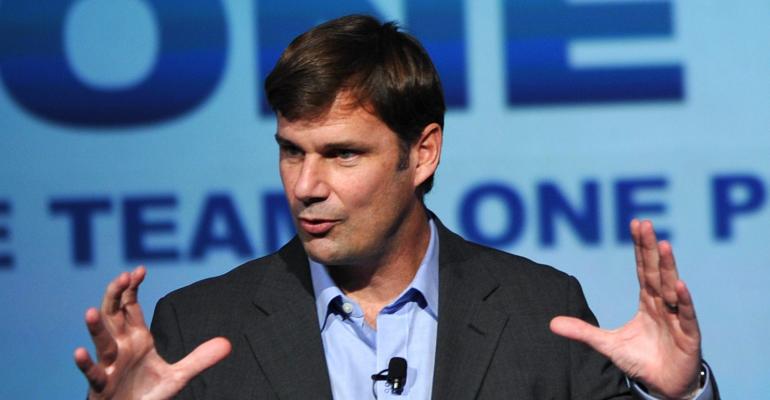 Ford’s Farley Wants to ‘Cut Through the Clutter’

SANTA MONICA, CA – What keeps Jim Farley up at night aren’t concerns about the competition or stock prices or whether Ford has enough manufacturing capacity to meet healthy demand in the North American market.

“What keeps me up is how to communicate with the customer and cut through the clutter,” says Farley, who was promoted earlier this year toexecutive vice president of Global Marketing, Sales and Service and Lincoln.

With the 24-hour news cycle and hand-held devices connecting most Americans to a world of information that is both personal and global and extends from the trivial to the vitally important, Farley finds it ironic that connecting with paying customers hasn’t gotten any easier.

“It’s a huge challenge to communicate simply with the customer,” he tells journalists at dinner here on the eve of the Los Angeles auto show.

Reaching out directly or via social media is fine, but eventually the auto maker needs to engage the customer face-to-face, and a smaller dealer pool in the U.S. makes that more difficult. Ford currently has about 3,500 showrooms in its home market, down from 6,500 six years ago, Farley says.

The 50-year-old executive sees many customers becoming more deeply entrenched with their favorite vehicle brands while marginal customers without strong loyalties are becoming much more open to playing the field.

Farley says every severed connection with a customer is an open door to losing that customer to competitors at a time when the market is flush with compelling new small and midsize cars and cross/utility vehicles.

“When was the last time we have seen a wholesale refresh of practically the entire C/D (midsize) car segment in the U.S.?” Farley prods journalists, referring to the all-new Ford Fusion going up against the all-new Honda Accord, Chevrolet Malibu, Nissan Altima and still-fresh Toyota Camry.

“It’s never been seen before,” Farley says. “There are some really good products out there.”

Not that rivals worry him. “Competition is one of the best things ever to happen to Ford,” he says.

That competitive spirit, fueled by the One Ford strategic initiative, has enabled Ford to gain market share in the B/C subcompact segment at the expense of both Honda and Toyota, which has dominated the sector for generations.

Which explains why Ford is launching a refreshed ’14 Fiesta only two years after the car first arrived in the U.S. The most important element of the new Fiesta is its pint-sized European-built 1.0L EcoBoost 3-cyl. engine under the hood, producing a respectable 123 hp and 148 lb.-ft. (201 Nm) of torque.

Farley says the outstanding fuel efficiency of the 3-cyl. EcoBoost (mileage estimates will come early next year) allows Ford to expand its positioning beyond truck expertise to include small-car fuel efficiency.

“You can’t overstate the importance of fuel economy in the U.S.,” he says. “It’s a really big deal, and people want to know the real-world fuel economy of the car they’re buying. People are starting to be confused. We need to communicate with them beyond what the EPA (Environmental Protection Agency) label says.”

Which brings us back to what keeps Jim Farley up at night: the need to continually engage the customer.