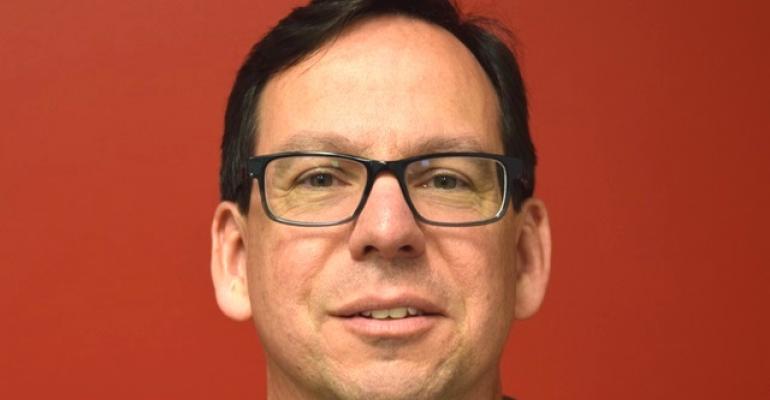 At last week’s ride-and-drive media event in Milford, MI, to spotlight the new 2.8L diesel 4-cyl. coming to the U.S. in the Chevrolet Colorado and GMC Canyon pickups later this year, a General Motors staffer called into question Fiat Chrysler’s claims to have reached a 20% take-rate for the diesel 3.0L V-6 in the Ram 1500 pickup.

“Our numbers say it’s about half that,” the employee told WardsAuto.

It’s possible GM’s skepticism is based on ’14 model-year results. The diesel went on sale late in the first quarter of 2014 in the Ram and achieved a mere 4.2% penetration rate when the model year ended in September.

But by that point, FCA says its internal data shows a number of customers had come to embrace the new engine, which represents the first light-duty diesel in a fullsize pickup. For its torque, efficiency and smoothness, it won Ward’s 10 Best Engines trophies in 2014 and 2015.

Last September, following brisk demand, officials said FCA would ramp up the mix to 20% from the initial plan of 10%, applied to ’15 production.

“To date, the EcoDiesel mix varies by month, but we’re generally running 15% to 18% (although we hit 30% in November),” writes Dave Elshoff, head of Ram Truck media relations, in an email to WardsAuto. He describes EcoDiesel demand as “overwhelming.”

For calendar 2015, Elshoff says the EcoDiesel take-rate is running at 18%. “We’re still ramping up to the 20% goal, but overall Ram 1500 sales keep increasing and make for a moving target,” he writes.

The engine comes from a VM Motori plant in Cento, Italy, owned by Fiat Chrysler.

Bob Lee, head of global powertrain coordination for FCA, says production bottlenecks at the plant have been fixed to free up additional volume and meet demand for the engine, which also appears in the Jeep Grand Cherokee and Maserati Ghibli sedan.

The Grand Cherokee got the engine first, several months before the Ram, largely because FCA officials noted BMW and Mercedes-Benz had achieved high diesel take-rates for their X5 and M-Class CUVs, respectively. In 2012, the X5 diesel reached its highest penetration rate in the U.S., 23.1%. Through May of this year, 13.1% of X5s have been delivered with the diesel.

“They were sold out of diesels for the X5. They couldn’t make enough of them,” Lee tells WardsAuto at FCA’s media ride-and-drive last week at the Chelsea, MI, proving grounds.

“We looked at that and said, ‘We can do this with Grand Cherokee,’” he says. “We made a very credible product, next to the X5. News reports were quite glowing about the package. Yet the sales rates never even approached what X5 did.”

FCA executives were shocked several months later when initial response to the same engine in the Ram was strong. “It’s been going up and up and up,” Lee says. “I don’t know where the limit is.”

Most surprising is the truck engine’s popularity given its cost premium. A Ram EcoDiesel can be had for $31,000, which includes a $4,700 line item for the V-6 to cover, among other things, the cost of selective catalytic reduction technology to scrub oxides of nitrogen emissions. The system requires the addition of a urea-based fluid at routine maintenance intervals.

Even more surprising, EcoDiesel Ram customers are opting for well-equipped models. “The higher the trim, the faster they turn,” Elshoff writes.

Diesel fuel generally has been more expensive than regular unleaded gasoline, although many stations in Southeast Michigan were selling the two fuels at the same price this past weekend ($2.99).

The cost premium for the EcoDiesel, as well as the moving target of fuel prices, has not discouraged consumers, and Lee is trying to figure out why.

“It’s not clear to me what people think and how people make those decisions,” he says. “There’s not an economic argument for the difference, at least for a normal person. Maybe if you have a very strange business where you put hundreds of thousands of miles on your vehicles, then you can maybe see a payback.”

But Lee says customers like the package, its abundant torque and its quiet demeanor. Plus, its EPA-rated highway fuel economy of 29 mpg (8.1 L/100 km) leads all pickup trucks, compacts included.