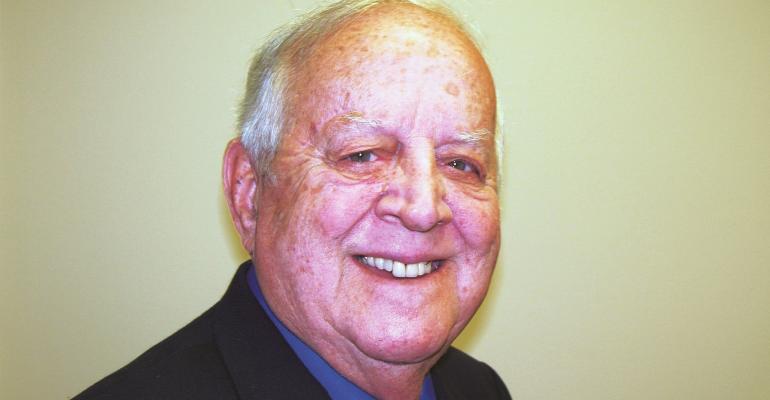 A corporate headquarters for $500? If you were lucky you might fetch a $500 ticket from scalpers for a marquee football game.

Yet, that’s what Wayne County set as the opening bid in a tax foreclosure auction for the former American Motors Corp.’s once-stately headquarters on Plymouth Road in Detroit. A measly $500. Oh yes, and payment of $232,000 in back taxes.

There was one winning bidder, but the deal fell through when he missed the payment deadline.

Unlike the Packard Motor Car complex that lies in ruins and has become world-famous as a backdrop for the city’s woes, AMC’s office tower complex still looks as grand as it did in 1927 when it opened – at least at first glance.

A closer look reveals the site has become a dumping ground, and scrappers and thieves have taken their toll, especially at the rear factory section where refrigerators and helicopters once were assembled. AMC never built cars at the location; its assembly line was in Kenosha, WI, where the former Chrysler Corp., which acquired AMC in 1987, also produced engines until 2011.

Although AMC moved its corporate offices to a modern glass-and-steel skyscraper in nearby Southfield in 1975, it continued to use the Plymouth Road complex to design and engineer trucks and SUVs, as did Chrysler after acquiring AMC. As part of the federal bailout in 2009 that saw Fiat SpA take over the former automaker, the property was designated as part of unwanted “old” Chrysler and put up for sale. What’s now Fiat Chrysler Automobiles (FCA) in 2009 transferred 1,500 employees to Chrysler’s Auburn Hills Technical Center north of Detroit, ending all operations on Plymouth Road.

Because a qualified bidder has not been found, ownership is expected to revert to the City of Detroit. But what can it do with the sprawling 1.4-million-sq.-ft. (130,064-sq.-m) facility, which stretches over 54 acres (18 ha) and is in a neighborhood that saw its best days long ago?

The previous owner reportedly planned to transform the property into a center for autistic children, a seemingly odd choice for such a spacious site. But he fell behind in tax payments, and Wayne County seized the property in 2013.

How things got to this sad state of affairs is a story much too long to recite here, but it reflects AMC’s often-stormy history, from its creation in1954 to the Chrysler buyout 33 years later, which was followed by Chrysler’s takeover by Daimler (1998-2007), then Cerberus Management Capital (2007-2009), and then Fiat.

Even before these cascading ownership shifts, Renault took effective control of AMC in 1983, which ended with the Chrysler buyout.

AMC’s checkered past, in which it was constantly under pressure to maintain profitability, traces to 1954 when Nash-Kelvinator acquired Hudson Motor Car and was rebranded as AMC.

Nash Motors, founded in 1917 by former General Motors CEO Charles Nash, acquired Kelvinator in 1937 and with it took over what became AMC’s headquarters, which originally was built by the appliance manufacturer. Kelvinator was sold in 1968.

My first visit to AMC took place when I was a very young reporter and the legendary George Romney was CEO (1954-1962).

AMC was riding high as Romney had made his fuel-efficient compact Rambler cars a force to be reckoned with. Romney, who later became Michigan’s governor and ran unsuccessfully for the U.S. presidency, was a tough interview. At that time, someone had convinced him ceramic mufflers that lasted forever were the wave of the future. He displayed one on his desk, and that’s all he wanted to talk about.

Over the years I interviewed scores of AMC executives and engineers at the headquarters campus. Most notable was Roy D. Chapin Jr., son of one of the founders of Hudson. A patrician and consummate gentleman, as AMC’s CEO  (1967-1977) Chapin was a soothing influence in good times and bad, and it was he who had the foresight to acquire Jeep in 1970, which kept AMC alive for many years and is, of course, a huge contributor to FCA’s bottom line today.

No one had a larger role in AMC’s model lineups than Dick Teague, AMC’s design chief. He put Romney’s Ramblers on the map, and shaped a long line of cars and Jeeps, some of which were controversial – but still sold well – like the strange-looking chopped-off Gremlin, which he sketched on an air-sickness bag while flying from Detroit to Kenosha.

Others like the bulbous Pacer and oversized Marlin fastback were roundly panned, but his Hornet compact line and Javelin and AMX muscle cars played to good reviews. And Teague, perhaps more than anyone else, paved the way for the current SUV craze: AMC’S  4-door Jeep Cherokee was the first of that configuration when it bowed in 1983, and the design remained essentially the same for decades.

Teague also had a highly honed sense of humor. When the late Jerry Flint, a hard-nosed reporter if there ever was one, kept bugging Teague about the Marlin’s shortcomings, Teague laughed: “Look, I’ll give you a Marlin hood if you’ll shut up,” he said.

There’s not much to smile about now, however. Another piece of the Motor City’s automotive heritage is on the block, and it can’t even fetch $500.