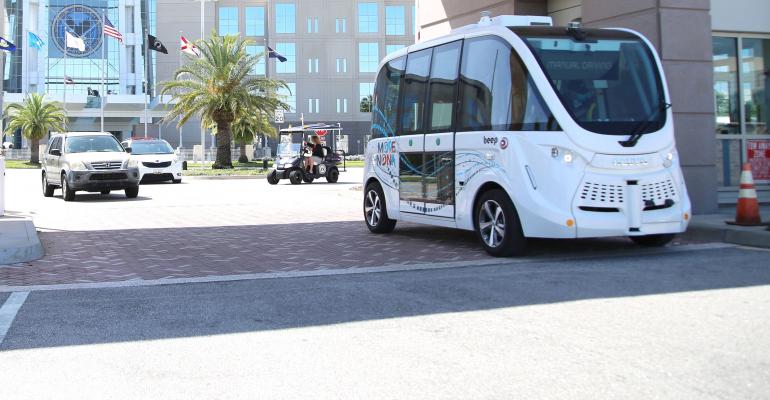 A Florida mobility company pivots from using its autonomous shuttles to transport people to deliver pizza instead.

Orlando-based Beep in September started running an autonomous shuttle service in Lake Nona, FL. Like similar projects around the world, the shuttles ferried people around town on fixed routes. But then the COVID-19 pandemic put an end to large amounts of people needing rides and the service was put on pause.

Now, rather than let the vehicles sit idle, the company has retasked its vehicles to deliver food – specifically, pizza – to health-care workers at the Orlando VA Medical Center in Lake Nona.

Beep says it is working with a local restaurant, Park Pizza & Brewing, to deliver the pies, which are being donated by Beep and the restaurant. Sealed pizza boxes are loaded on a cart by restaurant employees and secured in the shuttle. Hospital staff then transfer the cart inside after it has traveled the mile (1.6 km) or so from the restaurant. 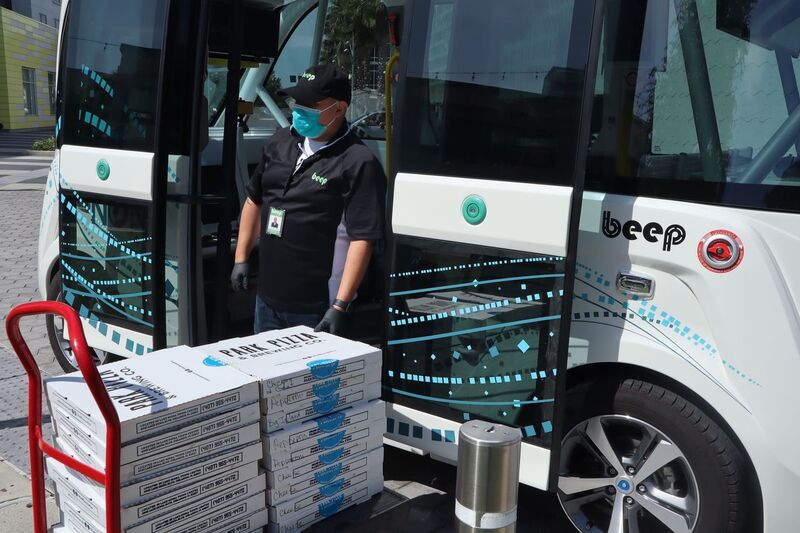 Beep says using the autonomous shuttle to move the pizzas allows the food to arrive safely and does not require hospital staff to leave the campus to get food, although an onboard shuttle attendant is involved in the delivery.

"Mobilizing our team to serve the health-care workers at the Orlando VA Medical Center was a way for us to repurpose our existing autonomous shuttle fleet to help the Lake Nona community where we are headquartered," Beep CEO Joe Moye says in a statement. "Our team was able to program the shuttle with a new route onto the Orlando VA Medical campus within days of the request and with the help and approval of NHTSA."

Beep says it is talking to other local establishments about ways to keep the autonomous shuttles working while the COVID-19 situation continues to restrict regular movement. 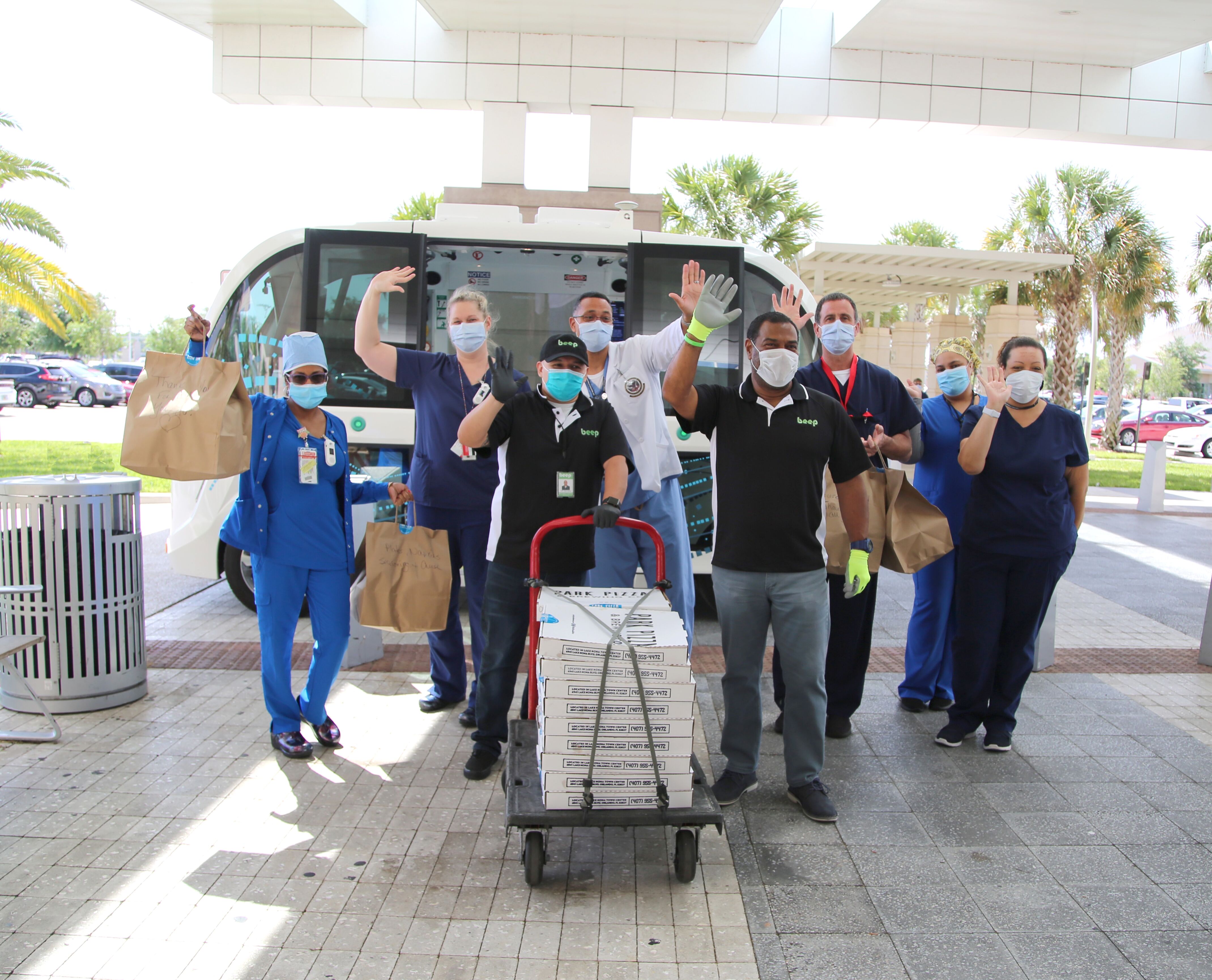 If the shuttles look a bit familiar, that's because they were made by Lyon, France-based shuttle manufacturer Navya and have been used in other autonomous projects, including Las Vegas and Ann Arbor, MI.

Beep recently arranged for some of its Navya shuttles to transport COVID-19 samples between a roadside test location outside the Mayo Clinic in Jacksonville, FL, to the nearby laboratory.

"We are currently finalizing future delivery dates with Lake Nona's planned developer and Beep partner, Tavistock," Moye says. "We are also exploring other delivery opportunities with Tavistock to adapt our services during this challenging time."