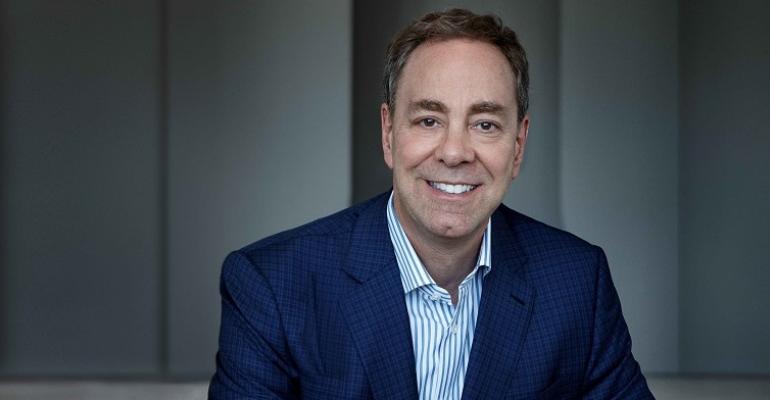 We’ll see an evolution rather than a revolution," Irwin says. "I’m not expecting a big bang."
Vehicles

A new Accenture report, “Mobility Services: The Customer Perspective” derives from survey-taking in the U.S., China and Europe.

The consultancy polled people as to what they think about eventual automotive ownership, impending self-driving vehicles, the exploding alternative-mobility industry and where they might live in the coming autonomous-vehicle age, whenever that might be.

In a Wards interview, he talks about the survey and its results. Here is an edited version of the Q&A.

Wards: Was there anything in the results that surprised you?

Irwin: There was. This sort of thing is helpful to do on a trend basis over time to see where the consumer mindset is. We’ve all lived through the electrification paradigm where the take rate on electric vehicles hasn’t moved that much in 10 years, not as much as we expected. 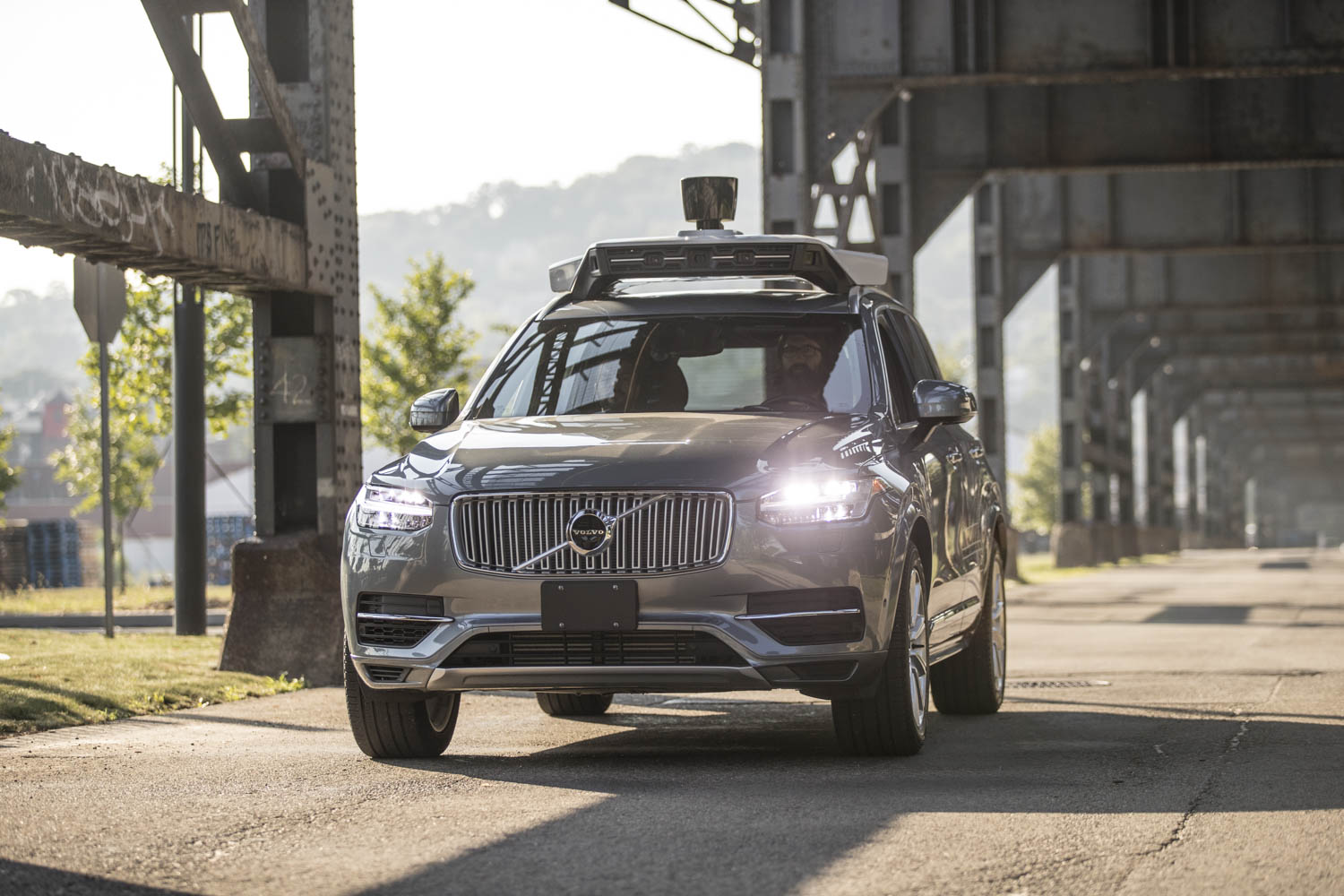 So, as we look at industry investments in electrification, connectivity, autonomous vehicles and shared vehicles, it is important to understand where consumers are on their individual journey. That’s the genesis of our research. (Uber autonomous car testing, left)

A positive we found is the number of consumers who would be interested in a different mobility solution. No one is saying car ownership is going away. But alternative models have been well-received. One is car sharing, either in an autonomous-car application or not.

What’s interesting is the group that’s most inclined to this alternative consists of premium-vehicle consumers.

Irwin: A lot of factors go into the evolution of alternative-mobility solutions. One is generational preferences. Younger people today perhaps are less enamored by cars and ownership.

The rule of thumb is that ownership cost roughly averages $1 a mile in the U.S. An Uber ride typically is more than that.

A more affluent consumer can afford a luxury vehicle and a more-expensive mobility solution over the long term. If it is once in a while, cost generally is less of a factor.

Wards: Your survey indicates automotive-brand value is losing importance. Why?

Irwin: If you take out ownership, experience of the journey becomes paramount. People can achieve that experience through multiple brands. Brand becomes secondary. Your relationship is more with the mobility-service provider than with a vehicle manufacturer.

Wards: Back to the luxury thing. Why would someone not care that much about riding in a luxury ride-hailing car if they own a luxury car? You’d think they’d want luxury both ways.

Irwin: Right. My take on the research wasn’t that their experience wasn’t going to be luxury-centric. It’s simply that they wouldn’t necessarily need to own that vehicle.

Wards: You said ownership is not going away. Where is it going?

Irwin: The story here is that consumers will have more choices. Today, a household that may own three vehicles may decide they don’t need the third and would rely instead on mobility services.

Many forecasts show soft auto-industry sales over the next couple of years, but then a rebound to numbers greater than the 17 million we’re flirting with this year. Over the longer term, the forecasting houses are aligning vehicle ownership, be it ownership by individuals or mobility-service providers.

Wards: Extrapolating to the coming era of autonomous vehicles, should automakers worry or change their game plans?

Irwin: Dealers and OEMs need to be thinking about the new reality in which these shared-vehicle service providers are part of the landscape. But so too will personal ownership. It becomes an “and” environment rather than an “or” environment.

Wards: What would be an example of a mobility solution automakers could partake in?

Irwin: We’ve seen them pop up. General Motors and Maven is a great example of an OEM finding a way to participate in that marketplace. We’ll see a number of iterations of how to best serve the new ecosystem’s constituents, which would be (ride-share) drivers and passengers alike.

You can see different applications. One is maybe providing enhanced connectivity to passengers. Another is making “ownership” easy for the driver/ business operator by bundling together financing, insurance and maintenance.

Wards: People you surveyed like the idea of add-ons for autonomous mobility trips – things like streaming videos and wellness services. Who would provide those extras? 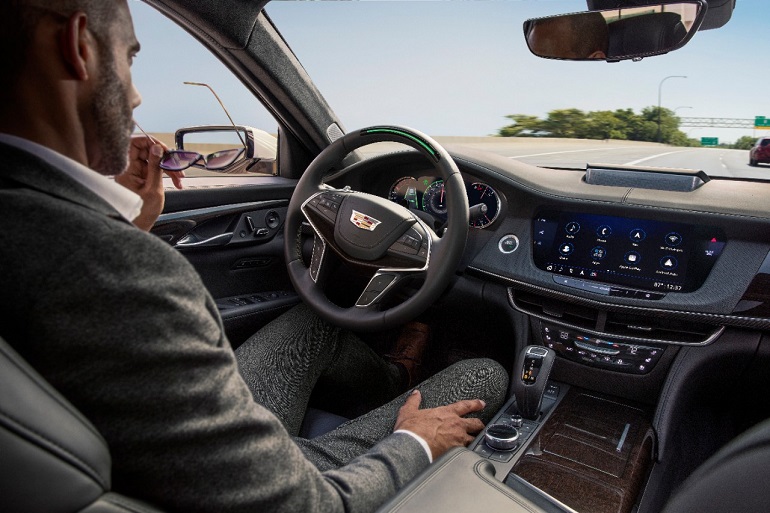 Irwin: This is uncharted territory. The OEMs and dealers are well-positioned in today’s ecosystem. But it would be fair to say, as we’ve seen in the past, that disruptors will continue to enter that space. (Cadillac's Super Cruise system is semi-autonomous.)

Wards: In the survey, a number of people show a willingness to move farther out of cities when autonomous vehicles become a reality. For lack of a better term, will we see more urban sprawl?

Irwin: It’s absolutely a possibility. It wouldn’t be the first time. Last century, when we converted from horse-drawn vehicles to gasoline vehicles, we saw a migration from the cities to rural areas. It’s not unreasonable to see something like that happen again. But at the same time, we’re seeing urbanization as an emerging trend. You have two opposing forces here.

Wards: Do you foresee the autonomous era as a completely different world that we might not recognize?

Irwin: We’ll see an evolution rather than a revolution. I’m not expecting a big bang. If you think of autonomous vehicles at levels 2, 3, 4 and subsequently five (the highest: full self-driving), it is a gradual process we’re going through. The adoption becomes easier. You can go to a dealership today and buy some vehicles with level-2-plus advanced driver-assist technology.

Wards: It might make potential cultural and geographical changes easier to adapt to if society is doing it on a step-by-step basis with those autonomous levels.

Irwin: That’s exactly right. We’re not going to flick a switch and next Monday all vehicles will be autonomous.

Wards: At one time, some people thought it almost would be that quick.

Irwin: Today, it’s clear that moving to level 5 is not happening as fast as some people had once thought.

Wards: When will it happen?

Irwin: It’s hard to say. Just in the last few months, expectations have been pushed forward four or five years. We typically don’t try to guess a date. But suffice to say, those people who thought we’d be there by 2020 greatly underestimated what it takes to deliver a fully autonomous vehicle.

Wards: Presumably they have a little more than two months left to hit that 2020 goal.