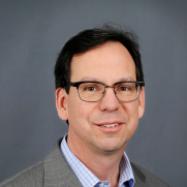 Ford Explorer Wins 'Best in Show' Among 10 Best UX Winners
Oct 08, 2019
All 10 winning vehicles were on display at the conference and power inverters allowed conference attendees to climb behind the wheel, navigate the touchscreen, experience the high-resolution graphics and toggle...

Ford Mustang’s New EcoBoost Cements Era of 4-Cyl. Muscle Car
Sep 20, 2019
Acceleration with the new EcoBoost engine is linear, and it feels much more stout than the base 310-hp 2.3L, which tends to run out of breath at high rpm. On paper, these two engines are separated by 22 hp, but it...