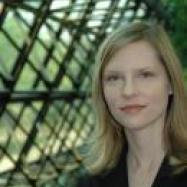 2019 Ford Ranger Ideal Mix of Capability, Comfort
Jan 03, 2019
The long-awaited return of Ford’s smallest pickup finds the Ranger offering something different than the competition, namely the segment-leading Tacoma. And that’s a good thing.

Land Rover Defender Returns to U.S., Canada in 2020
Dec 27, 2018
Beloved by celebrities but not by government safety advocates, the Defender will return to the U.S. market after a 20-year absence.

EV Infrastructure Charges Up
Dec 17, 2018
Infrastructure for electrified vehicles, namely BEVs, is getting a boost via thousands of new charging stations expected to come online in the U.S. in the next eight years. Meanwhile, charging speeds and times are...

Hyundai Reveals New Flagship Palisade Large CUV
Nov 29, 2018
Replacing the Santa Fe XL as Hyundai’s 3-row crossover, the new Palisade fixes a problem with that model: little room to get into and out of the third row.

New Corolla Sedan Unveiled, Hybrid Due
Nov 16, 2018
A new engine, more agile handling and a “minimal” interior are a few features of the ’20-model sedan, on sale in the U.S. in March next year. A hybrid model debuts at the L.A. auto show Nov. 28.

Acura Hones Small-Batch Manufacturing With NSX
Nov 05, 2018
Much like artisanal whiskey or candles, Acura takes its time and pores over every detail of the NSX supercar during its creation process.
Load More