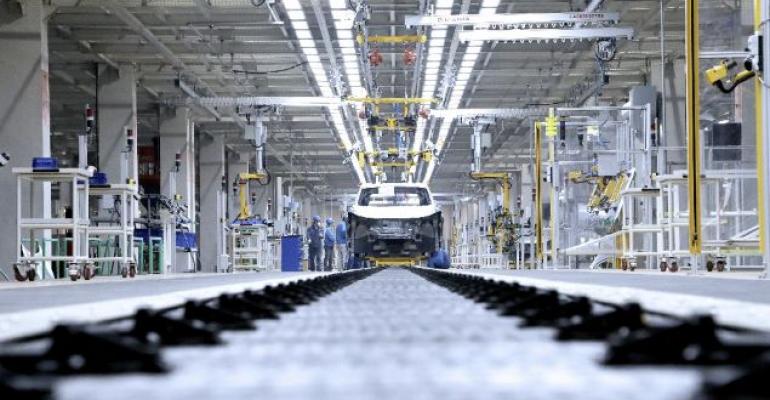 The SAIC Volkswagen plant is scheduled to start ID. model production at the same time as a plant belonging to the FAW-Volkswagen JV in Foshan, resulting in a combined capacity of 600,000 units per year.

The first pre-production model of Volkswagen’s battery-electric ID. car rolls off the production line at the automaker’s newest Chinese factory.

Just one year after breaking ground at the plant in Anting, Shanghai, VW’s Chinese joint venture, SAIC Volkswagen, has announced the factory is ready to begin production testing ahead of full production expected within a year.

The move comes days after global ID. manufacturing launched in Zwickau, Germany. Full series production in the new Anting factory is planned to begin in October 2020, with an annual capacity of 300,000 vehicles.

The plant is scheduled to start ID. model production at the same time as a plant belonging to the FAW-Volkswagen JV in Foshan, resulting in a combined capacity of 600,000 units per year. VW says it plans to increase local production in China to as many as 15 MEB models from different brands by 2025.

Herbert Diess, chairman of the board of management of VW, says: “The Volkswagen Group projects a total volume of 22 million all-electric cars worldwide by 2028, with more than 50% of that from China. 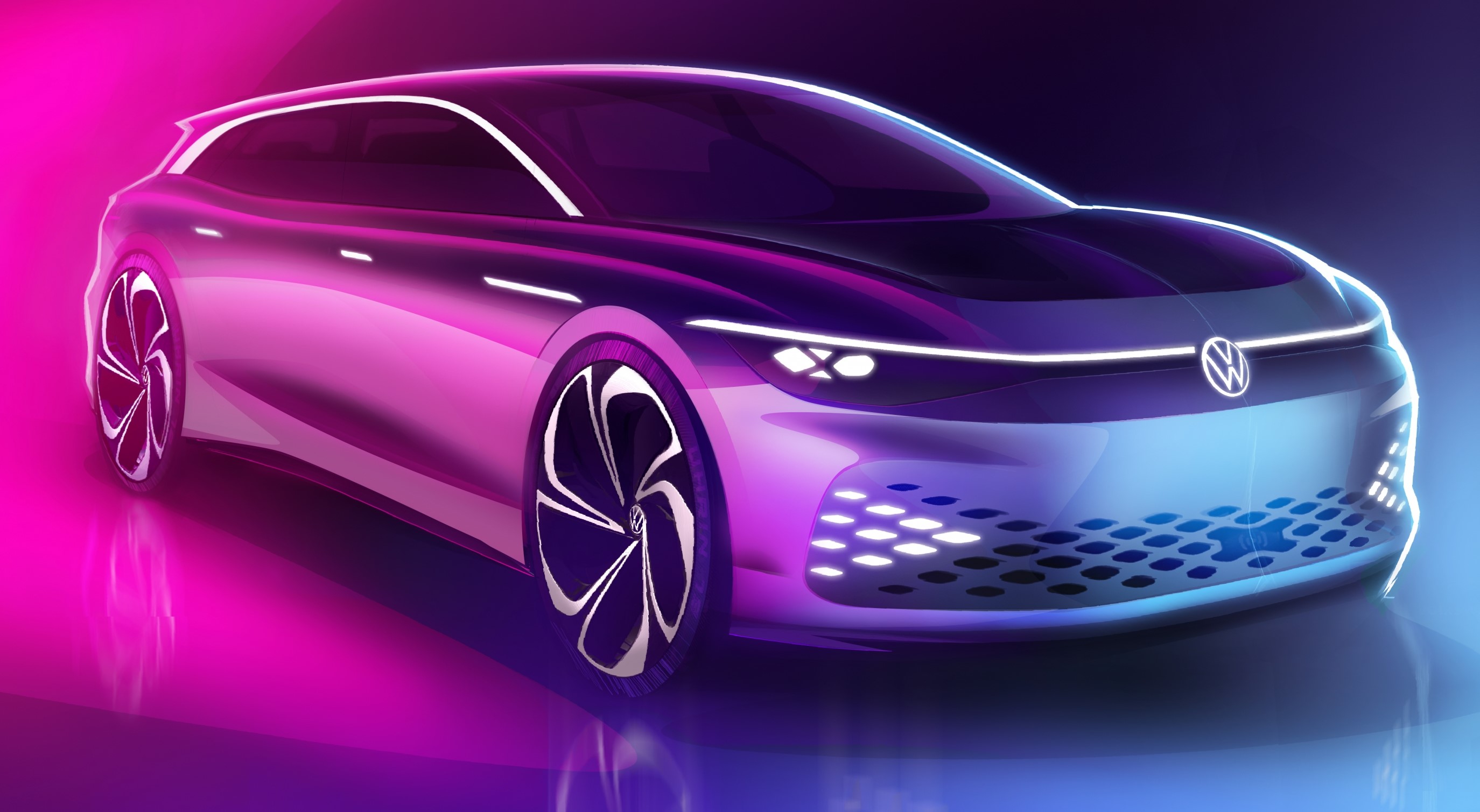 “The country plays a crucial part in our electrification strategy, which will pave the way to Volkswagen’s goal of becoming net carbon-neutral by 2050. Together with the start of MEB production, we will launch the Volkswagen ID. family in China as well, a brand-new generation of fully electric and connected vehicles.”

Meanwhile, VW announces it will debut the ID. Space Vizzion concept (above, left) on Nov. 19 on the eve of the Los Angeles auto show.

The automaker describes the ID. Space Vizzion as “a crossover of tomorrow that combines the aerodynamic characteristics of a Gran Turismo with the spaciousness of an SUV.”

Also based on the MEB platform, the seventh member of VW’s family of ID. battery-electric concepts has a range of up to 300 miles (480 km) and a fully digitized cockpit. The interior uses sustainable raw materials such as AppleSkin, described by the automaker as a vegan alternative to leather.

The production version of the ID. Space Vizzion will be released in late 2021 in different versions for North America, Europe and China.