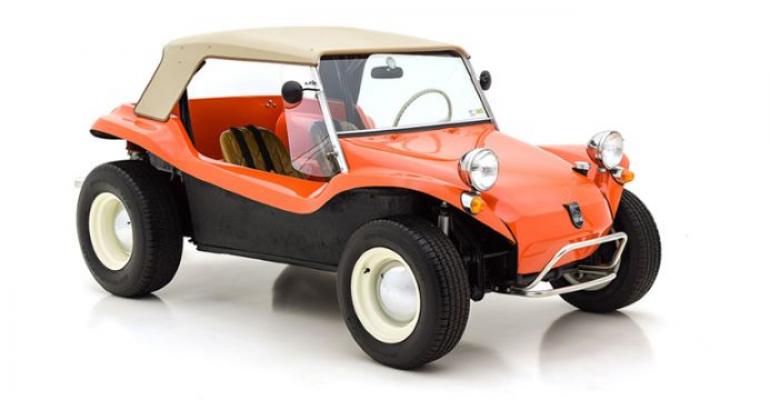 While shrouded in secrecy, the new electric dune buggy is said to be under “active consideration” as a possible addition to VW’s upcoming lineup of zero-emission I.D. production models.

Volkswagen may resurrect the classic Meyers Manx dune buggy as a modern-day electric car featuring key elements of its new modular EV platform as well as the electric driveline destined to power next year’s I.D. hatchback.

The new 2-seater, currently under construction as a concept at Volkswagen’s Braunschweig-based R&D center in Germany, is described as a modern interpretation of the original rear-engined, Beetle-based Manx buggy. It’s an open-top design featuring a low-set body, free-standing windshield, sturdy rollover bar and large wheels.

While shrouded in secrecy, the new electric buggy is said to be under “active consideration” as a possible addition to VW’s upcoming lineup of zero-emission I.D. production models. The first of these, a production version of the earlier ID hatchback concept, is to be unveiled during third-quarter 2019.

A VW source tells Wards the new dune buggy is among three retro-themed I.D. models masterminded by CEO Herbert Diess. It is planned to complement the Microbus-inspired I.D. Buzz and a secret new 5-door hatchback model described as a “contemporary re-creation” of the iconic Beetle.

VW plans to unveil the concept of the new electric-powered dune buggy in March at the Geneva auto show.

The original Manx was designed for desert racing by Californian Bruce Meyers. It was produced between 1964 and 1971 in the form of a kit car based around the shortened chassis of the original VW Beetle.