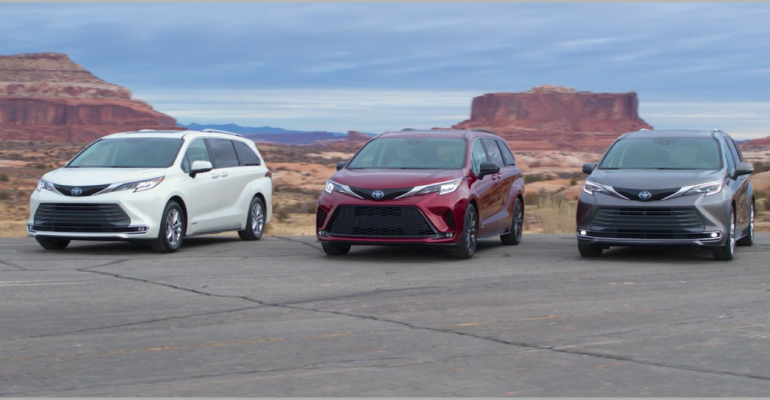 Unlike other Toyota models offered in both gasoline and hybrid-electric versions, including the Camry, Corolla, Highlander, RAV4 and Avalon, the ’21 Sienna and Venza will follow the lead of the Prius and come only in hybrid guise.

Toyota takes two more steps toward its goal of 100% electrification across its product lineup by 2025 with hybrid versions of the Sienna minivan and revived Venza midsize CUV.

Unlike other Toyota models offered in both gasoline and hybrid-electric versions, including the Camry, Corolla, Highlander, RAV4 and Avalon, the ’21 Sienna and Venza will follow the lead of the Prius and come only in hybrid guise.

The hybrid powertrains in part are a response to dealers saying customers are demanding good fuel economy and performance as well as wanting to express environmental consciousness, Jack Hollis, group vice president and general manager-Toyota Div., says Friday during a conference call with journalists.

The Venza, returning to the U.S. market after being discontinued in 2015, will slot above the 2-row RAV4 and below the 3-row Highlander. The 2-row Venza has more of an urban feel and is “more premium than you would expect out of a RAV,” says Bob Carter, executive vice president-sales, Toyota Motor North America.

The Venza’s 2.5L 4-cyl. hybrid powertrain delivers 219 hp and an estimated combined city/highway 40 mpg (5.9 L/100 km), smaller than the 2.7L 4-cyl. offered alongside a 3.5L V-6 in the ’15 model. But the instant torque generated by the new hybrid powertrain creates a “feeling of performance,” Carter says. 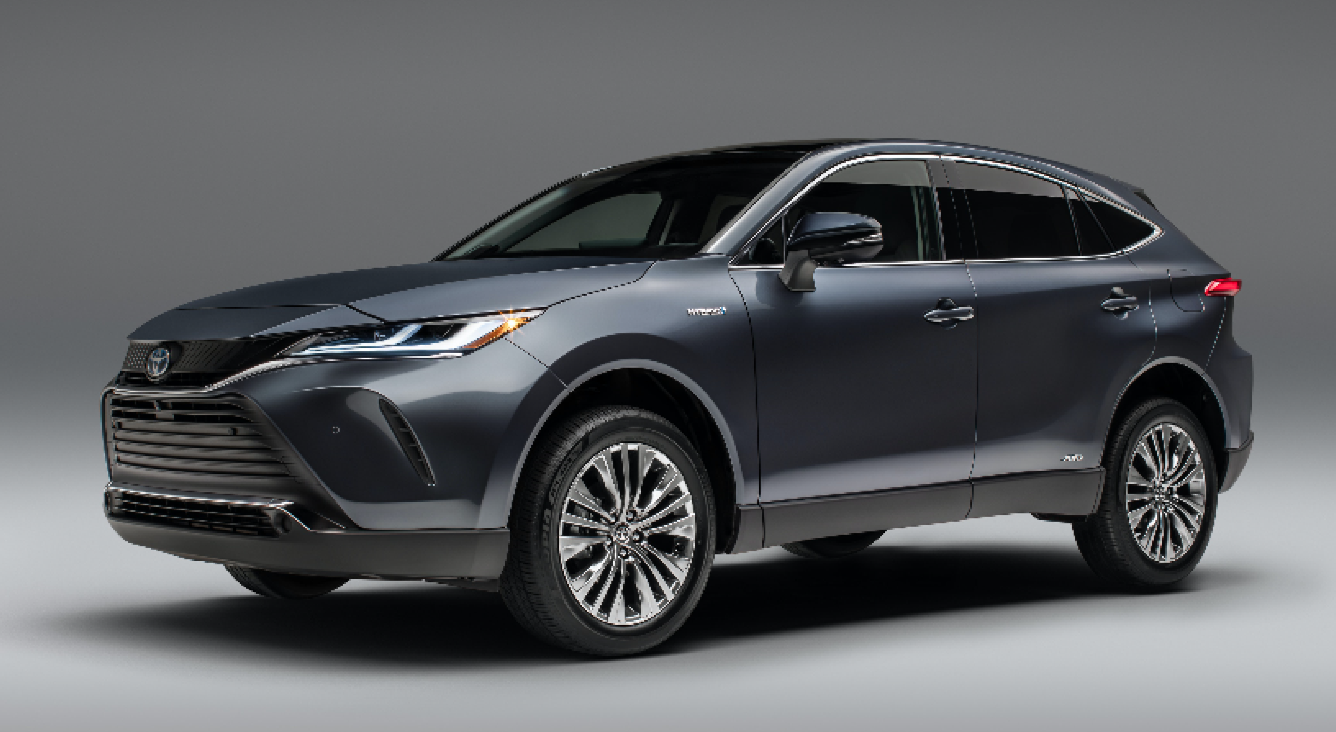 The Sienna will become the second hybrid minivan offered in the U.S., after the Chrysler Pacifica plug-in hybrid, when it goes on sale toward the end of the year. The PHEV version represents 5% of the 26,614 Pacificas sold so far in 2020, Wards Intelligence data shows.

Toyota's first-year sales projection for the hybrid '21 Sienna is 100,000 units. Annual sales of the gasoline-powered Sienna fell below six digits for the first time in seven years when Toyota delivered 87,672 units in 2018, Wards Intelligence data shows. Volume so far this year totaled 12,845.

Adds Benjamin Jimenez, studio chief designer for Calty: “It’s not just a kid hauler. It puts it in another emotional state.”