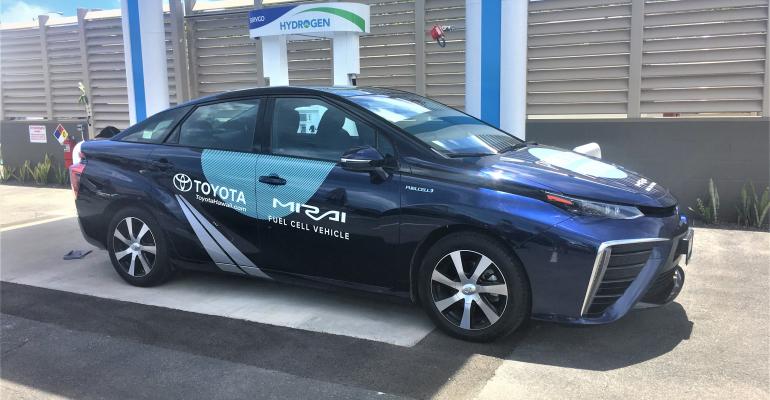 Toyota Industries’ focus on fuel-cell forklifts gives a glimpse into Toyota’s fuel-cell program and the next-generation Mirai due out in 2020 or 2021.

TOKYO – Toyota Industries, in parallel and conjunction with Toyota, is advancing into fuel cells.

Its lineup includes both battery and combustion-engine types.

The company developed a fuel-cell forklift prototype in 2004, then in 2016 brought its first unit to market. So far it has delivered 160 units to airports, seaports and factories including Chubu and Kansai international airports serving greater Nagoya and Osaka, the port of Yokohama and two Toyota auto plants.

In the U.S., its technology has drawn interest from automated warehouse operators including Amazon and Cisco.

“It takes three minutes to refuel one, the same time as a gasoline- or diesel-powered forklift, which compares to six to eight hours for a battery-powered unit,” Yoshikawa tells Wards.

This, of course, is not practical for 24-hour warehouse operations and effectively means each forklift needs three battery packs, one to power the forklift and two replacement units to be recharged during the shift.

Meanwhile, Toyota Industries’ focus on fuel-cell forklifts gives a glimpse into Toyota’s fuel-cell program and the next-generation Mirai due out in 2020 or 2021.

The cells are the same, according to Yoshikawa, although stack structures are different. The Mirai stack incorporates 370 cells; Toyota Industries’ forklift, 82.

Whether there will be any changes in cell numbers when Toyota opens a new fuel-cell manufacturing plant next year is not clear, but Toyota Industries has committed to using Toyota cells – again – for its next-generation stack.

Neither company offers details about expected improvements in cell design or performance other than the automaker’s general target: to reduce stack size and fuel-cell system cost 30% and 50%, respectively, from 2015 levels.

Toyota manufactures cells for the Mirai, the Toyota Industries forklift and a recently launched bus at its Honsha plant in Toyota City. The automaker then assembles the Mirai and bus stacks on a small line – about 12 units per day – at the plant. 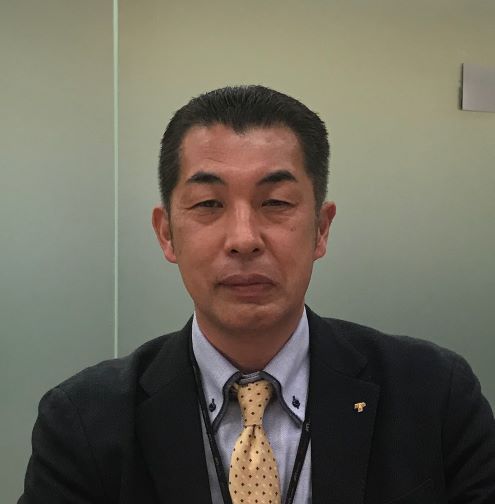 Toyota Industries assembles stacks for its fuel-cell forklift – including key components such as the anode, cathode, proton-exchange membrane and separator – at its Takahama plant.

It also supplies the air compressor, hydrogen circulation pump and   inverter for the Mirai.

Yoshikawa declines to comment about future plans, although he notes the supplier makes the fuel-cell electronic control unit and DC/DC converter for its forklift. This may be relevant because Toyota Industries makes DC/DC converters for Toyota hybrid cars, and thus could be a candidate for the new Mirai.

Coinciding with Toyota Industries’ joint development activities with Toyota, the company is evaluating various fueling technologies as a participant in several national demonstration projects. Included are compressed hydrogen gas made from solar, wind and geothermal power, as well as liquid hydrogen.