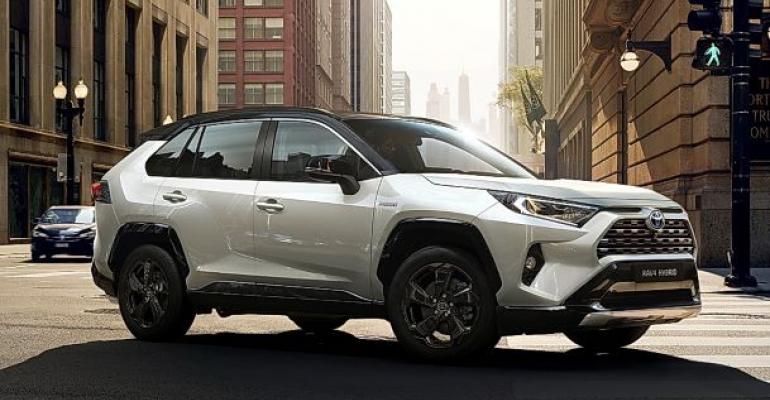 MADRID – Toyota and its Lexus luxury brand sold a combined 69,769 hybrid-electric vehicles in Spain in 2019, accounting for 85.5% of deliveries in that segment.

The Toyota and Lexus brands contribute the most to environmental sustainability, according to “Spaniards in the Face of New Mobility,” an independent study conducted by Pons Seguridad Vial, a Spanish consultancy specializing in responsible mobility and road safety.

“Record figures for 2019 have been made possible by the product offensive carried out with the launch of the RAV4 Hybrid, the Corolla Hybrid, GR Supra and Camry hybrid models by Toyota and UX, ES and RX L (hybrids) by Lexus,” says Miguel Carsi, president and CEO of Toyota Spain.

Toyota Spain this year plans to launch a new, more efficient Yaris subcompact, a refreshed CH-R CUV, the battery-electric Lexus UX300e and a convertible version of the Lexus LC500.

In late 2019 Toyota registered its first Mirai fuel-cell vehicle in Spain, and in 2020 Madrid will get its first hydrogen fueling station.

Also in 2020, Carsi says the first Toyota vehicle to be manufactured in Spain, the Toyota Proace City light-commercial vehicle, will be built at French automaker PSA’s plant in Vigo. It will be offered in both van and passenger versions.