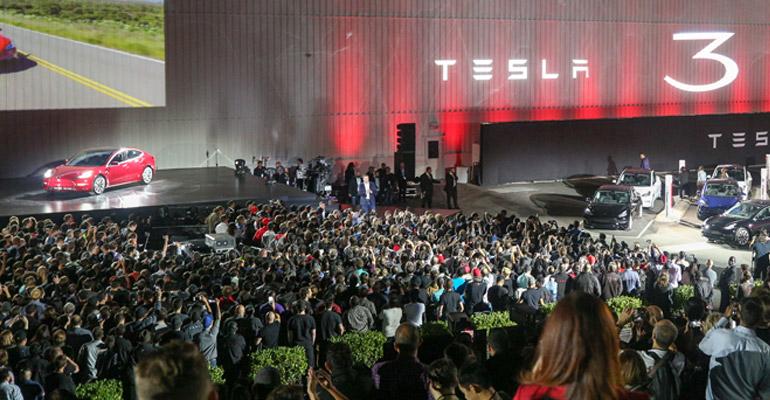 If monthly sales of BEVs and PHEVs mimic September’s rates (19,412 for BEVs and 10,062 for PHEVs), the 1 million mark should be reached by November.

Total sales of plug-in vehicles in the U.S. soon will hit 1 million units.

From 2008, when the modern electrification era began with the launch of the Tesla Roadster, through Sept. 30, 2018, U.S. sales of plug-in vehicles (plug-in hybrids and battery-electrics) stand at 956,348, Wards Intelligence data shows. Pre-2008 sales roughly number 2,200 units.

If monthly sales of each continue at September’s rates, the 1 million mark should be reached sometime in November.

Making up nearly half the BEV total is Tesla. While the Roadster wasn’t much of a player, the Model S large sedan, Model X CUV and new Model 3 midsize sedan together have racked up sizable numbers.

The Tesla Model X is No.4 in total BEV sales, followed by the BMW i3, which just edged out the Chevy Bolt.

Rounding out the PHEV top five are the Ford Fusion, Ford C-Max and BMW X5.

BEV annual volume and PHEV annual volume had been similar, but since 2015 BEVs have been the dominant force in plug-in sales. Tesla’s U.S. volume since 2016 helped push BEVs well ahead of plug-in hybrids.

Both plug-in hybrids and BEVs have lagged acceptance rates of more conventional hybrids. While PHEVs can operate solely off their gasoline engines, their greatest fuel economy is realized by keeping their batteries charged. BEVs have no backup powertrain, and their batteries must be kept charged.

While it may have taken nearly 11 years to achieve 1 million plug-in sales, forecasts indicate the second million should come much more quickly.