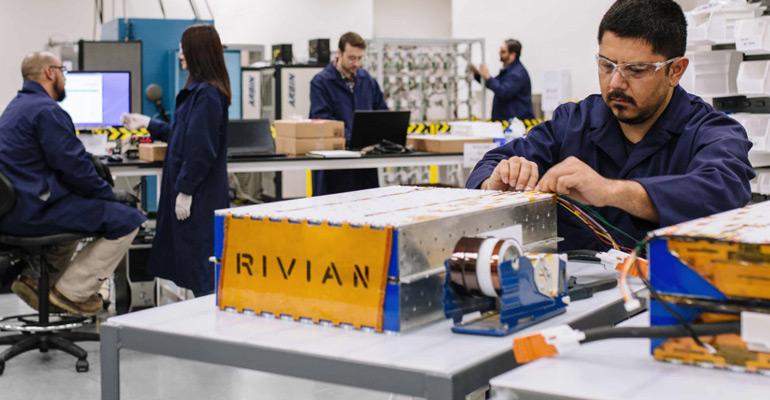 Rivian says its first two vehicles will have all-electric range of 450 miles.
Vehicles>Powertrain

Rivian plans to launch an all-electric five-passenger pickup truck in 2020, followed by a seven-passenger SUV. The company has said the vehicles will cost between $50,000 and $100,000.

Rivian, a California-based startup building electric vehicles, is preparing to unveil a battery-electric pickup truck and a three-row SUV at the Los Angeles auto show in November that could change the perception of EVs.

R.J. Scaringe, Rivian’s founder and CEO, says during a talk at this week’s “Disrupters Event” sponsored by the Original Equipment Supplier Assn. that the auto industry is on the verge of sweeping change. “Think about the tech industry in 1991,” he says.

By the time Rivian launches in 2020, it hopes to be able to build 50,000 vehicles annually at the plant it acquired from Mitsubishi in Normal, IL. The company has confirmed raising $500 million in venture capital.

But no one knows how the future will play out for established manufacturers that have dominated the industry for a century or component suppliers or startup companies such as Rivian.

The barriers to entry have dropped significantly over the past decade, and China now is serving as the incubator for dozens of new companies preparing to build electric vehicles.

“There is no consensus,” on what the mobility industry will look like in the future, Scaringe says. “We’re only at the beginning of the journey.”

Scaringe notes, “periods of uncertainty also create opportunity” and says no one was predicting the demise of BlockBuster and Sears in the early 1990s or the rise of Amazon, which came to market in 1994.

Rivian plans to launch an all-electric five-passenger pickup truck in 2020 followed by a seven-passenger SUV. The company has said the vehicles will cost between $50,000 and $100,000.

The two vehicles being readied for their debut this fall ride on a “skateboard” platform that will incorporate the large battery pack said to give the Rivian vehicles a range of 450 miles (724 km).

Scaringe promises 0-60 mph (97 km/h) sprints of 3 seconds and says the SUV will perform better off-road than a Jeep or Land Rover.

Rivian is developing four other vehicles from the same platform. Rivian plans to share the platform with other vehicle builders it was created with the intent that it also could underpin a self-driving, autonomous vehicle.

The electrification of vehicles is well under way. Scaringe (see photo below) is convinced EVs eventually will rule the automotive space, even if it takes decades, and that established manufacturers and traditional suppliers are probably capable of managing the switch from the internal-combustion engine.

What’s more difficult to discern is the path from today’s personally owned vehicles are part of a fleet to be shared by individuals when needed. 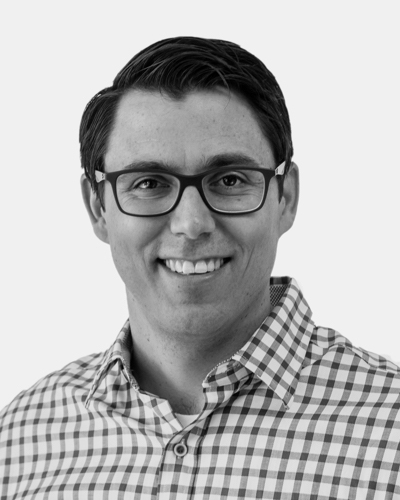 “Purchasing a vehicle was the only practical way to access miles, but it opens up a whole new range of services if you change the ownership model,” he says.

Until now, vehicles from major manufacturers such as Toyota, Ford, Honda and General Motors have been designed for what Scaringe describes as the “average use case.” But in the future there will be room for special-use vehicles.

As car ownership begins to fade in favor of subscription or other car-sharing models, the business of delivering mobility services also will shift, he says. On the one end will be short trips or commuter-oriented business travel in which the ride is a commodity, although users still will be able to choose the vehicle they ride in, even if it’s autonomous.

At the other end of the market will be a more premium and experience-oriented market where Rivian expects to make its stand. “We wanted to build a brand that can transcend the shift away from steering wheels,” Scaringe says.

When he set out to establish a car company in 2009, Scaringe says investors didn’t want to talk to him. “It was absolutely the worst time,” he says. “General Motors and Chrysler had gone bankrupt and no one knew what Tesla was doing.”

But perceptions on Wall Street have shifted dramatically, and money now is plentiful in what has become the mobility sector, says Scaringe. His fledgling company has attracted interest from traditional suppliers who have new technology to sell, he says.

When Scaringe first launched Rivian in 2009, it began work on a sport coupe that could carry four passengers, but he ultimately shelved that project in favor of a broader more flexible vehicle.

Rivian elected to build a pickup truck because it wants to sell a vehicle that could support the latest technology. Prices for pickups have risen steadily over the past two decades, indicating they were an ideal platform for new technology. With more than 450 employees based in California and Michigan, Rivian wanted to make sure their vehicles were well-built and well-equipped.

“Pickup trucks are the most premium vehicles today,” Scaringe says.