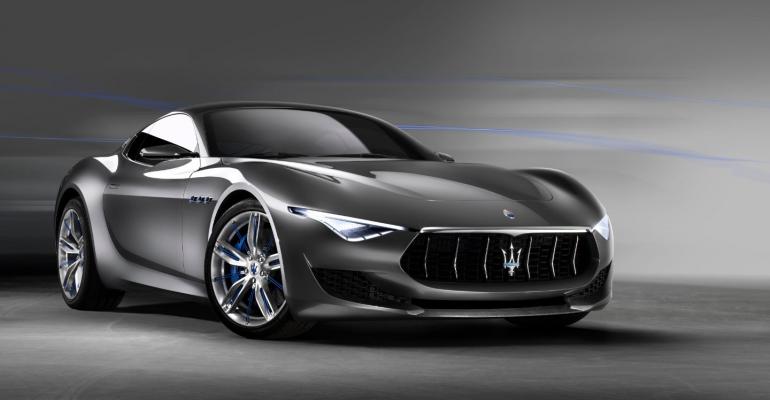 The 2-seater, based on the earlier Alfieri concept, will see pilot production next year with customer deliveries in North America likely in early 2021.

Maserati announces plans to upgrade its Modena, Italy, factory in preparation for production of its new electric-powered Alfieri sports car.

The Italian automaker confirms its long-term commitment to production in Modena, where it has been based since its creation in 1939, following talks with local government officials and union representatives.

The traditional Maserati site will focus on the production of “special high-performance, high-technology sports cars,” according to a news release announcing work will start on the factory upgrade this autumn.

Once the upgrade is completed, Maserati will begin pilot production of the new sports car in first-half 2020 with customer deliveries in North America likely in early 2021.

Maserati confirms it is putting the long-awaited 2-seat Alfieri into production as part of a five-year business plan announced last June.

The production version of the Alfieri is based on a concept first revealed in 2014 with a gasoline V-8. Wards has learned it will be sold in coupe and convertible forms with a choice of electrified drivetrains.

Included is a plug-in hybrid drivetrain featuring an electric motor, gasoline V-6 and lithium-ion battery. Also planned is a battery-electric drivetrain, details of which remain under wraps more than a year ahead of the launch.

Former Maserati CEO Tim Kuniskis, who now heads Alfa Romeo and Jeep following the return of Harald Wester to lead Maserati last October, said in a 2018 interview the new sports car will be capable of delivering a 0-62 mph (100 km/h) time in around 2.0 seconds and a top speed of more than 186 mph (300 km/h) by using active aerodynamics.

The Alfieri is expected to succeed the Granturismo and Grancabrio at the head of the Maserati range.

Maserati already has announced plans to renew its entire lineup. Among the new models being developed and planned for introduction before the end of 2022 are replacements for the Quattroporte, Ghibli and Levante. Kuniskis also has said a new SUV model is planned to be positioned below the Levante.