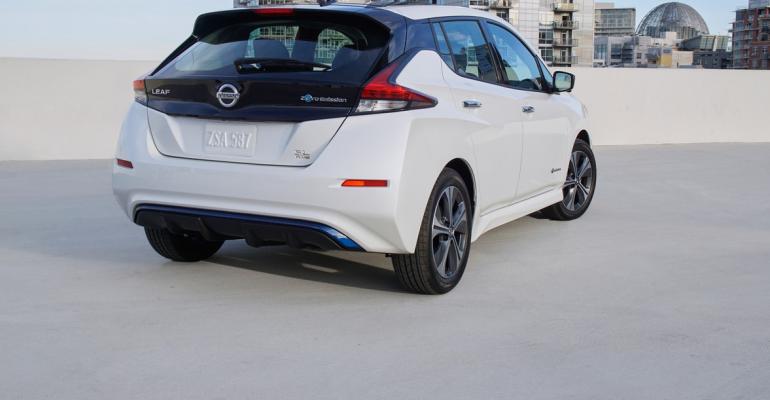 Green NCAP tests do not take into account the energy involved in generating electricity or producing fuel. “On this basis, electric cars offer the cleanest, most efficient motoring,” it says.

The battery-electric Nissan Leaf is the only vehicle in the latest round of testing to win five stars from the Green New Car Assessment Program, Europe’s new initiative to promote consumer awareness of environmentally friendly cars.

The Opel/Vauxhall Corsa receives four stars in its 1.0L gasoline form based on its low emissions and energy efficiency.

“In recent years, diesel has been stigmatized as a dirty fuel, but the Mercedes C220d 4Matic shows it needn’t be,” Green NCAP says in a statement.

The C220d 4Matic scored maximum points for the clean-air index, the same as electric vehicles.

“While EVs produce no pollutant emissions, those of the Mercedes were below Green NCAP’s high-performance threshold, meaning that it scored maximum points,” says the organization backed by the New Car Assessment Program in cooperation with European governments.

“The car’s three-star rating was defined by its performance in energy efficiency…a reasonable rating for such a car.”

The three-star, CNG-fueled Audi A4 Avant g-tron is compliant with Euro 6b emissions standards. The cars still can be sold in the European Union but soon must be upgraded to meet new requirements.

“While the g-tron operates almost exclusively on CNG, it also has a small emergency petrol (gasoline) reserve to get it to the nearest gas station,” Green NCAP says.

“Both fuel modes were tested, the score and star rating being based on the CNG results with penalties if performance on petrol was significantly worse.”

The fifth-generation Corsa, developed by General Motors before it sold Opel/Vauxhall to French automaker PSA, received four stars. The car will be replaced later this year with a Peugeot-Citroen-derived model.

Green NCAP says four stars is a creditable result for a gasoline-engine vehicle, and the model performs especially well in its control of pollutant emissions.

Green NCAP tests vehicles tank-to-wheel – only the emissions generated once it is on the road – and does not take into account the energy involved in generating electricity or producing fuel.

“On this basis, electric cars offer the cleanest, most efficient motoring,” it says.

“Green NCAP hopes to be able to assess well-to-wheel emissions and, ultimately, the whole lifecycle of vehicles to give an even more realistic view to consumers.”