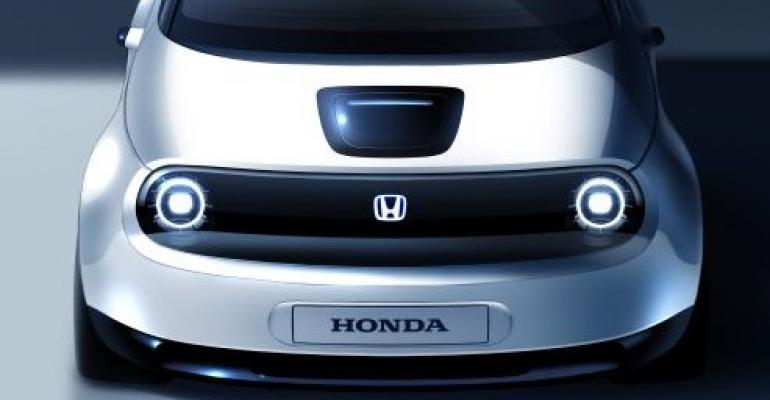 Honda says the debut at the show from March 7-17 is a further step in its commitment to putting electrified technology into two-thirds of European sales by 2025.

Honda confirms the global premiere of a prototype version of its Urban battery electric vehicle at this year’s Geneva auto show.

Honda says the debut at the show from March 7-17 is a further step in its commitment to putting electrified technology into two-thirds of European sales by 2025.

A production version of the Urban EV will go on sale later this year. No details yet on pricing, battery options or range.

The Japanese automaker revealed the EV as a 3-door design concept at the 2017 Frankfurt auto show, where enthusiastic reaction prompted Honda to approve a production model.

Media sightings of the car during road testing indicate it will be a 5-door model with design changes to meet pedestrian-crash-safety regulations. A photo of the prototype shows wing mirrors have been replaced by small cameras that send video footage to dashboard monitors.

American Honda officials recently told Wards the Urban EV would not be coming to the U.S., due to its relatively small size and a range projected to be too close to that of Honda's Clarity EV. The Urban EV's projected range is 125 miles (201 km) on a fully charged battery, while the Clarity Electric goes 89 miles (143 km) on a full charge.