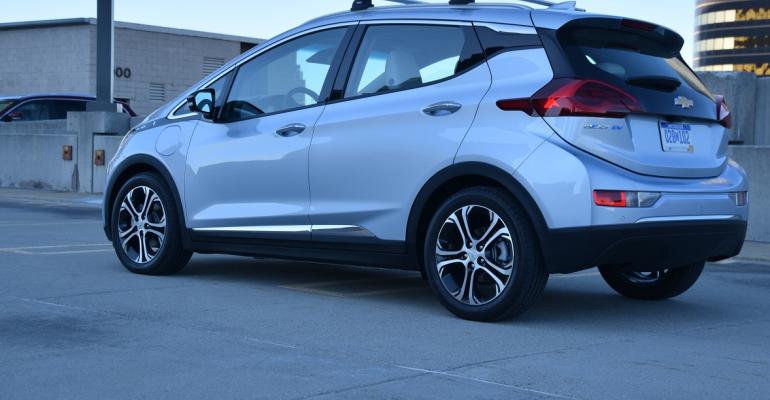 The nationwide program could reduce carbon-dioxide emissions by 375 million tons between 2021 and 2030 compared with the existing ZEV program, on which it would be modeled, GM says.

General Motors calls for a national zero-emissions-vehicle (NZEV) program, a 50-state initiative the automaker says has the potential to put more than 7 million long-range electric vehicles on the road by 2030.

In comments on the Safer Affordable Fuel-Efficient (SAFE) Vehicles Rule for Model Years 2021-2026 for Passenger Cars and Light Trucks filed Friday, GM says NZEV will “promote the success of the U.S. automotive industry and preserve U.S. industrial leadership for years to come.”

The nationwide program could reduce carbon-dioxide emissions by 375 million tons between 2021 and 2030 compared with California’s existing ZEV program, on which it would be modeled, GM says in a news release.

GM’s announcement represents a break from the Trump Admin.’s proposal to roll back federal fuel-economy requirements and limit California’s ability to set its own efficiency standards. The White House also wants to strip California of its ability to require automakers to sell increasing numbers of ZEVs each year.

GM’s comments on the SAFE rule includes these framework recommendations:

“General Motors has a vision of zero crashes, zero emissions and zero congestion. This is a bold vision and getting there will take bold actions,” says Mark Reuss, executive vice president and president-Global Product Group and Cadillac.

“We believe in a policy approach that better promotes U.S. innovation and starts a much-needed national discussion on electric vehicle development and deployment in this country. A national zero-emissions program will drive the scale and infrastructure investments needed to allow the U.S. to lead the way to a zero-emissions future.”