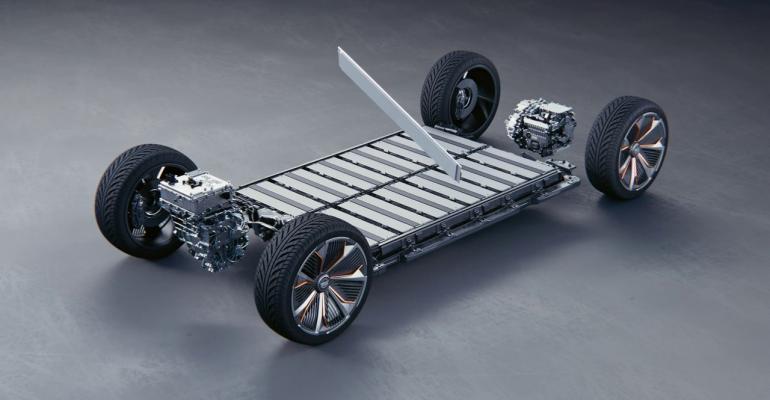 The 50-50 venture with South Korean battery maker LG Chem has begun preparing the site of the new plant which will manufacture the cells for batteries powering future GM electric vehicles.

The 50-50 venture, dubbed Ultium Cells, is starting work on “ground preparation activities” on the site of the new plant which will manufacture the cells for batteries powering future GM electric vehicles.

“The facility is expected to come online in time to support GM’s next-generation battery-electric vehicle portfolio,” according to an e-mail from GM spokeswoman Amanda Reuss.

The Lordstown assembly complex, where GM built small cars for more than half a century, is owned by an independent company, Lordstown Motors, which plans to build an electric truck at the plant located roughly 50 miles (80 km) southeast of Cleveland.

The fate of the original Lordstown plant became a major point of contention between GM and the UAW after the automaker announced in November 2018 it planned to shutter the factory because it no longer needed its car-making capacity to meet customer demand. However, as part of the settlement to end last fall’s 40-day strike by the UAW, GM agreed to make a major investment in the Lordstown area.

The Ultium property now under development is adjacent to the assembly plant site.

Besides vertically integrating the manufacturing of battery cells in the U.S., LG Chem will gain access to an experienced workforce. It also will benefit from a dedicated production stream of future EVs from GM’s next generation of BEVs, including the yet-to-be-revealed Cadillac Lyriq and all-new GMC Hummer due in the fall of 2021.

Despite the coronavirus pandemic and a collapse in oil prices that has made gasoline less expensive, Barra says GM remains committed to electric vehicles.

Barra also says that despite recent cuts in personnel at GM’s Cruise Automation unit the automaker remains committed to automated vehicles that use battery systems.

One of the AVs close to the heart of GM’s future, the Cruise Origin, is ready for testing at Cruise headquarters in San Francisco.