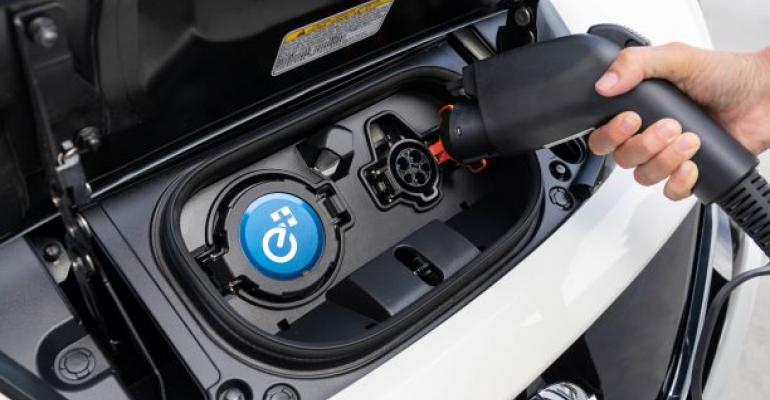 A recurring theme at the SAE symposium was continued underdeveloped infrastructure and how it impacts the adoption of battery-electric and fuel-cell electric vehicles. “Ubiquitous charging could double BEV share,” GM researcher Ian Sutherland says.

PASADENA, CA – Spend a day listening to car companies talk about the electrification of the automobile, and it’s clear that in some format a zapped set of wheels is just as likely to find its way into a consumer’s driveway in 2030 as is a traditional internal-combustion engine.

Barriers to widespread consumer adoption of electrified vehicles are few but significant. And a recurring theme at last week’s 2020 Society of Automotive Engineers Hybrid and Electric Technologies Symposium here was infrastructure deficiency and how it impacts the adoption of battery-electric and fuel-cell electric vehicles.

Ian Sutherland, staff researcher-Strategic Energy and Mobility at General Motors Research and Development, presents a market analysis that attempts to identify the conditions under which a BEV represents a superior economic proposition for a consumer.

Sutherland’s data, based on a 343-vehicle sample measured in Seattle and a 6,000-vehicle sample of OnStar information, looked at every trip a BEV with 150 miles (242 km) or more of maximum range took over a year’s time. The analysis makes assumptions including: 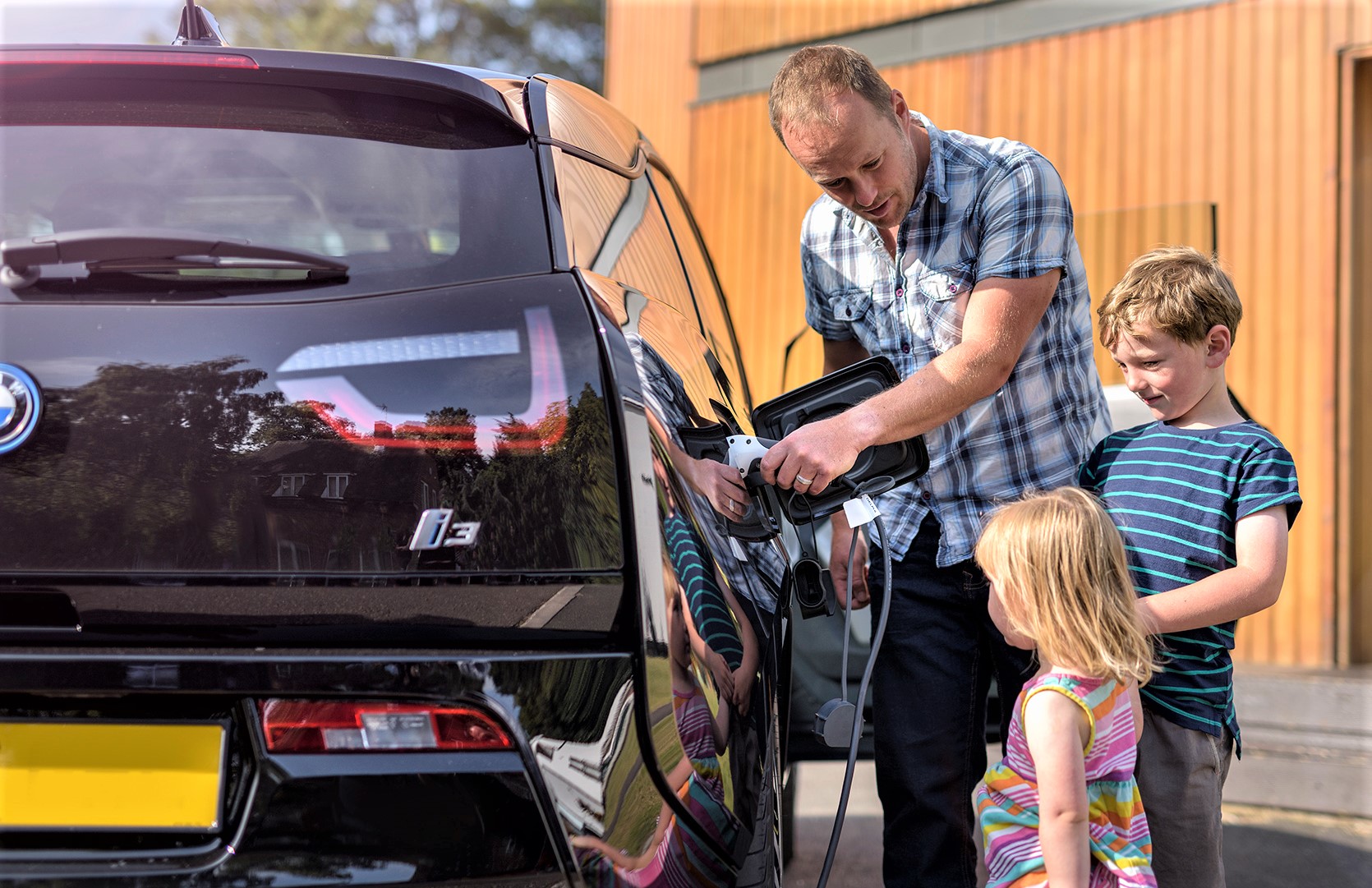 Sutherland’s analysis found that for both groups, a broader external network of DC fast chargers would increase BEV adoption and use. But this is just one factor critical to making BEVs more popular. The other is the cost of the vehicle.

Urban Drivers who recharge overnight are less concerned about range anxiety and broadening the DC fast-charging infrastructure, especially if they have an ICE available for a trip that may exceed the BEV’s range.

Sutherland says the urban fast-charger footprint requirement is smaller than the existing gasoline-station infrastructure. Urban drivers would make little use of the network, performing infrequent, short charging events that would give their vehicle enough electricity to reach home base (above, left).

To explain this behavior, Sutherland said that if your ICE automatically refilled itself overnight with gas that cost $1 per gallon, you wouldn’t fill it up when you were away from home. You’d add only the amount of gas necessary to get home.

For this group, lower cost is critical to the broader adoption of BEVs. Urban Drivers are insensitive to the high cost of fast-charger electricity because they use it infrequently. Getting the home-base charging solution right, however, is critical to unlocking BEV value for the Urban Driver group.

Highway Drivers are different. They would make regular use of a fast-charger network, their recharging events similar to today’s refueling process but taking significantly longer. Sutherland says accommodating this group will be both difficult and expensive because to provide ubiquitous charging, a network up to four times larger than the existing gasoline-fueling infrastructure is needed.

Sutherland says the expansion of an external charging network actually would enhance the utility of home charging. Currently, under these analytical assumptions, without the availability of easy and ubiquitous charging the BEV stays home in favor of the ICE when it’s clear that range could be a problem. “Ubiquitous charging could double BEV share,” Sutherland said.

Dallas Fox, a fuel-cell development engineer at Toyota, agrees that as the costs of new technologies fall and the availability of alternative energy widens, consumers will adopt electrified vehicles in greater numbers.

The automaker saw this happen with the Prius hybrid and expects the same to happen with the Mirai (below, left), Toyota’s FCEV. Redesigned for 2021, the next-generation Mirai adopts a more luxurious look inside and out.

The car’s new packaging, combined with cost reductions related to a dramatic increase in fuel-cell stack production and increased automation on the assembly line, is meant to make the new Mirai more appealing and more widely available.

The car’s increased driving range will help, too. Furthermore, as Fox points out, FCEVs are great for apartment and condominium dwellers who cannot install home charging stations. And they refuel in about five minutes using a pump and a process familiar to gas-burning ICE owners. 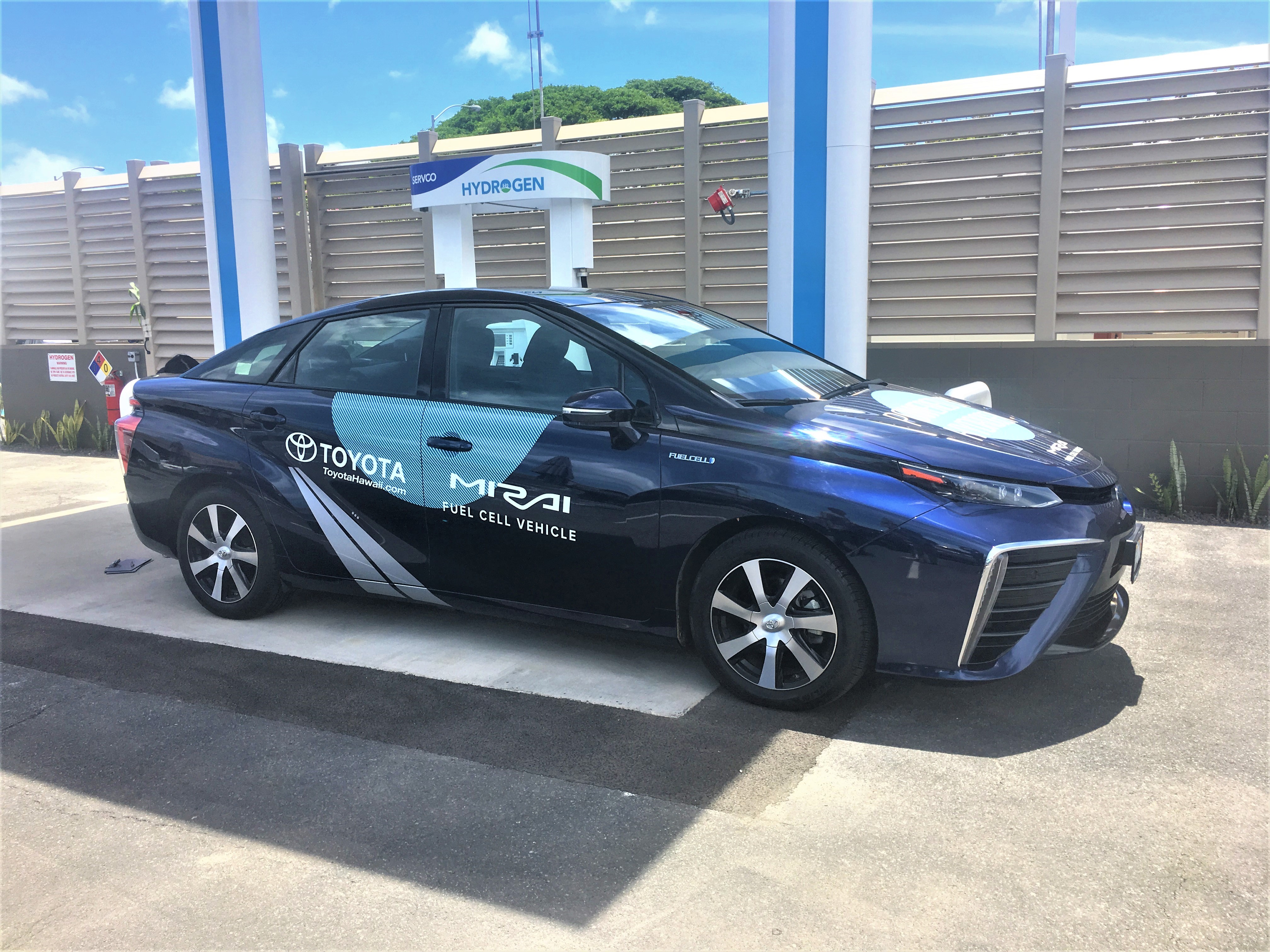 Fox concedes that ready access to reliable fueling is necessary for widespread FCEV adoption but characterizes the retail hydrogen landscape as a nascent business with room to grow. California continues to expand its fledgling network of hydrogen fueling stations, and several states in the New England region are embarking upon a hydrogen-station initiative.

Still, there is a long way to go. Fox says the cost of hydrogen reaches parity with gasoline once there are 70,000 FCEVs in a regional market. Toyota has sold 10,000 Mirais worldwide since 2015.

Automaker panelists at the SAE symposium discussed ways to increase consumer adoption rates of electrified vehicles. They agreed on several approaches, some easier than others: reduced cost of the technology; minimizing range anxiety; expansion of the DC fast-charging network; and quicker recharging times.

“Charging is the nut to crack, coupled with consumer experience with the technology and how to use it,” says Brett Hinda, chief engineer-Electrified Powertrain Systems at Ford.

In response, Steven Tarnowsky, chief engineer-Electrified and Hybrid Propulsion at General Motors, says: “But if you have (a home charging station) and you never have to go to a gas station again, it’s awesome.”