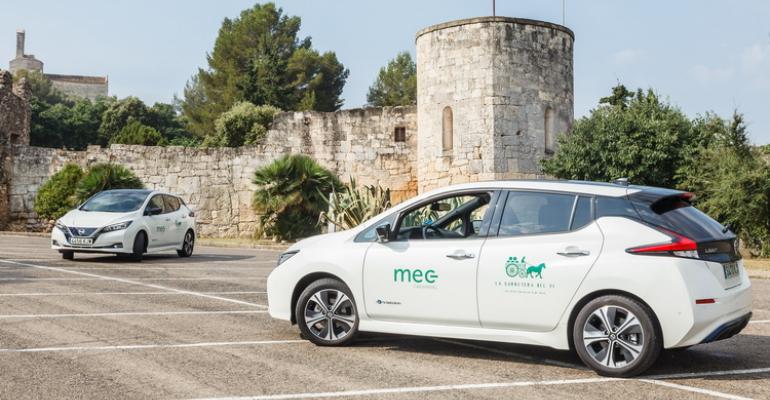 High car prices and a limited charging network of mostly low-speed chargers are contributing to the low uptake of electric vehicles in Spain.

MADRID – Electric-vehicle sales have failed to take off in Spain despite measures to restrict and even prohibit the use of gasoline or diesel engines in the center of several cities.

According to data from ANIACAM, the Spanish Association of Auto Importers, 4,028 pure-electric and extended-range cars, light-commercial vehicles, light and medium-trucks, and heavy buses were registered in Spain during the first eight months of 2018. That is up 9.9% from 3,665 in the same period of 2017 but is just 0.4% of the 978,050 registrations of all vehicle types.

The main reasons for low EV demand are high prices and a limited network of dedicated chargers.

EVs in Spain are affordable only through government subsidies. Despite pressure from EV makers on the government for continuous financial help, subsidy programs are funded with reduced amounts of money that normally are exhausted within one or two days of their launch.

In addition, monthly leasing or rental fees are steep and high residual prices of EVs that are three or four years old hinders their sale to the point that Spain has no secondhand EV market.

Regarding the charging network, there are about 3,800 public points in Spain and Portugal, while Germany, for example, has 10,000. The Netherlands, Germany, France and the U.K. have 78% of the charging points in Europe.

Tesla has installed 225 charging points, including 25 superchargers, in Spain and Portugal.

Two Spanish energy companies, Endesa and Iberdrola, are competing to install new charging points. Endesa wants to install 4,300 stations, mainly at malls, stores and fast-food resturants, but no timetable has been released.

Iberdrola says it plans to install 200 charging points before the end of 2019, with its first partner the Avia filling-stations chain. Some 80% of those charging points will be 50-kWh power, while the rest mainly will be 150 kWh and even 350 kWh in a few cases.

But using the available low-speed chargers, most of the current Spanish EV fleet needs 8 to 10 hours to recharge 80% of the battery, or its equivalent 49-62 miles (80-100 km) of range. Rapid chargers are only a partial solution, as only the most modern EVs will be able to take advantage of them, while older EVs will continue using low-speed chargers.

Additionally, only big companies such as Endesa and Iberdrola can manage both the complicated regulations governing charging points and their costs. The average investment for a 50-kWh charging point is €50,000 ($58,800).