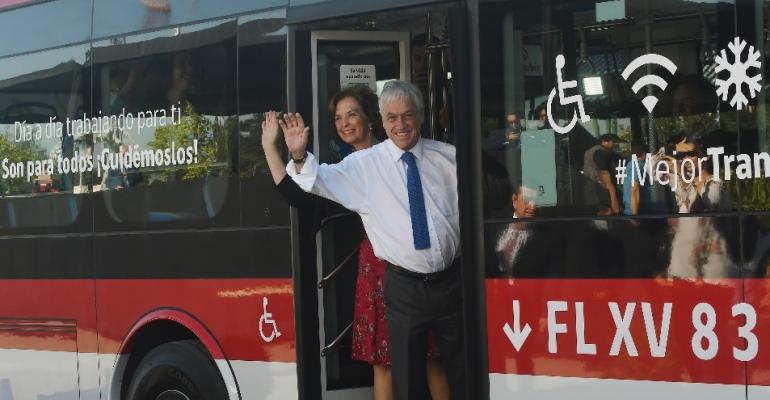 SANTIAGO, Chile – After the worst political unrest in a generation, partly inspired by poor transport systems, the Chilean government is rushing to ramp up the number of electric buses operating in the country, hoping smoother rides and cleaner air will make for happier citizens.

Public transport is an incendiary issue in Chile. In October, demonstrations against a Chilean Peso CLP30 ($0.04) increase in transport fares rapidly escalated into weeks of huge protests over rising living costs and widespread rioting and looting rocking South America’s wealthiest country to its core.

With protesters and riot police still clashing on the streets, Chile’s transport minister Gloria Hutt has launched a tender to replace more than 2,000 buses in Santiago’s unloved transport system with new quieter, cleaner vehicles, with electric vehicles being prioritized.

With almost 400 in circulation, Santiago already has more electric buses than any city in the world outside China.

Many run up and down Avenida Grecia, the first all-electric bus corridor in the Americas, benefiting 660,000 passengers each week.

Their arrival is the fruit of an innovative financial model under which electricity suppliers Enel and Engie acquired the buses from Chinese manufacturers BYD and Zhengzhou Yutong (below, left), leased them to the local operators, installed the charging stations and supply the electricity.

The vehicles offer luxuries previously unheard of by Santiago’s long-suffering commuters, including air conditioning, pneumatic suspension, onboard Wi-Fi and even cushioned seats.

Smoother and quieter than the aging growlers they replaced, passengers love them. In a recent government poll, the public awarded them 6.3 points of a possible 7.0 points, 20% more than for conventional buses.

And when customers are happy, bus companies are happy. Operators report fare jumping is less common on the electric vehicles, drivers face less aggression from passengers and the EVs are less likely to be targeted by the city’s prolific graffiti artists. None of the buses torched during the recent riots were electric.

Despite some apprehension, the buses have performed well, tackling Santiago’s snarled traffic and steep inclines without a problem, says Franco Basso, director of the Center for Innovation in Transport and Logistics at Santiago’s Diego Portales University.

Not surprisingly, the government wants to rapidly increase the number of electric buses on the roads.

With a growing share of Chile’s electricity derived from renewable technologies, particularly solar parks in the sun-drenched Atacama Desert, the buses have scored points with environmentalists.

There also are economic benefits. At around $300,000 each, electric buses cost almost twice as much as conventional ones but the savings in operating costs are huge, potentially reducing fares, deputy transport minister José Luis Domínguez says. At current power prices, they cost just $0.10 per kilometer against more than $0.35 per kilometer for diesel buses.

And with Chile rapidly switching to renewables such as solar and wind to provide its electricity, more electric vehicles will reduce the country’s carbon footprint and reduce its dependence on imported fossil fuels, says Javier Pereda, a transport expert at Santiago’s Pontificate Catholic University.

Not surprisingly, President Sebastian Piñera has set ambitious targets of multiplying by 10 the number of electric vehicles (of all kinds) on Chile’s roads by 2022 and replacing all of the country’s buses with electric ones by 2040.

As well as expanding the number of electric buses in Santiago, the government is keen to proliferate the technology across the country. Plans are being developed to add electric buses in major cities like Antofagasta, Valparaiso, Concepcion and Temuco.

Chile’s giant mining industry, which will produce much of the copper and lithium required for electric-vehicles propulsion systems, is also acquiring electric buses to transport personnel to work and back. Just one state-owned copper mine plans to acquire 100 electric buses at a tender next year. 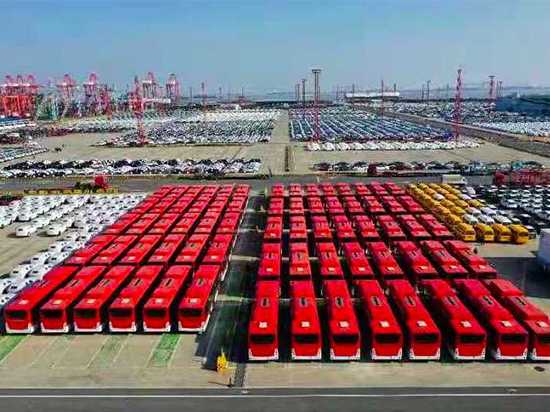 Meanwhile, Chile’s first intercity electric bus, supplied by China’s King Long United Automotive Industry, began running between Santiago and Rancagua, 53 miles (86 km) to the south, last February. Much of the testing had to be done in-country as the vehicle had never been used on such long distances in China, explains Francisco Martínez, of Vivipra, which represents King Long in Chile.

Although the upcoming Santiago tender is open to conventional diesel buses as well as natural gas and hybrid alternatives, the government is encouraging operators to prioritize electric buses by offering them 14-year contracts rather than the 10-year deals on the table for other technologies.

Following a consultation period which runs until Jan. 3, bus manufacturers and their representatives will have until March 2 to present binding offers with the winning bids announced the following month.

With the tender to choose operators for the buses and charging stations due to be launched in early 2020, the new buses are expected to begin circulating during first-quarter 2021, minister Domínguez says.