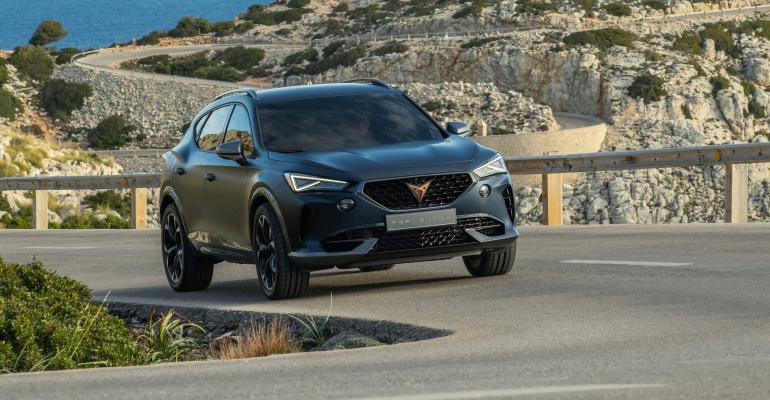 The Formentor was created by Spanish automaker SEAT’s Cupra performance brand. Combining the versatility of a CUV with the compact, sporty design of a coupe, it goes on sale in 2020, followed by SEAT-badged versions.

The turquoise-blue sea changes color when the north wind blows and the varying hues of the Mediterranean inspired the Cupra color and trim department to create a deep, almost black matte blue specifically designed for the concept.

It has a floating-dashboard layout, carbon-fiber-backed bucket seats, digital instrument cluster and a 12-in. (30-cm) panoramic infotainment system with satellite navigation.

Presented in March at the Geneva auto show, Cupra says the Formentor was built to anticipate future technology and design.