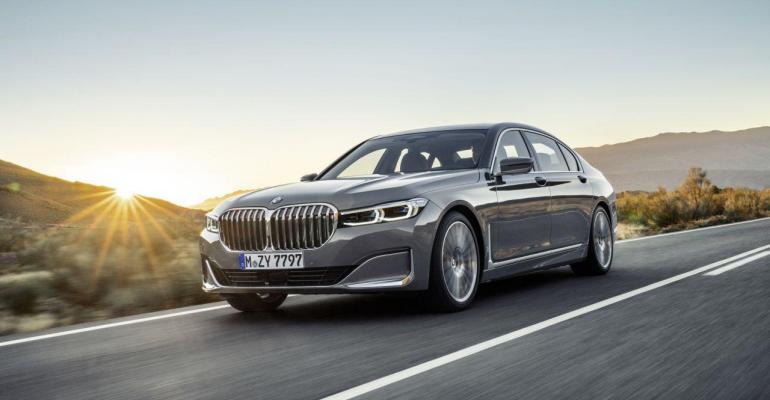 The BMW 7-Series will receive a newly developed plug-in drivetrain boasting a claimed electric range of up to 34 miles (55 km) when the facelifted ’19 model goes on sale in the U.S. in April.

The updated gasoline-electric drivetrain, to be offered alongside a range of revised gasoline engines, is fitted to the new all-wheel-drive 745e xDrive.

The combustion engine is combined with an electric motor mounted within the front section of the 745e’s standard 8-speed torque-converter-equipped automatic transmission. It delivers 111 hp and 195 lb.-ft. (264 Nm) of torque.

The battery’s increased storage capacity has enabled BMW to revise the drive program of its headlining plug-in model, allowing it to travel 68 mph (109 km/h) under electric propulsion in hybrid mode – up from 56 mph (90 km/h) – prior to activation of the combustion engine.

North America traditionally has been the largest market for BMW’s upmarket hybrid sedan. The German automaker says it expects the increased electric range and improved performance potential of the new 745e xDrive to help it build on the sales of the earlier 740e.