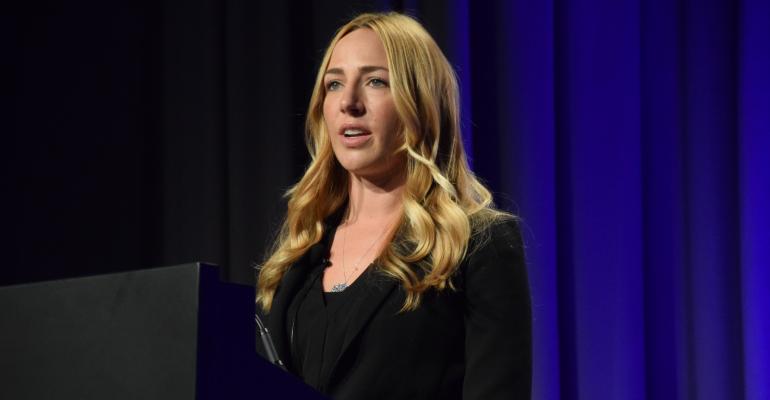 DETROIT – The price of a gallon of regular unleaded gasoline is about $2 in the U.S., but government regulations stipulate more fuel-sipping electrified vehicles be produced.

What’s an automaker to do?

Play up electrified vehicles’ fun-to-drive nature in marketing, get owners talking about their benefits and design good-looking models.

Those are just a few of the suggestions engineers offer here Tuesday at a 2016 SAE World Congress panel discussion on the near-certainty of electrified vehicles coming in larger volumes, but consumers unwillingness to purchase them up to now even in smaller volumes.

“Most customers don’t even understand the benefits (of electrification). Quite frankly, we’ve been bad at explaining our technology to customers,” Larry Nitz, executive director-hybrid and electric powertrain engineering at General Motors tells the crowd here Tuesday morning.

Kevin Layden, director-electrified programs & engineering at Ford, says for those uneducated about their virtues, electrified vehicles can be intimidating, even for members of his own family. He tells how neither his wife nor daughter would pick up a Fusion Energi PHEV sedan for him when he was out of town.

However, now that his wife has driven the car extensively she asks, “‘Why doesn’t everyone have one of these?’

“We have to make sure that first communication point is, ‘It’s so damn easy and so convenient, it’s better than just a (vehicle with) just an ICE,’” Layden says of how electrified vehicles should be marketed.

NItz believes electrification will be embraced by a wider number of new-vehicle buyers once more owners share their stories of how electrified vehicles are a pleasure to drive, as well as how they can be more convenient and cost-effective than ICE-only models.

“One thing we learned that was really profound, and you’ll see it in electrified vehicles going forward, is the after the initial (Chevrolet) Volt, after customers bought the car, lived with the car, owned the car…the first, second and third (feedback) they came out with was, ‘It’s fun-to-drive, quiet, responsive.’ It wasn’t ‘Saves me money, energy efficient, cool technology.’”

Jackie Birdsall, executive engineer-Toyota Engineering and Manufacturing North America, concurs with Nitz, saying she doesn’t know anyone who after experiencing the smooth delivery of power an electrified vehicle provides, wants to go back to an ICE-only model.

Yasuyuki Sando, senior chief engineer-Honda R&D, suggests exciting design may be another purchase motivator. He notes how the Nissan Leaf, in his opinion, didn’t look very different from Honda’s EV Plus hatchback that he worked on in the late 1990s, but that Tesla’s vehicles have more unique styling to capture car buyers’ attention.

Otherwise, a big technology breakthrough that will increase range and performance might be the only trigger to prod consumers to purchase electrified vehicles, Sando says.

Birdsall, whose company has embraced hydrogen-fuel-cell vehicles instead of pure battery-electric vehicles, admits the slow rate of hydrogen infrastructure establishment has been “as an engineer, incredibly challenging.”

But she says Toyota is proceeding to launch its Mirai FCV because “we’re sick of the chicken-and-egg discussion.”

“We’re still selling the vehicles, but they’ll go out as limited to when a station becomes available and we have confidence in that station’s reliability.” She notes Toyota not only is monitoring station metrics but also is seeing how it can improve the teaching of refueling procedures.

There will be about 40 publicly accessible hydrogen refueling stations open in California by the end of 2016, which is fewer than the 68 Toyota had hoped for.

Toyota wants to sell 30,000 FCVs annually on a global basis by 2020 and has partnered with FirstElement Fuels for California hydrogen stations and Air Liquide in the Northeastern U.S. where four stations are to open by late 2016.

Meanwhile, Layden reiterates Ford will have an electrified truck by the end of the decade. “It’ll be a Ford truck – no compromises,” he says.

GM continues to pursue the electrification of its pickups (it is in market now with a mild hybrid system), while Birdsall notes fuel-cell technology is scalable for any vehicle size.