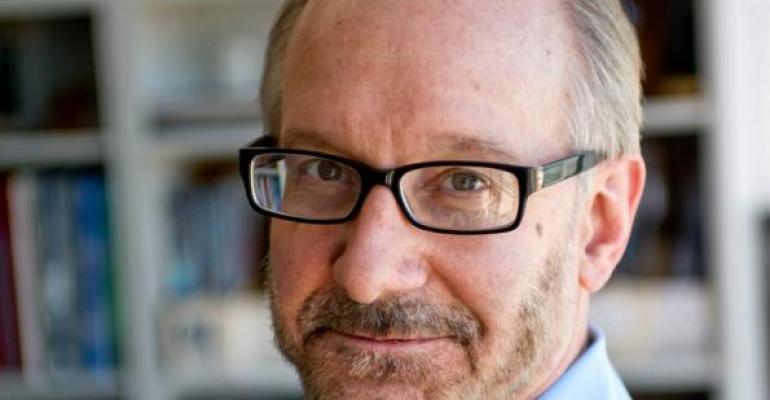 Future Engines Will Be Same But Different

Electrification isn&rsquo;t going to stall because the world is flooded with cheap oil. &ldquo;It&rsquo;s just going to be available in a lot more flavors.&rdquo; &nbsp;

“The future ain’t what it used to be,” Yogi Berra said. Presumably the baseball legend famous for his non sequiturs was talking about his sport, but he could just as easily have been talking about the future of the internal combustion engine. Experts have been making wrong predictions about it for more than 100 years.

Most recently, when oil was hitting $147 a barrel in 2008, analysts predicted the world was reaching “Peak Oil,” and reserves of cheap, high-grade crude soon would decline irreversibly. The standalone ICE was declared an artifact from another era that would soon be replaced by hybrid-electric vehicles and plug-ins.

Now hydraulic fracturing, a strong dollar and a slowing Chinese economy have the world awash in oil at less than $40 per barrel. U.S. consumers are shifting back to larger, less fuel-efficient vehicles. HEV and PHEV sales have plummeted while battery-electric vehicle market share is less than 1% in the U.S.

Even so, powertrain engineers are going to great lengths to wring more energy from every drop of fuel, even to the point of connecting engines and transmissions to Cloud-based computing so stop/start systems will know exactly when traffic lights are about to change from red to green and engines and transmissions can anticipate hills and valleys in order to maximize fuel efficiency. Called E-Horizon, the technology has been in use since 2012 and has demonstrated fuel-economy savings of 3%-4% on big commercial trucks.

Speaking to a small group of reporters recently, auto supplier Continental’s Wolfgang Breuer, head of Business Unit Engine Systems, and Kregg Wiggins, senior vice president-Powertrain North America, say they do not see U.S. CAFE standards for 2025 being relaxed during the upcoming midterm review of the rules. Nor do they see automakers backing off fuel-economy initiatives just because oil is far cheaper than anyone guessed five years ago when the agreement was signed.

However, the executives do not foresee full hybrids and plug-ins dominating by 2025, like many imagined they would. And, they also do not expect the ICE to evolve like engineers were hoping a few years ago, either. Interest in commercializing homogeneous charge compression ignition, once the Holy Grail of combustion engineering, is waning because it can deliver efficiencies only in a narrow power band. Variable compression and exhaust gas recirculation are the combustion strategies capturing the industry’s attention now, Wiggins says.

Electrification isn’t going to stall because the world is flooded with cheap oil. “It’s just going to be available in a lot more flavors,” Wiggins says.

“The Stone Age didn’t end because they ran out of stones,” Breuer adds with a grin. Decarbonization (CO2 emissions limits) and concerns about smog in major cities will drive electrification globally, he says.

But in the near-term, the Continental executives see electrification going mainstream in a more modest way, employing several types of relatively inexpensive mild-hybrid systems powered by 48V architectures that can improve fuel economy as much as 20%. Another strategy is using electric compressors that can pump additional air into the engine at low rpms like a supercharger, minus the parasitic drag.

The so-called e-compressor concept can be used with 48V or standard 12V systems, and it is winning acceptance at automakers, starting with Audi. Similar technology is being offered by several other companies as well.

Suppliers don’t like journalists calling these devices electric superchargers because they are not physically connected to the engine. For instance, FCA’s Hellcat supercharger consumes as much as 80 hp. But e-compressors add more torque at low engine speeds just like a supercharger and they can do it for big and small engines, even in conjunction with traditional exhaust-driven turbochargers.

Meanwhile, Continental’s conventional turbocharger business is growing at a 15% compounded annual growth rate for the next five to six years as automakers continue to downsize and turbocharge most of their engines, Breuer says.

Longer term, Breuer says the press for efficiency will bring a new set of problems for gasoline engines, including particulate emissions that eventually will require exhaust aftertreatment similar to what is used to control diesel particulates.

And he is downbeat about the outlook overall for passenger-car diesels, especially in the U.S. where Volkswagen’s dieselgate casts a long shadow and diesel fuel prices, unlike Europe, are higher than gasoline.

Even so, he sees small diesels in price-sensitive economy cars in Europe suffering because exhaust aftertreatment systems will drive up costs.

He is especially pessimistic about VW’s ability to retrofit selective catalytic reduction systems on diesel cars to make them comply with U.S. emissions rules. It would require an additional wire harness for more sensors, another engine computer and a sizable urea tank that would have to be fitted somewhere. “I don’t see a way out,” Breuer says.

However, fixing emissions in Europe is easier because SCR is not necessary yet to meet current Euro5 emissions targets, Breuer says.

As Yogi Berra might sum up: “VW made too many wrong mistakes, but it ain’t over till it’s over.”