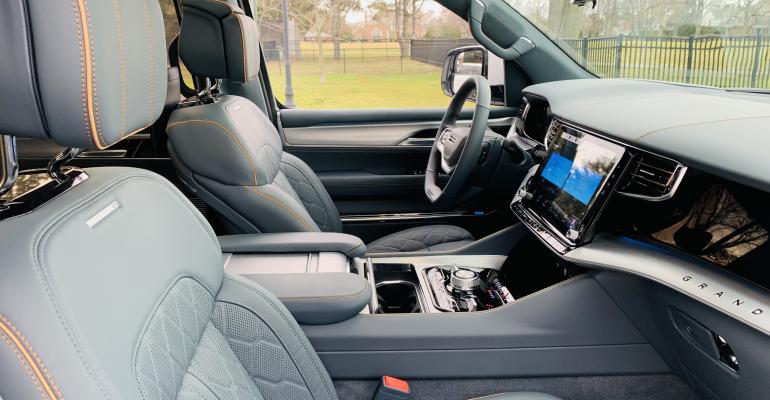 The largest model in Jeep’s lineup wows our judges on the interiors and user-experience fronts with incredible materials, design and technology.

With first-rate, sophisticated materials and loads of tech features, including a stunning seven high-resolution display screens, the largest Jeep yet is a unanimous choice for a 2022 Wards 10 Best UX & Interiors award.

“What can you say? This is the top of the food chain in its class,” says judge Dave Zoia, noting attention to detail for interior design and technology is unsurpassed in the 3-row large SUV segment.

We know we were in for something special before even getting into our $116,000 Series III tester, as running boards deployed and headlights danced and puddle lamps shined a Grand Wagoneer logo on the ground as we approached the vehicle.

When climbing in, eyes immediately go to a striking large, diamond-patterned metal trim piece along the instrument panel with the Grand Wagoneer name boldly etched into it. The textured material also is used on the lids for not one but two fullsize consoles in the luxury SUV, completing the ultra-upscale look.

Blue Agave leather, accented by golden stitching and piping, covers seats in all three rows of the Jeep, with top-notch fit and finish from the very front to the very back of the nearly 18-foot (5,461-mm)-long vehicle.

Says Judge Drew Winter: “The sheer artistry of Jeep’s lavish new interiors is breathtaking. The Grand Wagoneer easily earns its way into the six-figure SUV club on the power of its interior design.”

Being a 6-figure, 3-row SUV, the interior is spacious and comfortable, with fun features such as a center console fridge, multicolor ambient lighting, a McIntosh audio system, 24-way power adjustable and massaging front seats and scads of ports and outlets to plug in various devices, including in the oft-neglected third row.

Should you want to leave said devices at home and are seated in the front passenger seat or second row, no problem. Jeep has you covered, thanks to loads of streaming channels via an optional and easy-to-use Amazon Fire TV integration for screens at those seating positions.

The dedicated 10.25-in (260.35 mm) screen above the glovebox allows a passenger to watch a movie, but it also can control what kids view on the second-row screens and is designed so it can’t be seen by the driver and create a distraction.

Minus those three display screens, there’s four more: one mounted to the second-row console, and, in addition to relatively standard gauge-cluster and infotainment displays in the first row, a seventh screen can be found on the lower center stack in the first row. It rolls open like an old-school desk to reveal more ports and a wireless phone charger.

The spaciousness of the interior, the seven display screens, the ease of use of Fire TV and the numerous places to plug in, plus high-grade materials and attention to detail, make this Jeep one of the most family-friendly – and beautiful – vehicles we’ve ever tested. 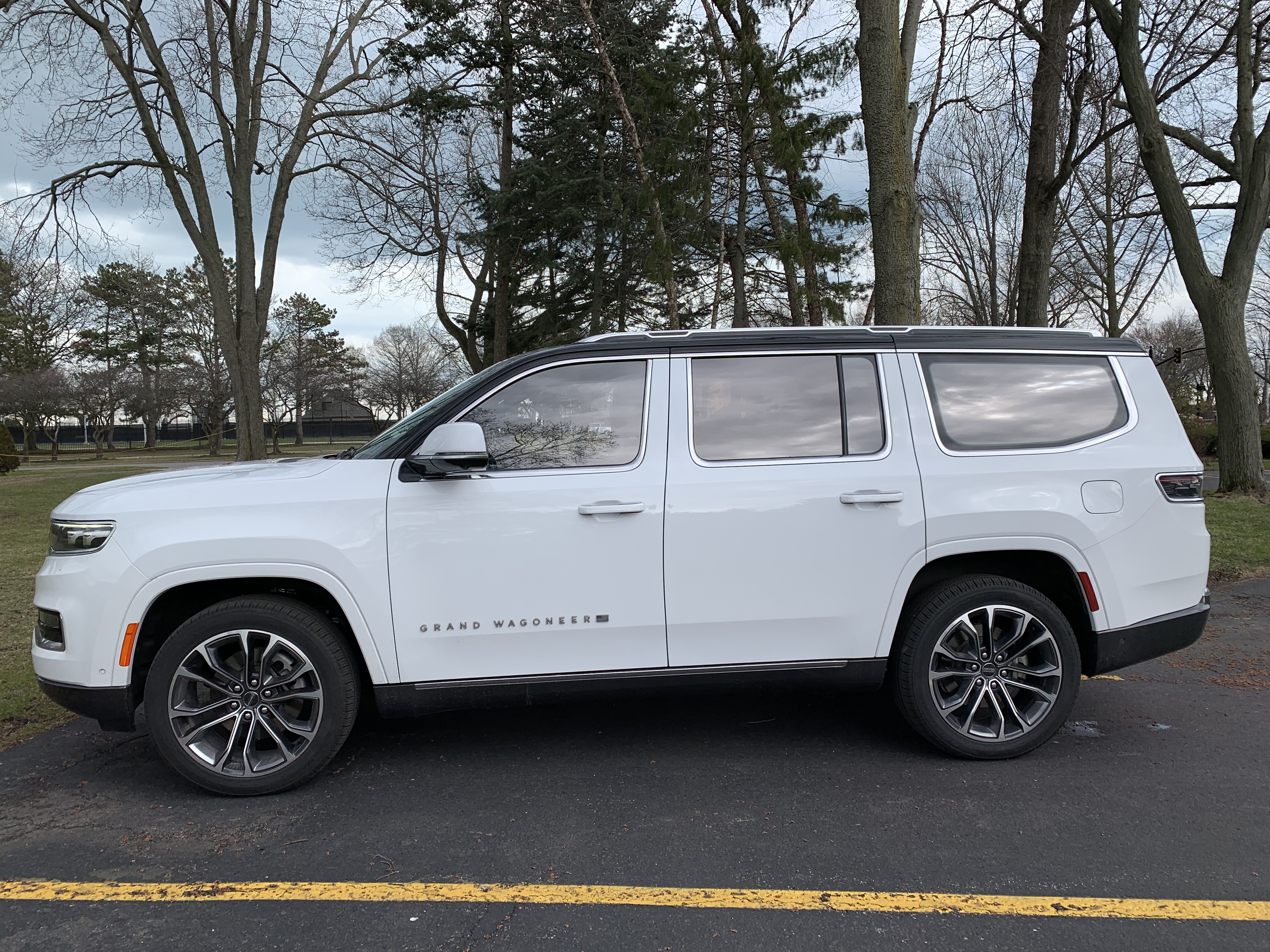