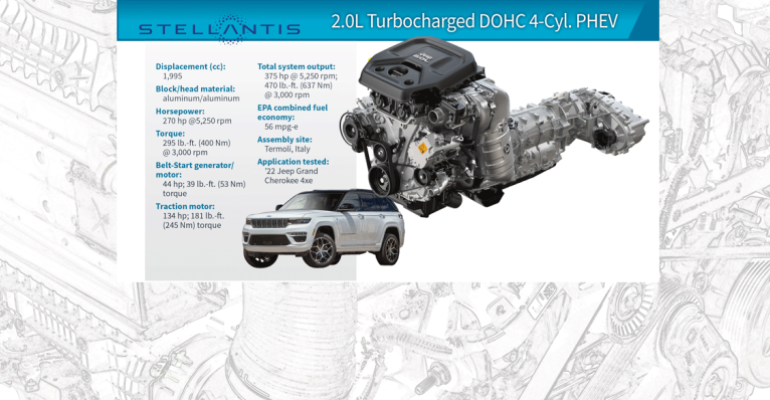 The Grand Cherokee 4xe – just like the Wrangler 4xe – delivers the best of both worlds to both sides of your brain: the logical side and the fun side.

Powertrain technologies are moving so fast these days, returning 10 Best winners are few and far between. Even so, Stellantis wins Wards judges over again with its superb plug-in hybrid-electric propulsion system, this time powering the new Jeep Grand Cherokee 4xe. There is a lot going on under the hood, and a lot to like.

PHEVs are controversial. Automakers say consumers don’t understand how they work, battery-electric purists deride them as halfway measures and government regulators don’t like them because they think drivers will take advantage of electric-vehicle tax credits but never plug in.

However, Wards judges find the PHEV setups in the Jeeps practical, versatile and by far the easiest to charge of all of our electrified test vehicles. The propulsion system  pairs a 270-hp I-4 engine with a 134-hp AC motor and they work together seamlessly to deliver a great driving experience  and a combined 375 hp.

You don’t have to spend thousands of dollars installing a 240V Level 2 charger in your garage, or waste time hunting down public chargers that may or may not work. The relatively small battery can be topped off overnight from a standard home outlet, adding range at a rate of about 2 miles per hour for a maximum of 25 miles (40 km). That maximum exceeded our expectations on several occasions.

In our testing, we found the Grand Cherokee 4xe – just like the Wrangler 4xe – delivers the best of both worlds to both sides of your brain: the logical side and the fun side.

There’s enough range to use only electric power on many days, and unlimited ICE power and range when the juice runs out. There is no range anxiety and it can tow up to 6,000 lbs. (2,721 kg) for miles, something that might tax the capability of a pure battery-electric vehicle. Plus, it qualifies at present for the $7,500 federal income tax credit and may qualify for state and local incentives as well.

If you are a typical worker with a 40-mile (60-km) round-trip commute and access to chargers at work, it’s easy to imagine not spending a penny on gasoline during the week. The electrified Grand Cherokee 4xe’s efficiency of 56 MPGe and 25 miles of all-electric range will do the job.

“I’d for sure be able to keep this on electric in all my in-town errand-running (my typical driving) and probably would never use a drop of gas, at least in non-winter months,” says judge Christie Schweinsberg.

The concept is not rocket science. And the logic is resonating especially with Jeep buyers, who have made the Wrangler 4xe (introduced last year) the best-selling PHEV in the U.S. Part of the rationale, no doubt, is both the Wrangler and Grand Cherokee without electrification are not exactly lightweight fuel sippers, with versions weighing in at 4,500 lbs. (2,041 kg) or more and offering combined fuel economy in the teens with the most powerful (and fun) ICE engines.

But Jeep’s PHEV propulsion system isn’t a Wards 10 Best winner just because it’s “logical.” Heck no, it’s fun to drive on and offroad, with 470 lb.-ft. (639 Nm) of low-end grunt delivering quick acceleration and the ability to take boulder crawling to new levels. And Stellantis engineers did a terrific job making all the complex mechanical and electrical interactions smooth as silk, taking your whole brain to a happy place.

“Spectacular system. The back and forth between ICE and electric is imperceptible. Stop/start ultra-smooth. This is a bit of an engineering marvel,” sums up judge Dave Zoia. 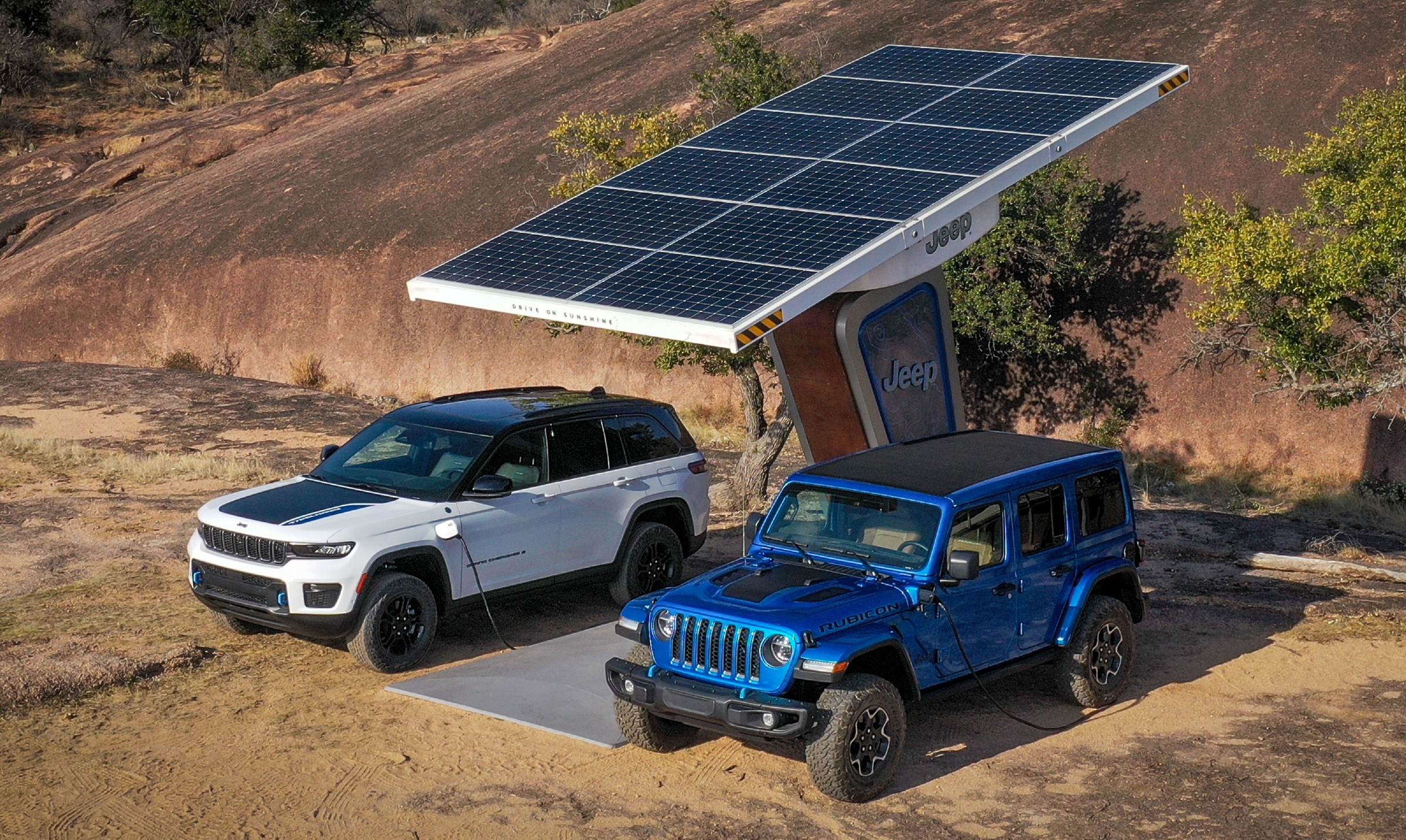