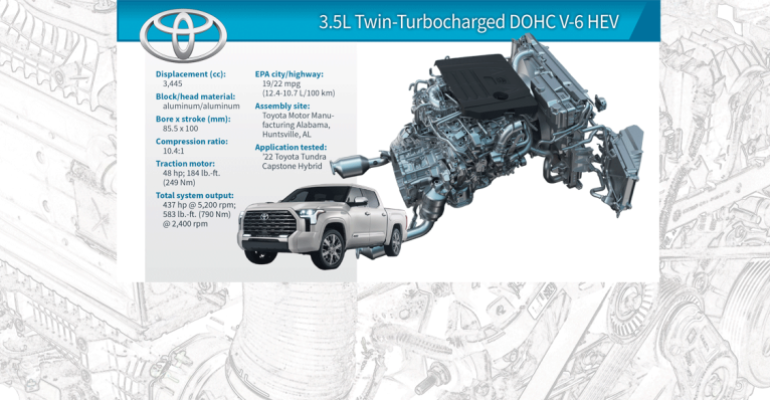 Drivers Will Appreciate Toyota’s Civilized Beast of a Powertrain

Powering pickup trucks that can haul heavy loads all day long is promising to be a significant new job for hybrid technologies.

Neither do we. That was a long time ago.

Hybrid powertrains that aren’t plug-ins can be found in the sleekest, fastest sports cars in the world, from Porsche and Lexus models to Ferrari supercars in addition to numerous affordable mainstream vehicles.

But powering pickup trucks that can haul heavy loads all day long is promising to be a significant new job for hybrids.

The massive 583 lb.-ft. (790 Nm) of torque and 437 hp stand out, but excellent NVH characteristics also impressed the Wards judges. And while it doesn’t post diesel-level fuel economy numbers, its rating is reasonable for a pickup capable of towing up to 12,000 lbs. (5,443 kg).

Toyota has created an incredibly civilized beast of a powertrain that drivers will appreciate the minute they put their foot on the accelerator.

The 3.5 L Twin-Turbo V-6 on its own has the power of a V-8 and it has a deep, rumbling exhaust note when driving around town. Besides adding a boatload of low-end torque, the electric motor smooths power delivery to the wheels to the point where the Tundra feels more like a locomotive than a truck. Whether you’re getting groceries or pulling a huge trailer, this powertrain will give you a smooth ride.

“The changeover between electric and gas is imperceptible,” says judge Christie Schweinsberg. “A far cry from the old days of hybrids.”

The great NVH is no accident. All the judges mentioned the seamless nature of the power delivery of the hybrid setup. Toyota executives say this was a key objective from the beginning. Engineers wanted a steady pull in all driving situations and that led them to use a single-motor parallel-hybrid configuration that allows the internal-combustion engine and the electric motor to operate independently or in combination. It’s not a new concept, but it’s the first time Toyota has offered the system, which also is the sole powertrain in the ’23 Sequoia SUV.

The compact arrangement employs a permanent-magnet motor sandwiched between the longitudinal V-6 and the 10-speed automatic transmission, sending power to all four wheels via a post-gearbox transfer case.

The single-motor set-up isn’t as efficient as a two-motor drive, but in this case, engineers made fuel economy secondary to the primary purpose: continuous torque, as required in a fullsize truck application used for hauling heavy loads or towing large trailers. The system also smooths shifts and transitions between hybrid modes and reduces the amount of downshifting compared with the non-hybrid powertrain.

Supported by a 1.87-kWh nickel-metal hydride battery, the 650V Aisin-supplied motor-generator adds 36 kW (48 hp) and 184 lb.-ft. (249 Nm) of torque to the twin-turbocharged 3.5L V-6’s output for the total 437 hp and 583 lb.-ft. Unlike many gas-electric hybrid systems, Toyota says the instant-on, zero-rpm electric-motor torque is additive, rather than offsetting reductions in ICE output. The system also is capable of low-speed electric-only operations up to 18 mph (29 km/h). 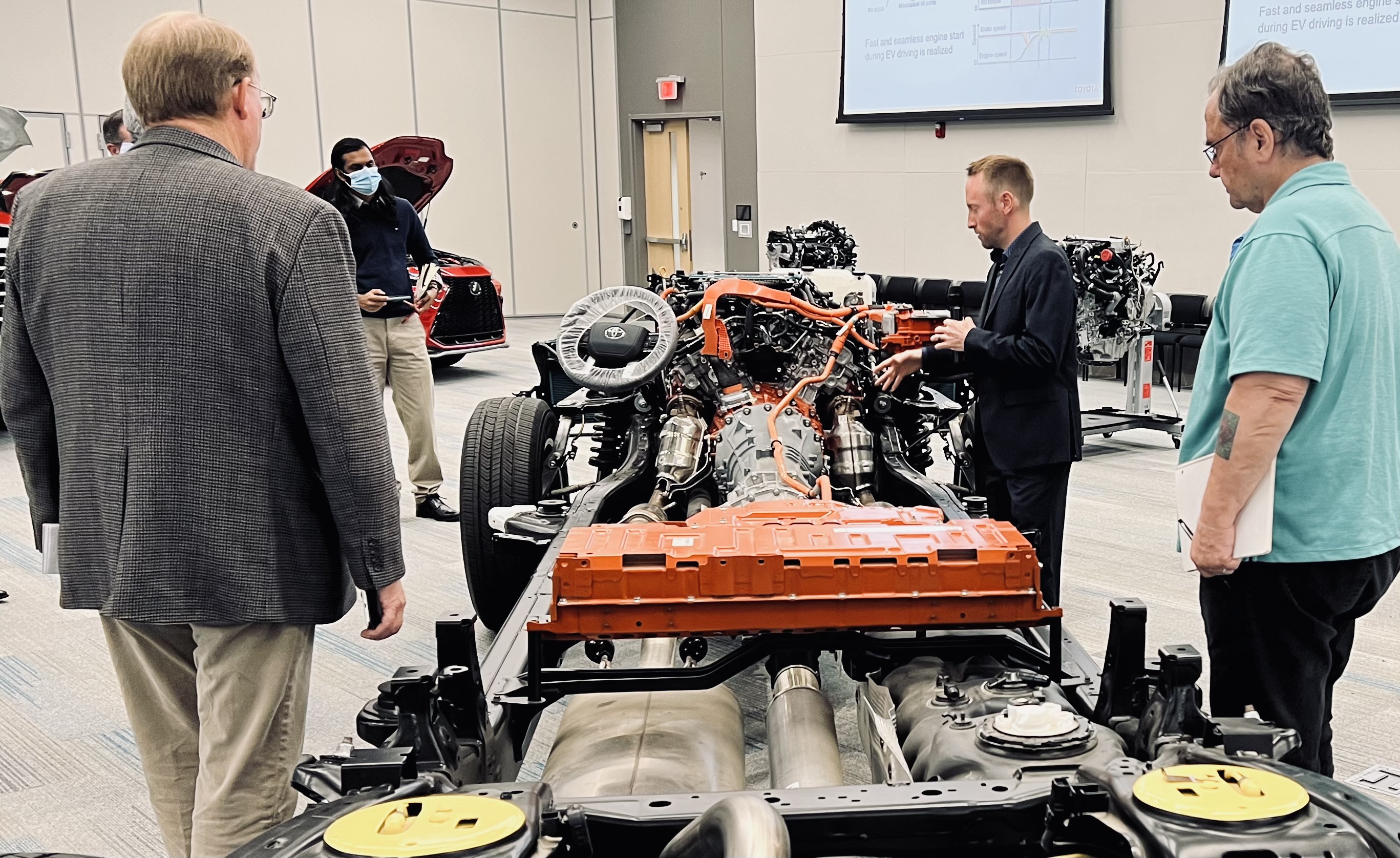