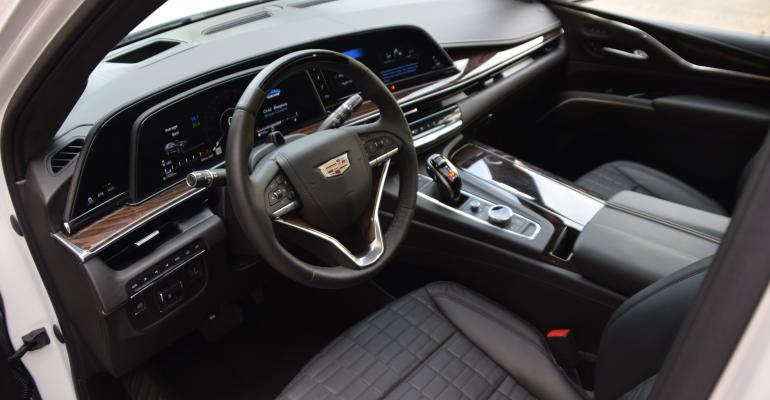 The 2021 Wards 10 Best UX winners are being revealed in random, non-alphabetical order one per day until Nov. 3. This is the third winner profile. Winning design teams will receive their trophies Nov. 17 during Automotive TechWeek in Novi, MI., where winning vehicles will be on display.

The last word in luxury these days is “digital luxury,” and the Cadillac Escalade (pictured below, left) is leading the pack by introducing the industry’s first curved OLED display stretching 38 ins. (96.5 cm) across the instrument panel.

The OLED display shames conventional automotive LCDs with twice the pixel density of a 4K television. It provides bold imagery, perfect blacks and the largest color range of any automotive display in production today. 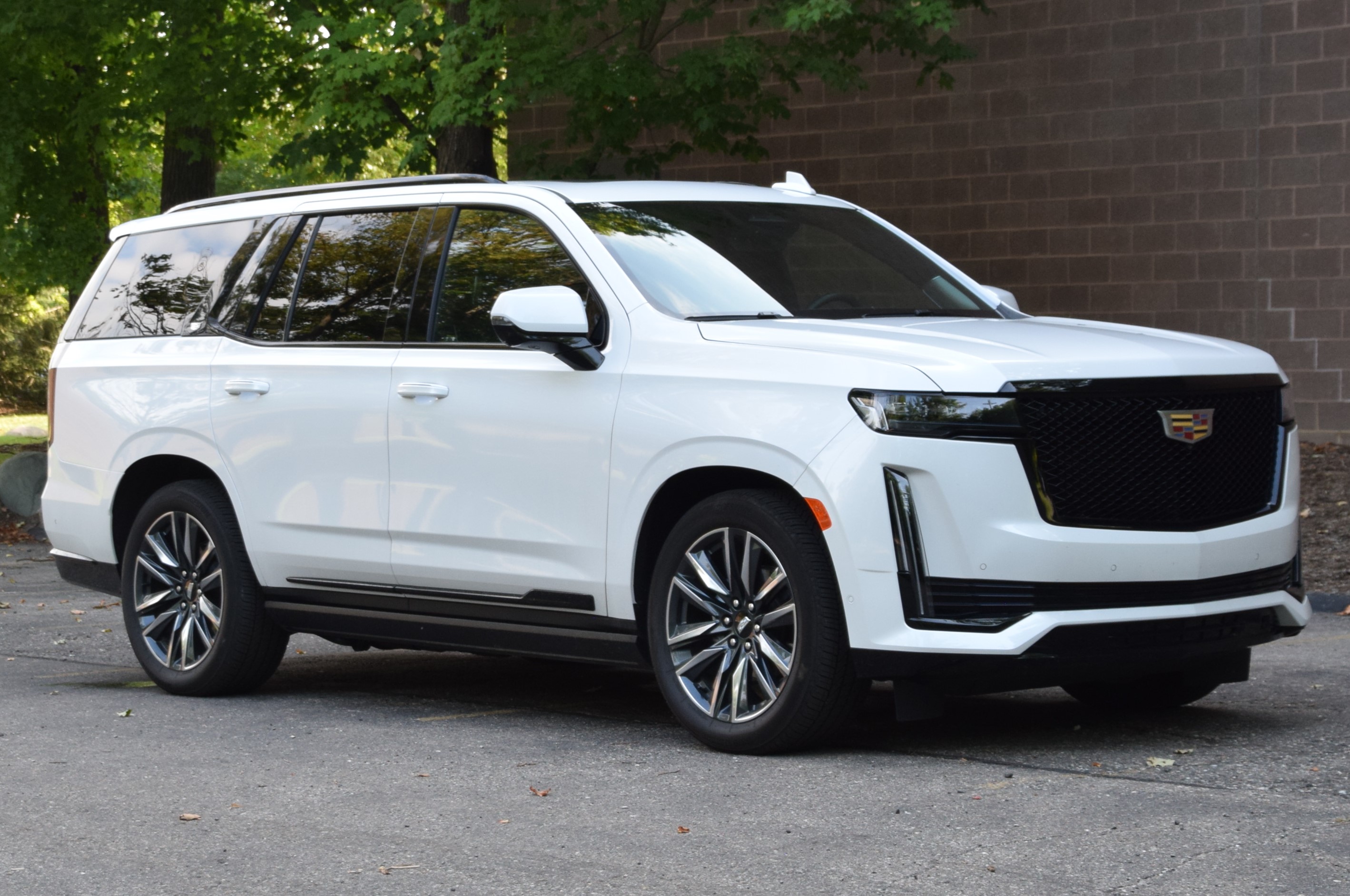 The system seamlessly merges three separate screens: a 7.2-in. (18-cm) touch control information center to the driver’s left, a 14.2-in. (36-cm) cluster display behind the steering wheel and a 16.9-in. (43-cm) infotainment screen to the driver’s right. The OLED is paper-thin, and its curvature positions the displays for optimal visibility.

The vivid color and visual quality of OLED technology also eliminates the need for the common “hood” shrouding many typical in-vehicle screens, creating a brighter and less cluttered environment.

“I came to really appreciate the ability to easily control most features, including the left-hand screen that contained the choices for the cluster and HUD,” says judge Bob Gritzinger.

Wireless CarPlay and Android Auto worked well, but the embedded navigation system also responded to voice commands with surprising acumen, unlike most of the native systems we tested this year.

The Escalade was the only vehicle we tested that could provide directions to the small neighborhood park we frequently use to swap test cars.

“My navigation command to ‘find nearest Starbucks’ quickly brought up listing with 48 total, and top three nearest showing on list and map. Even had Yelp rating showing for each location,” says judge Christie Schweinsberg. 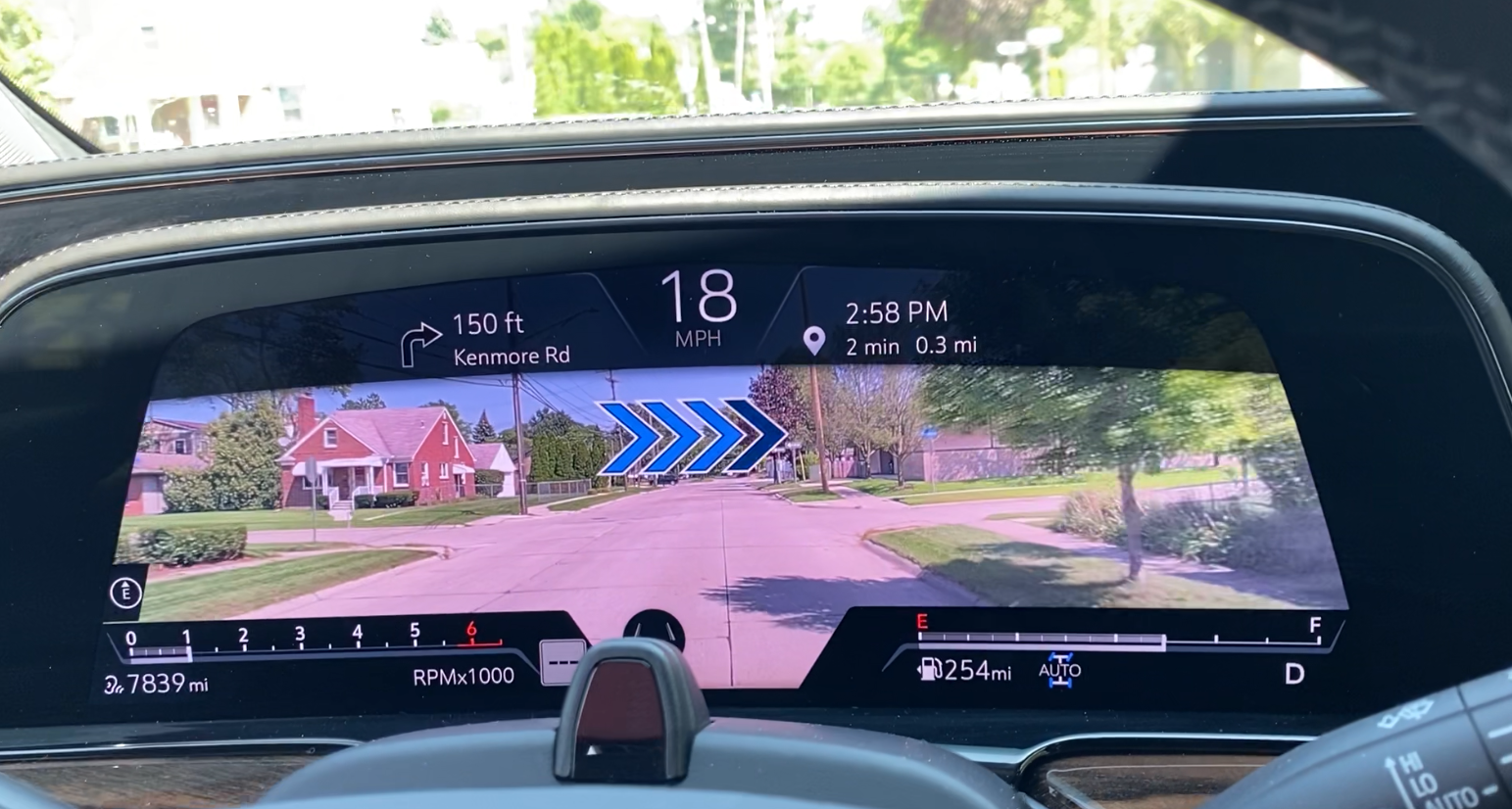 Parking this beast is made easier with the standard Surround Vision feature that employs four exterior cameras to provide a 2-megapixel bird’s-eye view of the scene around the vehicle.

For people who tow, a trailering integration package offers up to nine camera views (including rear camera guidelines) to make hitching easier. 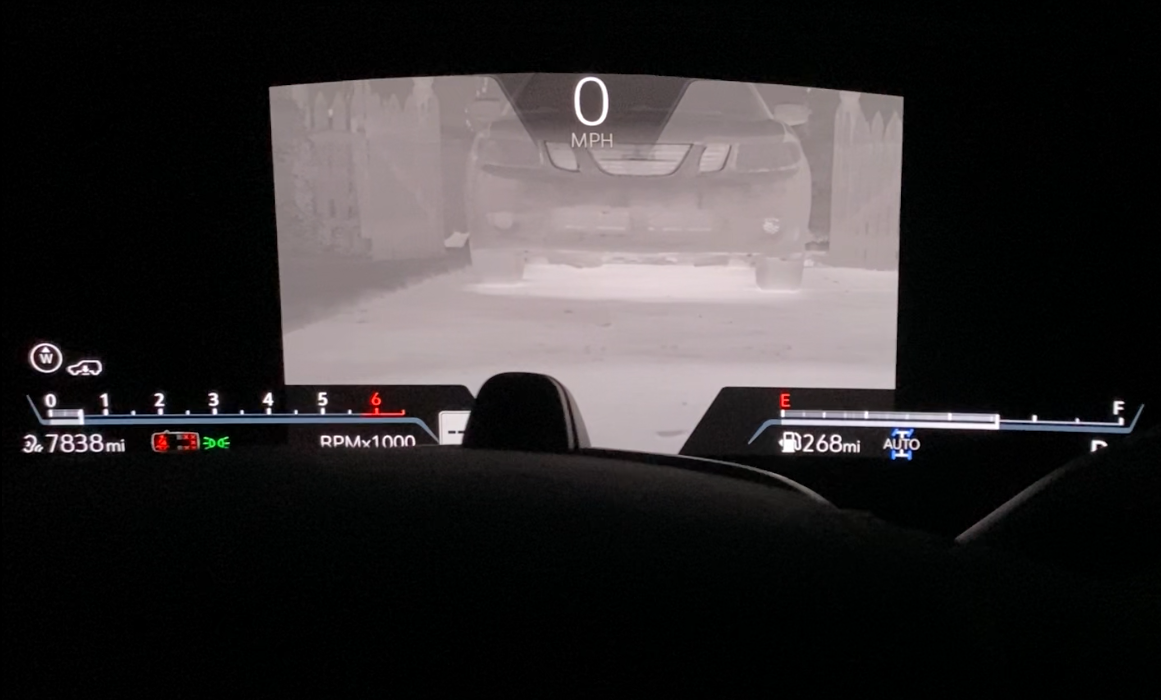 An uncommon but useful feature – Night Vision (pictured above) – uses infrared technology to enhance forward visibility, including detection of pedestrians and large animals projected on the center cluster display. Nothing wrecks a weekend getaway faster than hitting a deer, a surprisingly common crash in rural areas.

Rear-seat passengers are pampered with an abundance of charging ports and a pair of 12.6-in. (32-cm) independent touch displays with navigation as well as streaming capability to play games, music and videos through HDMI and USB inputs. 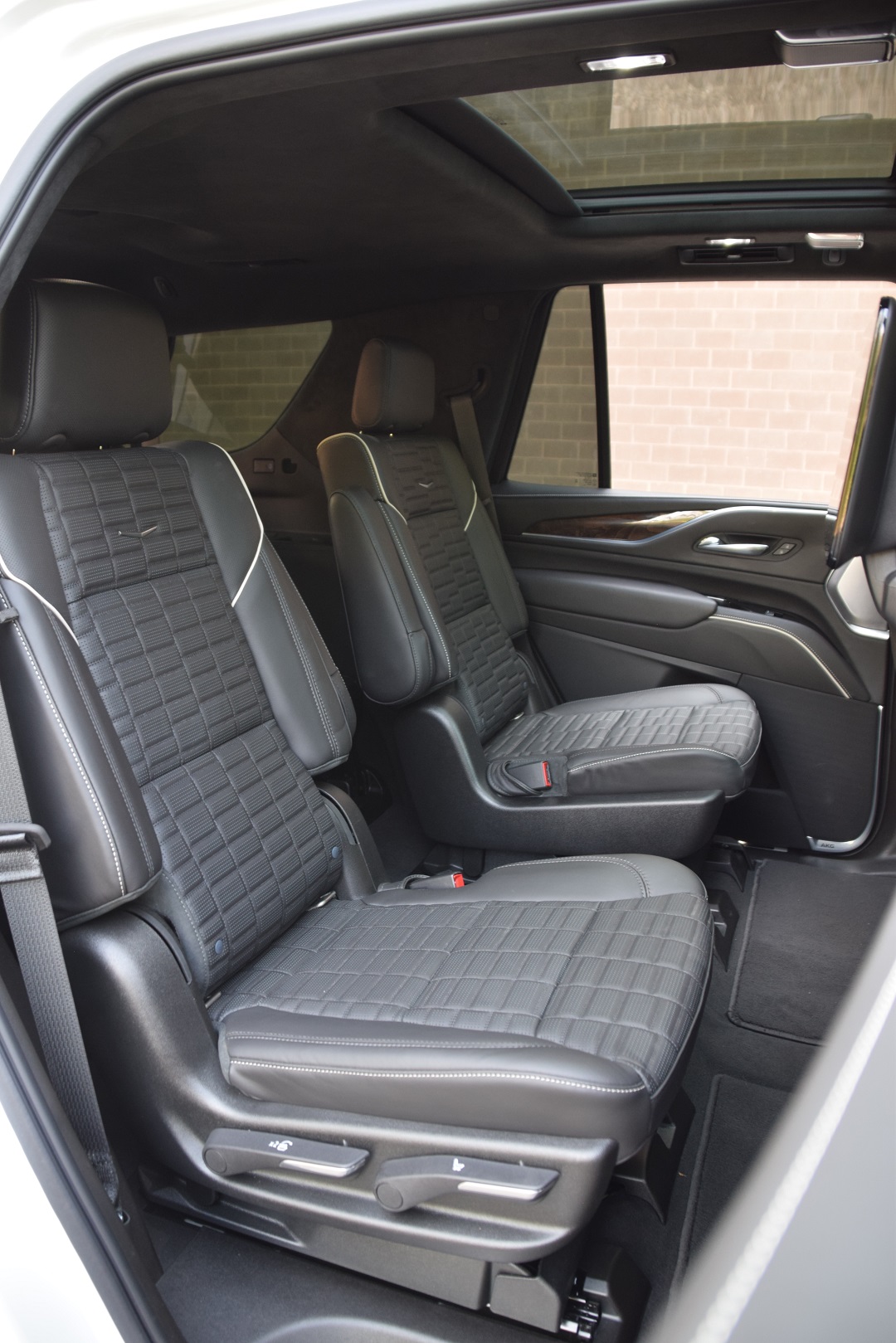 The screens can also mirror Android smartphones. Additionally, destination suggestions can be sent by rear passengers to the front navigation screen, for the driver to accept or decline.

Super Cruise and many other features of the Escalade are powered by General Motors’ new Vehicle Intelligence Platform. The electronic architecture manages up to 4.5 terabytes of data processing power per hour, a fivefold increase in capability over GM’s previous architecture.

With an expanded capacity for smartphone-like over-the-air software updates, the system allows functionality upgrades throughout the lifespan of the vehicle. 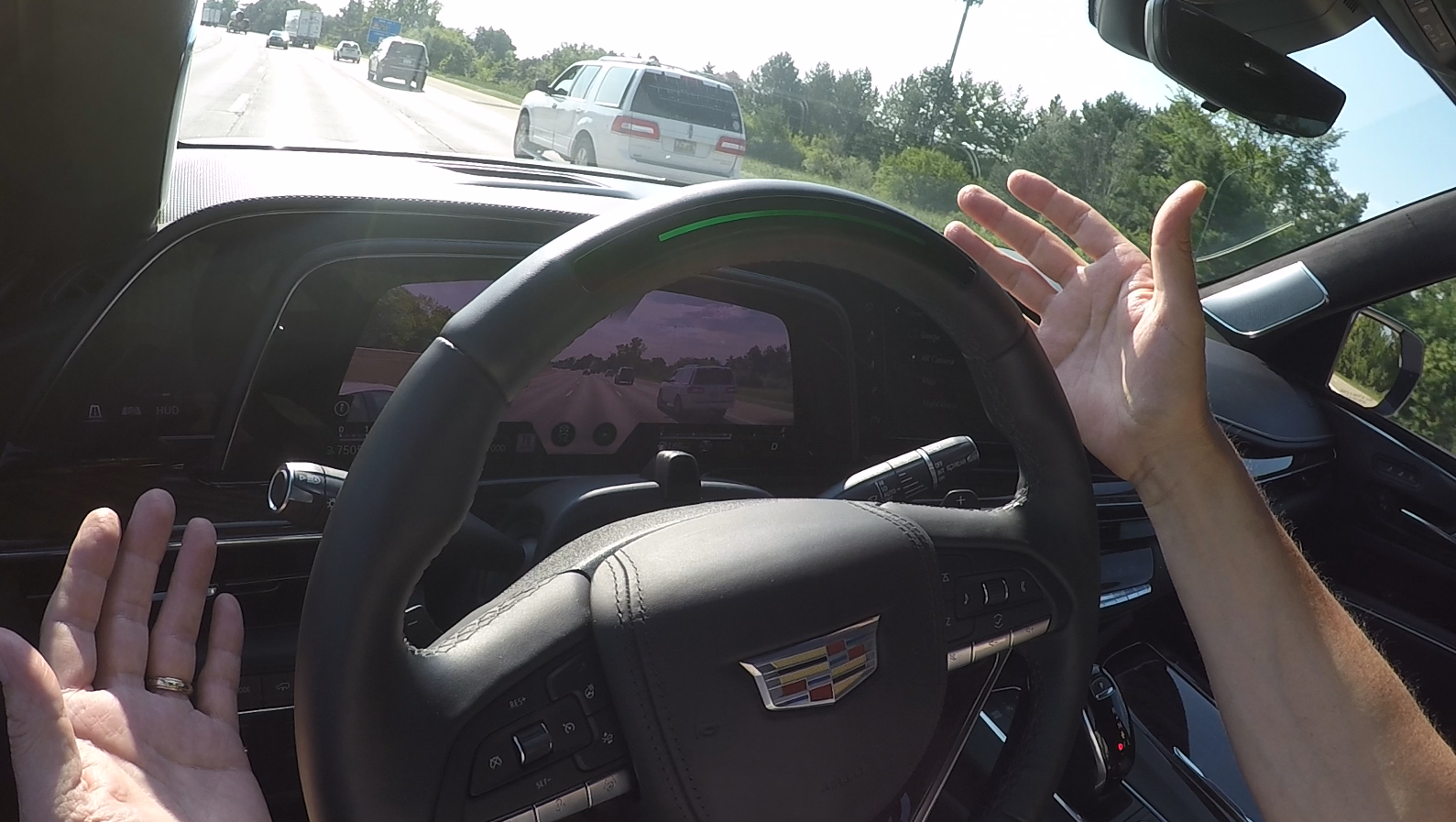 It also provides more rapid communications within the vehicle itself and to outside sources thanks to Ethernet connections of 100Mbs, 1Gpbs and 10Gbps. 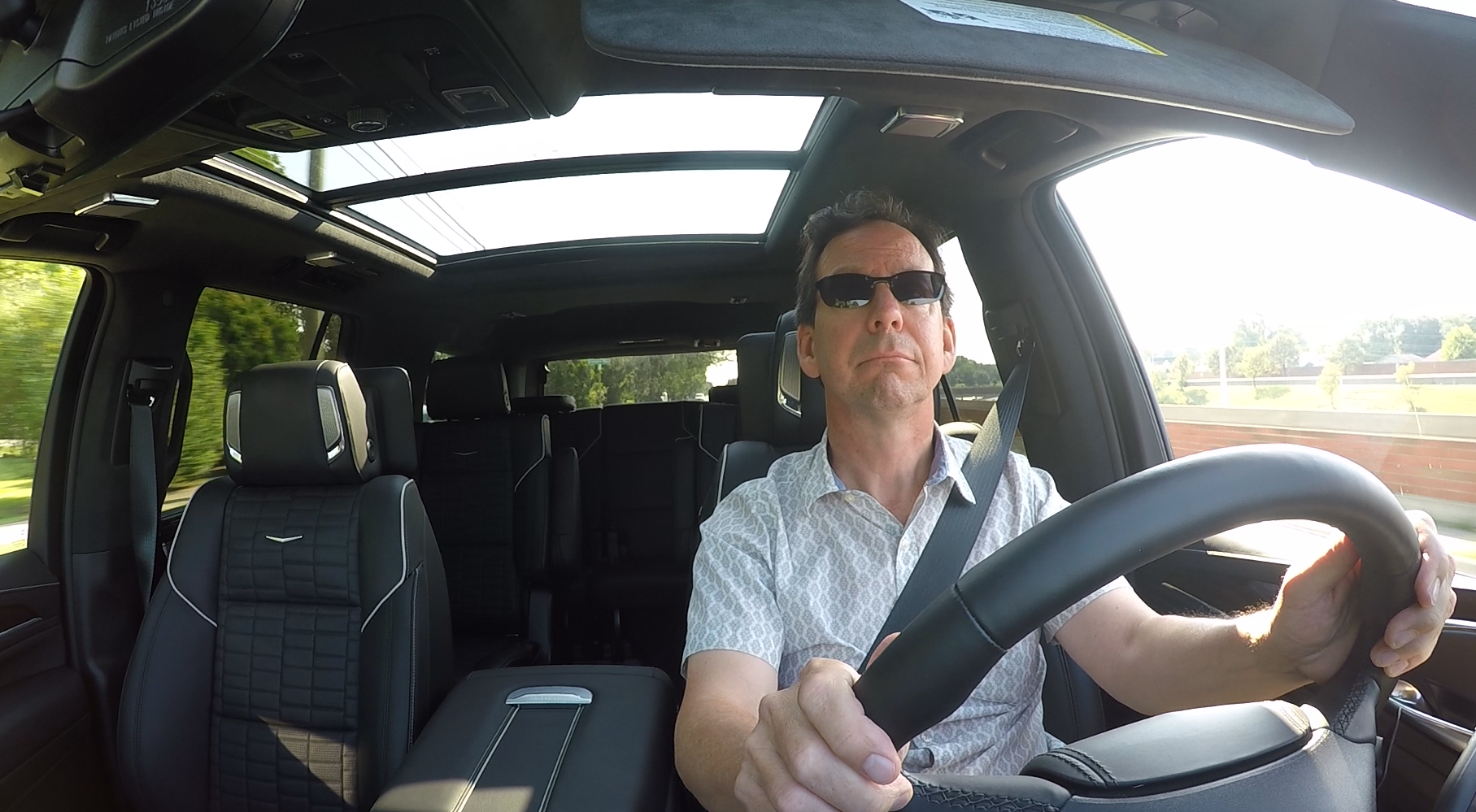