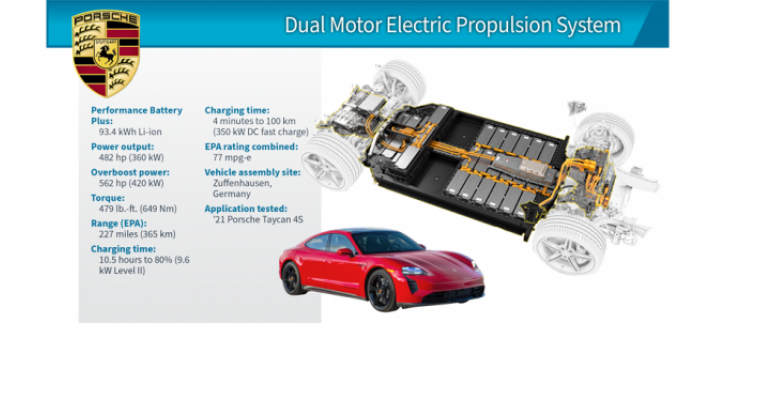 Whether or not we want to embrace it, gas-powered high-performance cars are beginning to represent the fading past and BEVs the rapidly arriving future, as demonstrated by the lightning-quick Taycan 4S.

The 2021 Wards 10 Best Engines & Propulsion Systems are being revealed in random, non-alphabetical order one per day until September 24. This is the sixth winner profile.

“Now that’s what an electric car should sound like!” exclaims my millennial passenger as the Porsche Taycan 4S zips instantly to speed, accompanied by the kind of electrically generated whirr his generation will come to associate with performance cars well into the future.

The Taycan, one of the battery-electric and otherwise electrified vehicles on this year’s list of nominees for Wards 10 Best Engines & Propulsion Systems honors, is a singular joy to drive, combining instant electric-motor torque with handling akin to its gasoline-powered 911 brethren.

At 3.8 seconds 0-60 mph (97 km/h), our Taycan 4S test car was the quickest of the electrics we piloted, outpacing the equally impressive Polestar 2 and the Ford Mustang Mach-E by 0.7 and 0.8 seconds, respectively. And bear in mind we’re not even talking about the higher-performance Taycan Turbo (3.2 seconds) or the Turbo S (2.6) variants.

Technical specifications alone can’t capture the visceral feel of the Taycan as it accelerates, brakes and corners, demonstrating all of the attributes of its gasoline-powered siblings while adding a heavy dose of stunning electric propulsion. It’s as though the howl of the flat-six has been replaced by the wail of the electric motors – both equally intense, but the electric version even more so thanks to its lack of combustion-related theatrics.

At $136,190 as tested ($103,800 base price), including the uprated 93.4-kWh Performance Battery Plus ($6,580) and on-board 150-kW/400V DC fast charger ($460), the Taycan 4S is the most expensive vehicle in this year’s competition. Setting aside the marque’s notoriously aggressive pricing, the Taycan’s technology supports its higher sticker.

Topping the list is the vehicle’s twin permanent-magnet motors, one on each axle, producing a maximum 562 hp and 479 lb.-ft. (649 Nm) of torque. The front axle motor drives a single-speed gearbox while the rear incorporates a 2-speed transmission that employs the second ratio in Sport and Sport Plus modes for the quickest acceleration.

Supporting the drivetrain is an 800V architecture that facilitates faster charging and allows the Taycan to operate efficiently through smaller, lighter-weight wiring, improving overall range. Aiding the vehicle’s EPA-estimated 227-mile (365-km) range is an especially robust regenerative-braking system with the ability to recapture up to 265 kW of power, three times the usual regen rate of most BEVs, Porsche says.

Our lead-footed test driving challenged the Taycan’s power supply, but rarely did its observed range dip much below actual miles traveled, a reassuring sign that what you see is what you get.

It’s hard to argue against the latest Porsche 911 Turbo, Chevrolet Corvette Stingray or any other top internal-combustion-powered sports car on our nominee list. But whether or not we want to embrace it, gas-powered high-performance cars are beginning to represent the fading past and BEVs the rapidly arriving future, as demonstrated by the lightning-quick Taycan 4S. 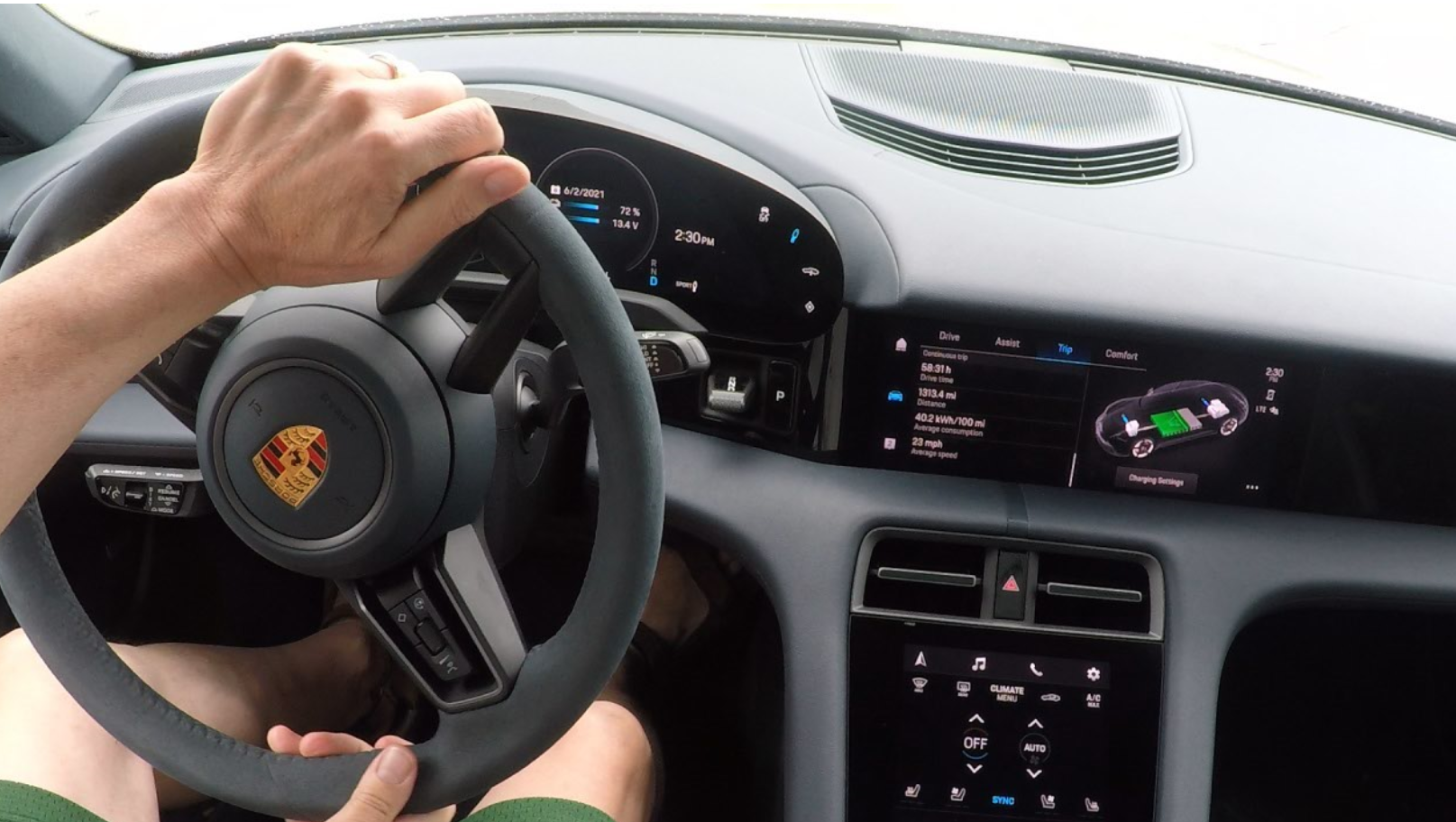 Even without internal combustion, Taycan still feels like a Porsche.