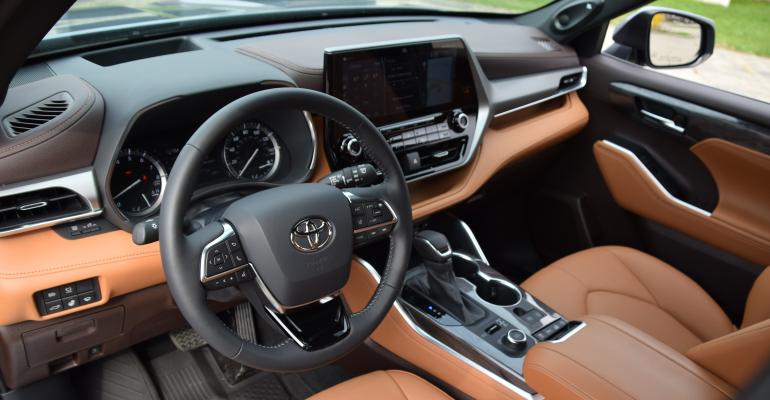 Toyota’s redesigned Highlander 3-row CUV is the only vehicle this year to win both Wards 10 Best Interiors and Wards 10 Best UX honors, thanks to an interior and tech overhaul that keeps it ahead of the competition.

Critics might say Toyota took an overly conservative approach to the exterior styling of its all-new ’20 Highlander.

But inside, it’s hard to find fault with the top-selling CUV. Its significant upgrades earn it not only Wards 10 Best Interiors honors this year but also a double decoration for Wards 10 Best User Experiences.

At $51,654 for the top-end Platinum V-6 AWD model we tested, the Highlander is competitive in its segment, particularly with other 3-row models.

The top trims are available with a new 12.3-in. (31-cm) infotainment touchscreen that sets a new standard among rivals while retaining elements from the previous and popular outgoing model.

These include the ability to reconfigure the infotainment home screen (pictured below) in both how the layout and how the main menu items are displayed. “Touchscreen has great resolution and is nicely configurable,” judge Dave Zoia observes, calling out the “big buttons for HVAC and radio.” 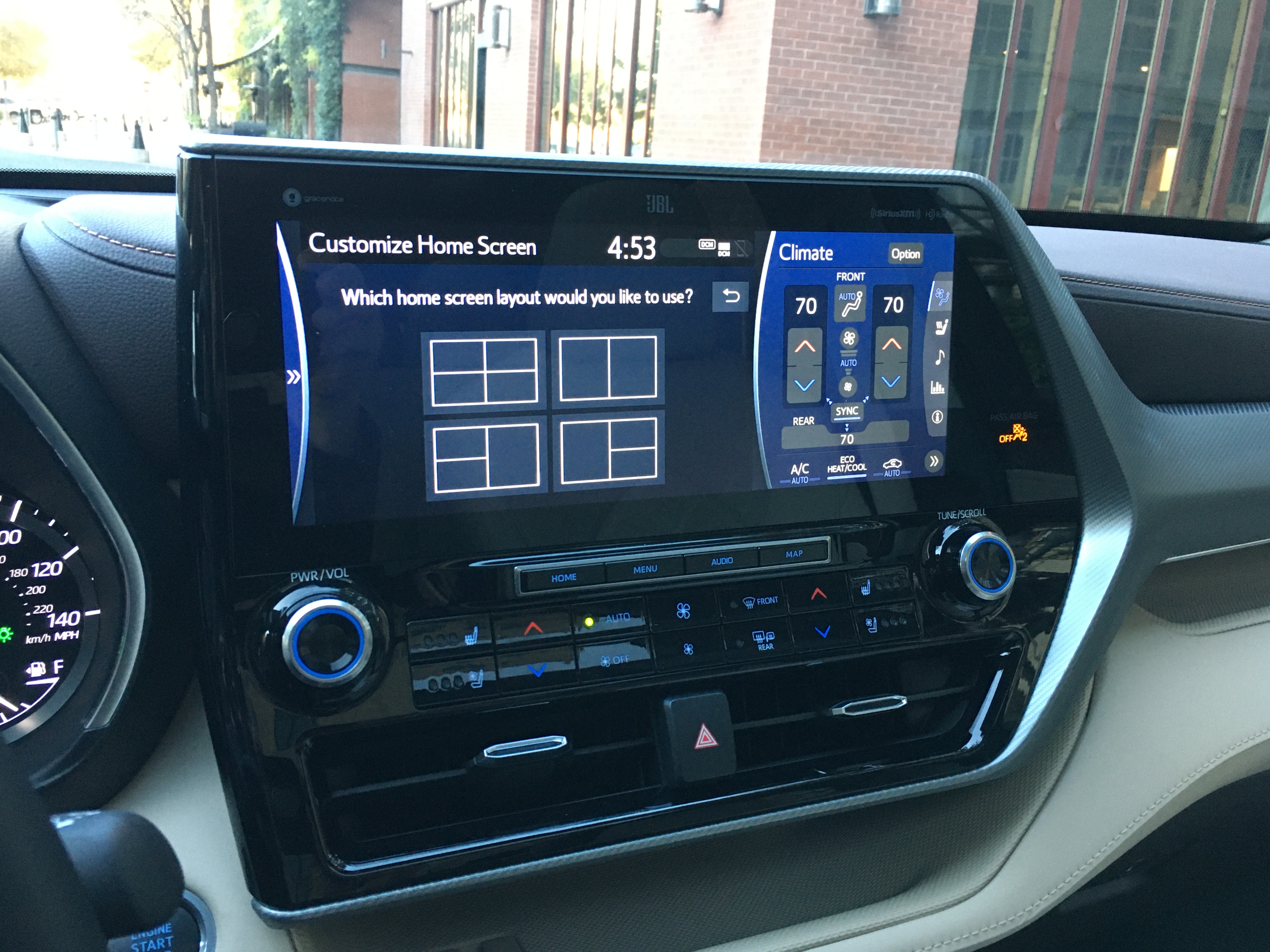 Having relied previously on its proprietary Entune connectivity platform, Toyota adds Apple CarPlay and Android Auto to the ’20 Highlander.

We like that while using those smartphone-integration platforms, functions such as onscreen climate controls also are displayed. And owners can choose to download cloud-based content such as traffic and weather info using either a built-in modem, which eventually incurs a subscription charge, or for free via HD Radio.

The ’20 Highlander (pictured at end of story) borrows the first-rate 10-in. (25-cm) color head-up display that debuted on the latest Camry.

The birds-eye-view camera that’s standard on the flagship Platinum trim level helps drivers see around the vehicle, as with most surround-view monitors, but it adds a unique rotating 360-degree view, while the entire rearview mirror turns into a backup display for enhanced visibility. 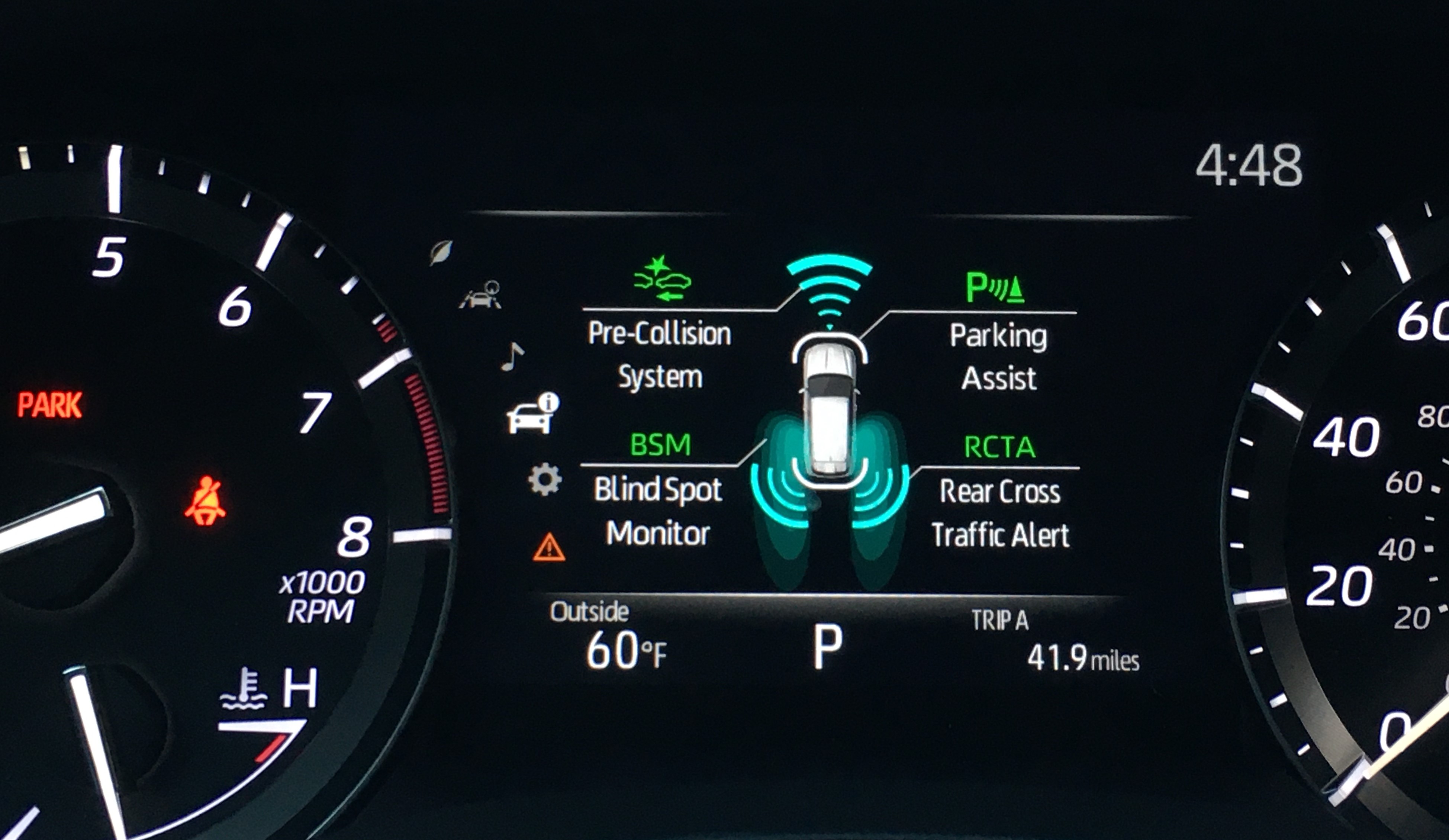 The 7-in. (17-cm) digital instrument cluster (pictured above) used to adjust the HUD also is used to fine-tune the Highlander’s first-rate ADAS functions. “Definitely the best-performing ADAS tech I’ve tested yet,” judge Christie Schweinsberg enthuses. “It’s very reliable and gave me confidence behind the wheel.”

She’s impressed with the fast phone pairing and the available WiFi link. “There’s also Alexa compatibility, and CarPlay was excellent for texting Dave (Zoia) and James (Amend) while I was driving via Siri.”

Schweinsberg also drilled into the voice controls and found them intuitive and responsive, even when using natural speech instead of scripted commands.

“To get to where I was to meet Dave for a car swap,” she says, “it was smart enough to know the Comerica we were meeting at wasn’t on Squirrel Road, as I asked for, but on Hamlin Road. Nice.”

Cars that are as smart as humans make for an outstanding user experience. 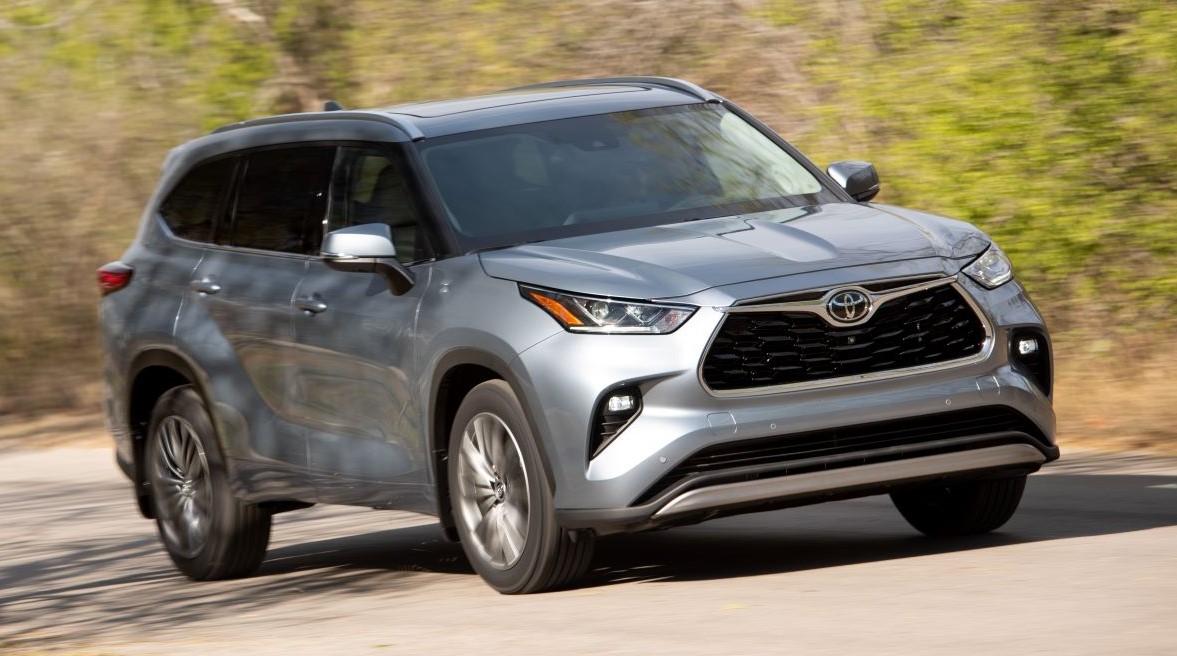