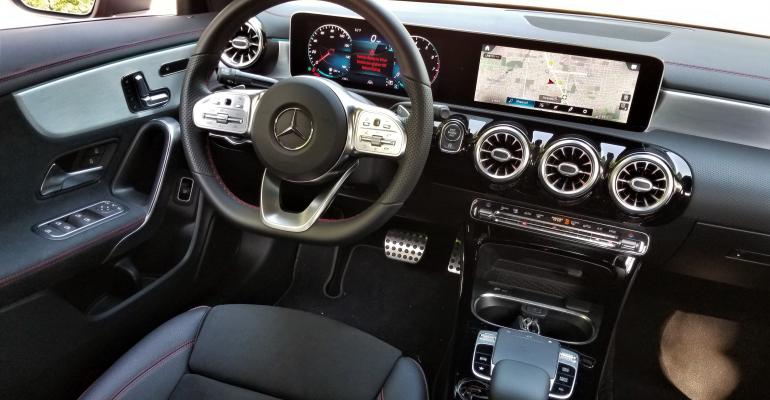 Sometimes an automaker throws the UX kitchen sink at a vehicle and ends up with a mish-mash that performs well in some ways and is an utter failure in others.

That’s not a problem in the ’20 Mercedes-Benz CLA250, a compact sedan that shoots for the moon and instead reaches the stars. 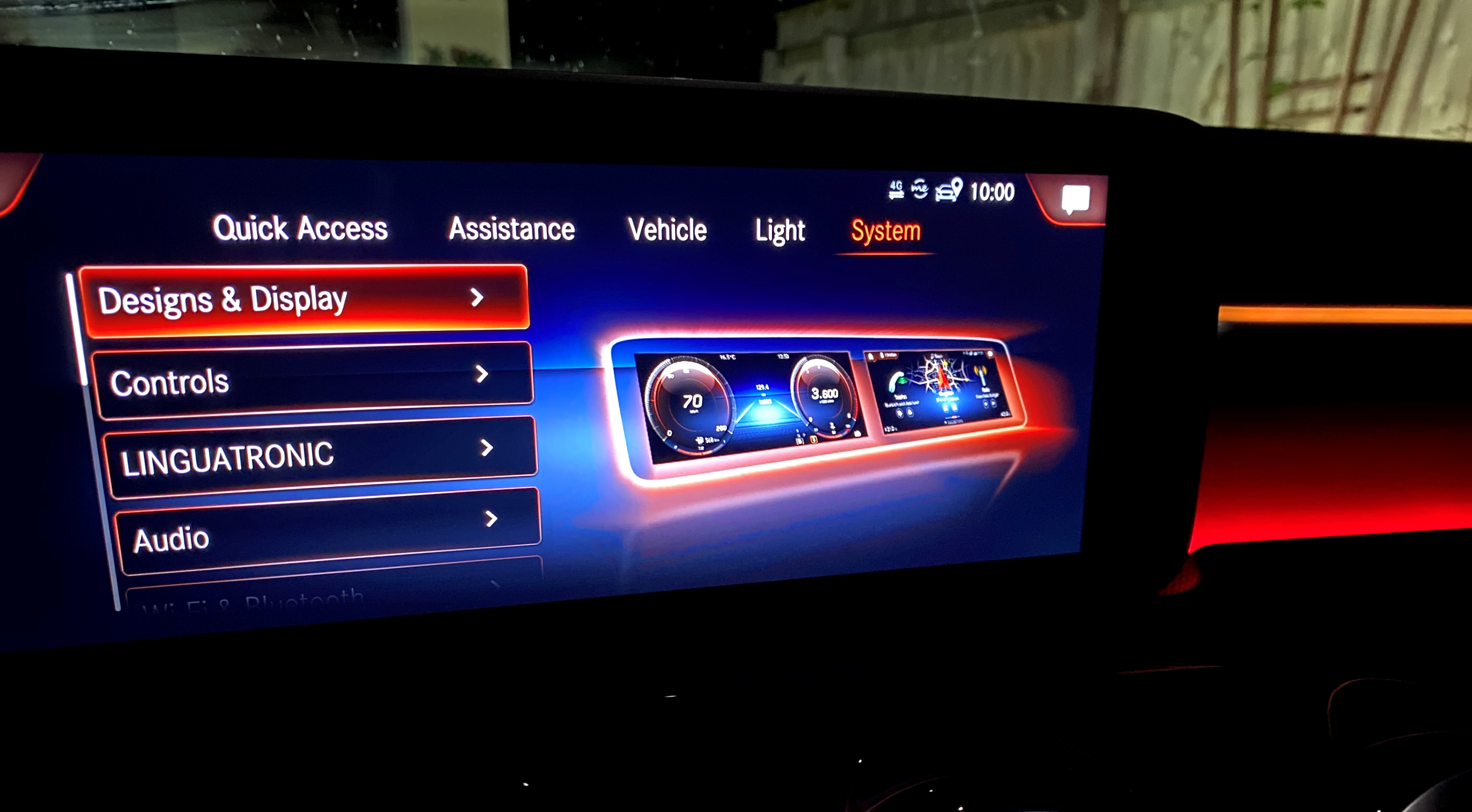 The diminutive CLA checks nearly every one of our UX boxes. What the vehicle lacks in certain features (oddly, no head-up display) it makes up for with gorgeous displays and highly capable ADAS features.

The dividing line between the twin screens is hidden, giving the appearance of a single seamless panel from instrument cluster to center stack.

“Gorgeous screen,” says editor Christie Schweinsberg, noting the two separate screens are made to look like one. “Both have lots of colorful imagery, rendered wonderfully. I love the look of the progressive gauges in the cluster and the digital replica of the CLA in the settings section of the main menu.”

On the road, the CLA continues to impress.

Mercedes’ highly rated Distronic driver-assistance system remains top-notch, with ACC able to resume moving even after up to a one-minute stop in traffic. Then there’s the surprisingly adept automatic lane-change feature that checks the blindspots, signals and shifts lanes with the mere touch of the turn-signal stalk.

Speed-limit assist, which reads traffic signs or uses known speed limits as well as route-based information on speed, curves and exits to set the vehicle speed to match, is a winner for relieving stress – as well as any worries about collecting traffic citations.

But the topper, lauded by all of our judges, is the augmented-reality navigation, providing a video image of the surroundings highlighted by visual cues for cross streets and house numbers every step of the way.

Add in the German automaker’s attention to quality materials and craftsmanship, along with the “oohs” and “aahs” prompted by the multi-color interior illumination, and it’s easy to see why the Mercedes-Benz CLA250 wins a Wards 10 Best UX trophy.

“The CLA blends some classic Mercedes design cues with cutting-edge technology,” says judge Dave Zoia. “Its expansive digital displays with state-of-the-art graphics are industry pace-setting. Add to that the long list of ADAS features – including hands-free lane changing – and the CLA easily lands among the leaders in user experience.” 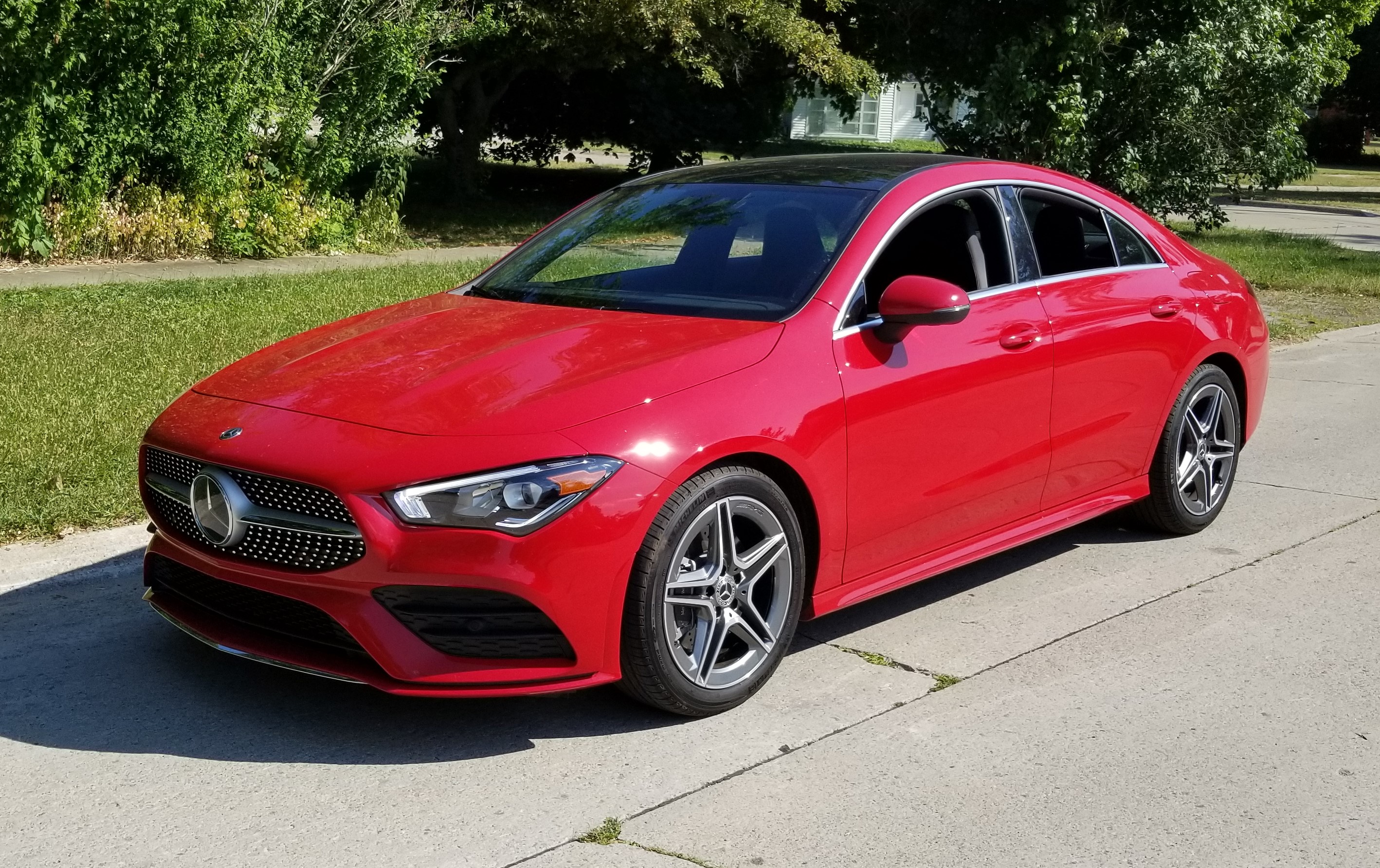