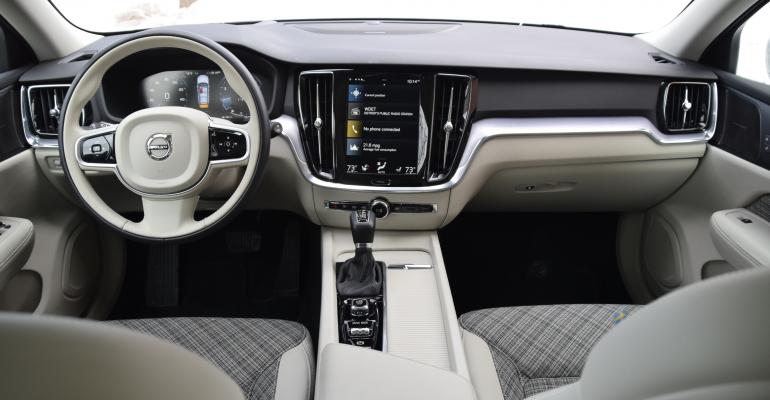 Sometimes you have to throw caution to the wind and just go for it, as Volvo did with the V60 T6 Wagon, a 2019 Wards 10 Best Interiors winner.

The sporty little wagon boasts all kinds of the Scandinavian practicality, versatility and advanced safety systems the automaker’s loyal customers have grown to love. But it is the Blonde City Weave Textile Upholstery on the seating surfaces and door inserts that left the competition’s judges wide-eyed in amazement.

The second-generation midsize V60 offers other fine interior materials, such as a rich Maroon Brown leather, but City Weave is both a nod to Sweden’s home-furnishing heritage and a departure from the everyday that industry watchers, such as Wards, love to cheer.

Says editor and judge Drew Winter: “Volvo deserves credit for offering new material and color patterns instead of the usual,” while colleague Bob Gritzinger adds, “The plaid is a winner for providing an immediate connection with Volvo’s Scandinavian heritage and making a unique statement.”

Not only do the seats convey a timelessly modern design, they strike a nice balance between comfort and support. Well-bolstered for the spirited driving its 360-hp 2.0L turbocharged 4-cyl. seduces you into, the seats also provide enough cushion for the long haul.

In fact, the V60 is comfy from stem to stern. It is devoid of hard surfaces and despite its sloping roof line, there is enough second-row headroom for the average adult and lots of wiggle room with its expanded dimensions. The rear seats fold electrically to unlock the flexibility of an available 31.7 cu. ft. (898 L) of cargo space. Oh, how we love a wagon! Outboard headrests also fold electrically.

The blonde interior of the V60 gathers light from the panoramic moonroof to make the cabin warm, bright and airy. Iron Ore Aluminum deco inlays provide a delightful contrast. In another nod to the automaker’s Swedish heritage, those dark gray trim pieces feature a vertical grain inspired by the iron ore that drove the country’s industrial revolution.

It would not be a Volvo without a full slate of safety equipment, including City Safe automatic braking with an industry-exclusive capability to help recognize between pedestrians, cyclists and large animals. The V60 also offers Pilot Assist semi-autonomous driving technology. It assists with steering, acceleration and braking at speeds up to 80 mph (129 km/h).

Volvo is a year away from their Vision 2020 initiative of no fatalities or serious injuries in one of its vehicles, and the V60 demonstrates the automaker is nearing that admirable goal.

It is also worth noting the dramatic exterior of the V60, which is Volvo’s most ambitious evolution yet from its boxy past, another gamble its designers deserve credit for taking.

It all adds up to an unforgettable, wrapped-in-plaid experience behind the wheel. 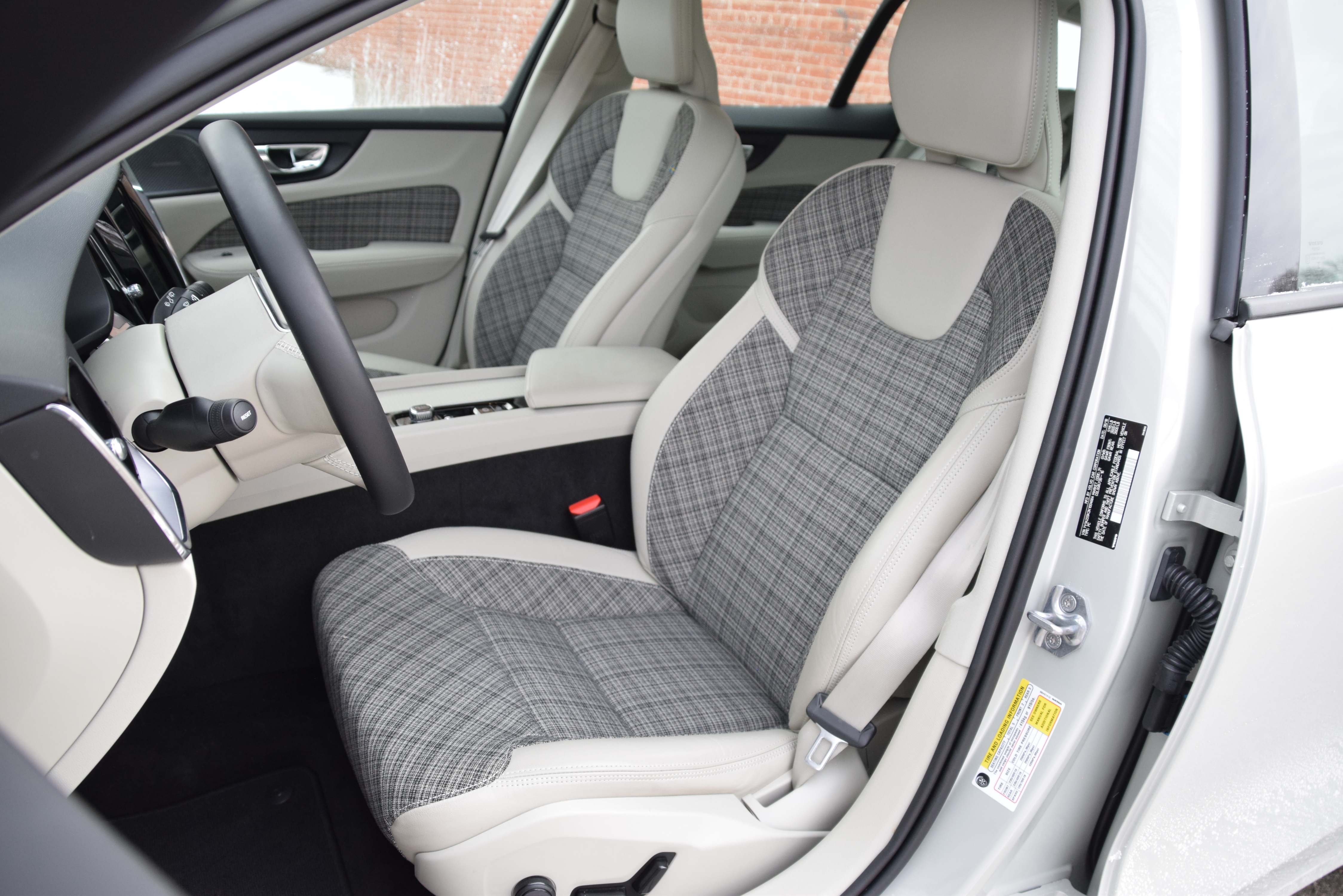