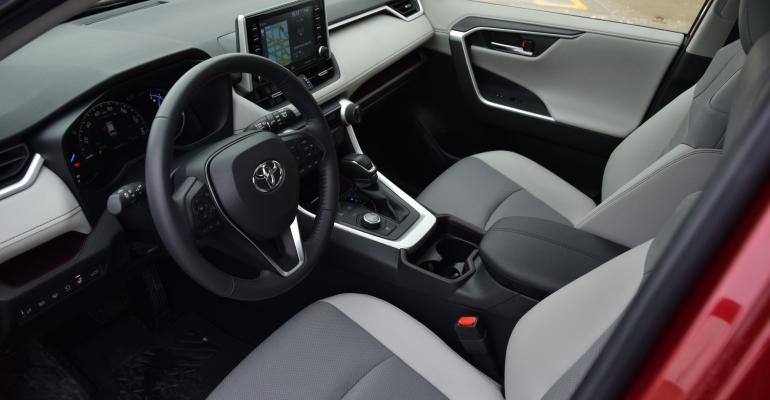 The cabin of the best-selling utility vehicle in the U.S. impresses our judges with its geometric shapes and contrasting colors, plus its copious comfort and safety technologies.

Toyota sold an astounding 417,000 RAV4s in the U.S. last year and plans to at least match that volume this year with the redesigned ’19 model.

If an interior can be a selling point (and we absolutely believe it can be), then Toyota should prepare for even more RAV4 demand as the grade we tested, a $39,000 Limited Hybrid, has lots of style and content to help it stand out against the copious competition in the midsize CUV segment.

Upon opening the door of our tester, a mix of light and dark gray immediately grabs our eyes, a handsome alternative to monotone drabness. The varying shades of gray can be found on the instrument panel, as well as seats and doors.

But it’s the splashes of a bolder color as well as pattern that really draw our judges’ accolades.

Mocha-colored trim is used effectively as an accent on bezels for the front cupholders and the tray holding the Qi wireless charge pad, as well as in storage cubbies on the instrument panel (pictured below). 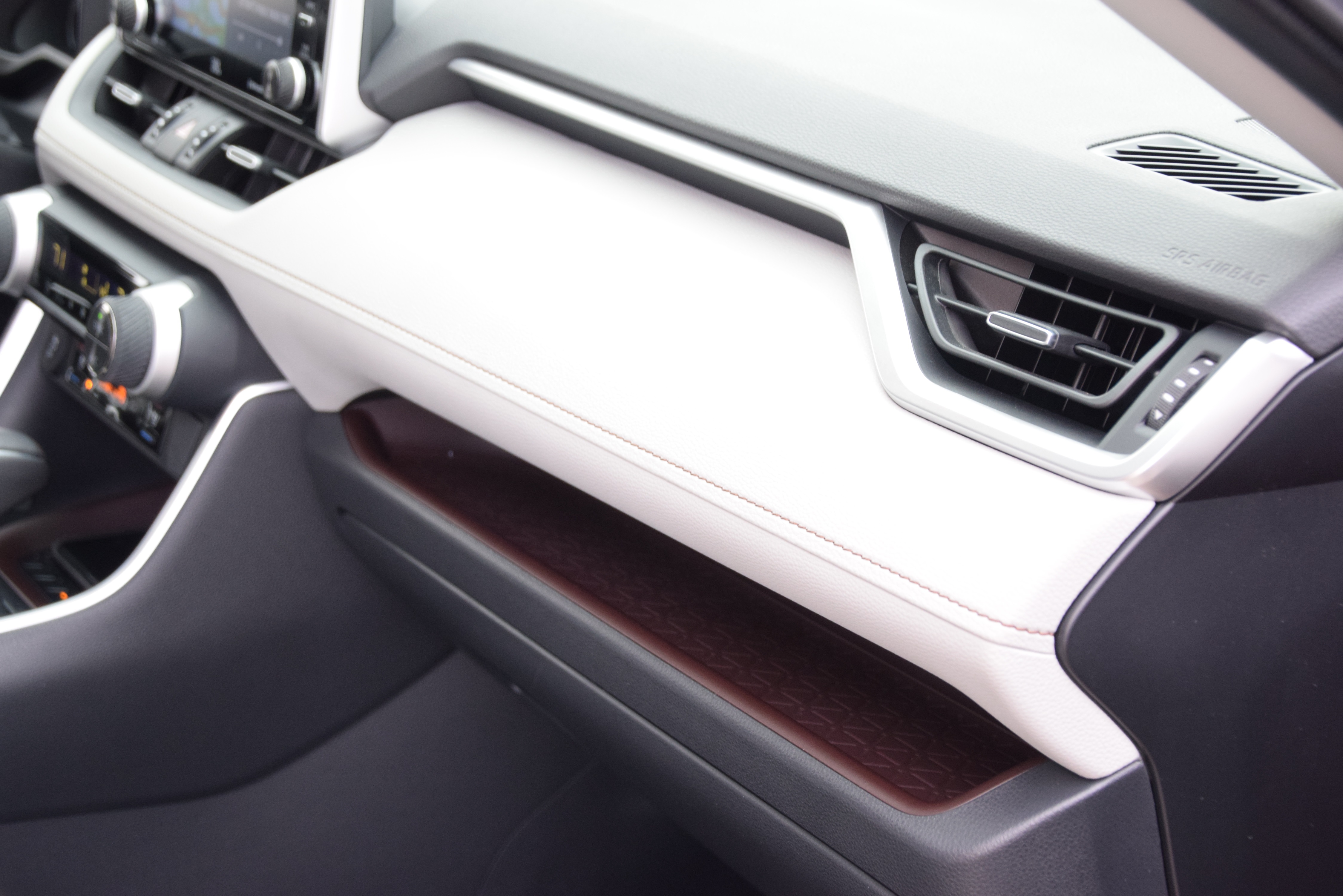 That type of atypical color is great to see in a mass-market CUV, but Toyota designers go even further and add pattern into the mix.

A fun starburst/broken triangle design is imprinted on the mocha-colored tray above the glovebox on the passenger side, and on a smaller tray left of the steering wheel.

The same pattern is used elsewhere in the vehicle sans the mocha shade – on speaker grilles on our Limited Hybrid’s lower doors, around the Qi charge pad, in a tray inside the center box and in the bottom of front cupholders.

Meanwhile, mocha accent stitching can be found on the light gray areas of the IP and doors, as well as on the sides of front seats.

Trapezoid- and trapezoid-esque elements are on instrument-panel vents, the door handle surround and the outline of speaker grilles.

“And front-row door handles are way cool – they remind me of a profile of a falcon that’s ready to strike,” says judge Tom Murphy, who adds the RAV4 shows “Toyota is taking chances – the kind of chances this competition should reward.”