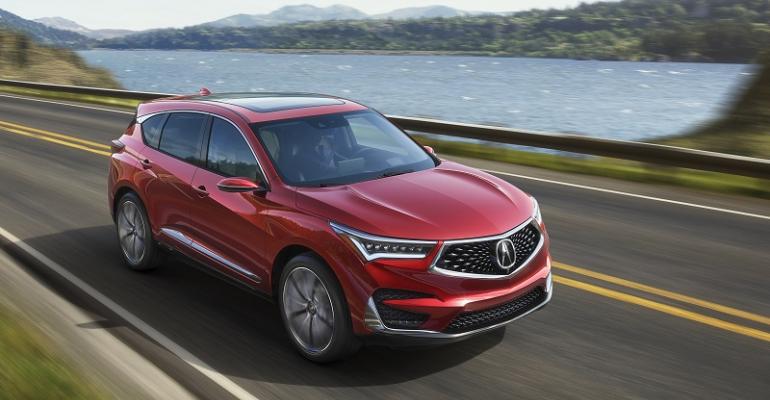 A new body, platform, engine and transmission, as well as a thorough rework of the brand&rsquo;s center stack, can be found on the next-gen CUV.

The close-to-production RDX prototype being shown here is a look at what Acura is billing as its most extensive vehicle redesign in more than a decade.

“The ’19 Acura RDX, presaged by the RDX Prototype, has undergone a clean-sheet, top-to-bottom remake and will be the first Acura model to fully embody Acura’s new design language as envisioned in the Acura Precision Concept, and its new interior design and technology as imagined in the Acura Precision Cockpit,” the Honda luxury brand says in a statement released to media ahead of today’s debut.

The RDX has several design cues seen on the Acura Precision concept, unveiled at the 2016 NAIAS, including a lower, wider stance and a next-gen version of the brand’s signature diamond pentagon grille. Also getting a fresh look are Acura’s JewelEye LED headlights.

Immediately noticeable inside the vehicle is Acura’s move away from two small screens on its center stack. In a nod to the Precision Cockpit, the RDX prototype has a dual-zone 10.2-in. (26-cm) full-HD screen atop the center stack. It is controlled by what Acura calls the True Touchpad Interface.

While Acura says the third-gen RDX rides on a new platform that us exclusive to the brand, WardsAuto data partner AutoForecast Solutions says the vehicle is on the same platform as the new Honda Civic, as well as the forthcoming Honda Insight also being shown here at NAIAS.

The RDX returns to its roots, using a turbocharged engine once again. The first-gen ’07 RDX had a 2.3L turbo that later was eliminated in favor of a 3.5L V-6. The new RDX is powered by Honda’s new 2.0L DOHC direct-injected and turbocharged 4-cyl. from the new Accord sedan. The engine is mated to the automaker’s 10-speed automatic transmission, also on the Accord and Odyssey minivan.

The RDX once again offers the brand’s torque-vectoring Super-Handling All Wheel Drive, but in an updated form. A new rear differential sees maximum torque capacity rise 150% compared with the rear diff in the outgoing RDX, Acura says. 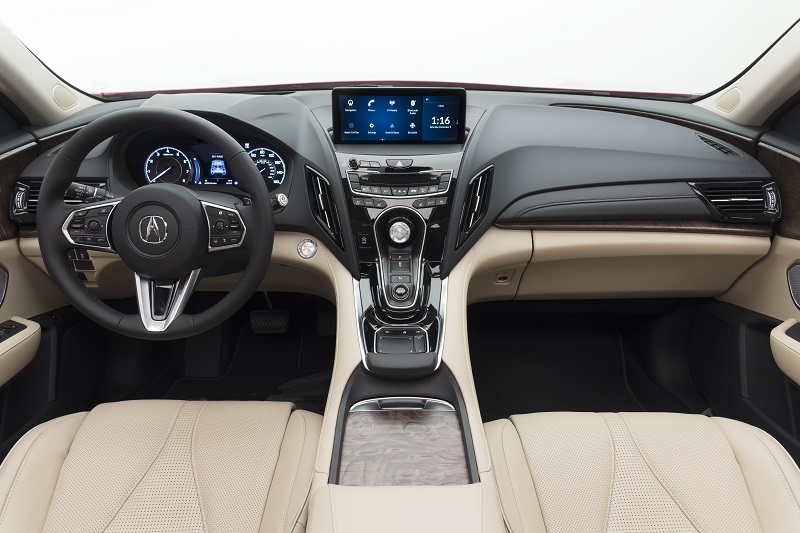 The RDX’s seats are new and more intricately sculpted, and driver- and front-passenger seats are power adjustable with 16 settings.

Acura claims the RDX’s moonroof, standard on all grades, is the largest in its class.

The ’19 RDX goes on sale in mid-2018. The vehicle will continue to be assembled at Honda’s East Liberty, OH, plant, with its engine sourced from Anna, OH. The third-gen RDX marks the first time a U.S.-led R&D team developed the model, as Honda’s Japanese R&D group oversaw previous generations.

The ’19 RDX was styled at Acura’s Los Angeles design studio.