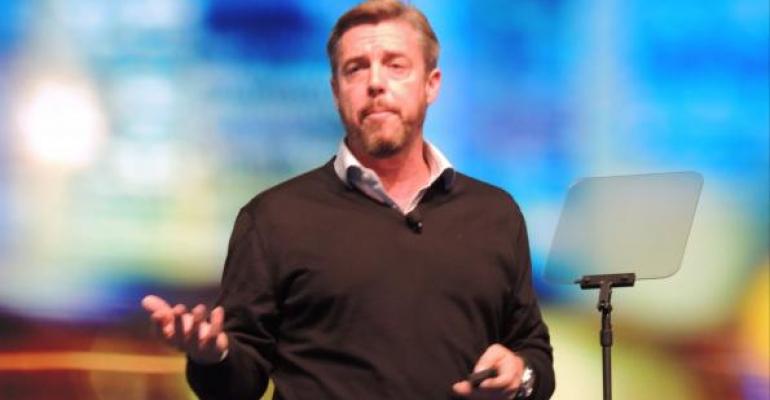 Scott Painter Back With Used-Car Leasing for the Noncommittal

LAS VEGAS – Self-described serial entrepreneur Scott Painter is back with another startup digital company, Fair. It leases used cars to people who don’t like to make commitments.

The Fair mobile app, launched in Los Angeles and slated to expand to select U.S. markets in 2018, allows consumers using smartphones to shop, get approval, pay a vehicle fee and then pick up their short-term lease vehicle at a dealership.

“They can turn it back in whenever they want,” says Painter. If they so desire, they can start the process anew. It’s a cross between traditional leases and daily rentals.

Painter is an auto-retailing agent of change and the founder of TrueCar, a consumer website that provides vehicle pricing.

TrueCar and Painter in particular faced industry foes who contended the company’s business model pitted dealer against dealer in what AutoNation CEO Michael Jackson once described as a price “race to the bottom.”

Many people “think I represent a lot of change and anxiety,” Painter says during a presentation at the J.D. Power Auto Summit held in conjunction with the 2018 National Automobile Dealers Assn. Convention and Exposition here.

Painter ultimately overhauled the TrueCar model to make it more dealer-friendly. He left the company in 2015 amid less-than-stellar stock performances.

At the J.D. Power conference, Painter tells the audience, “I’m not here to pitch Fair.” He then proceeds to talk about it in detail.

“It’s for the modern consumer who doesn’t like commitments,” he says, adding it’s all-digital, 100% paperless and half the price of a rental car.

Fair owns the leased used vehicles. “We’re the lien holder,” Painter says. “We are a fleet operator. We do register the drivers.”

Older vehicles with relatively high mileage lease for less. “A car in year six doesn’t depreciate nearly as much as in year one,” Painter says. “We charge for vehicles based on that. We’re in the actuary business.”

Dealers play a role as the keeper of the vehicles. Painter says Fair co-founder George Bauer, an auto industry veteran, told him, “If dealers don’t love this, I’m not going to be your partner.”

Customers who unilaterally end their leases whenever they want thereupon return the vehicles to the dealer who delivered it.

Fair has raised $1 billion in capital. The company needs that much money, Painter says. “The vehicles are on our books. You need a lot of capital for that.”