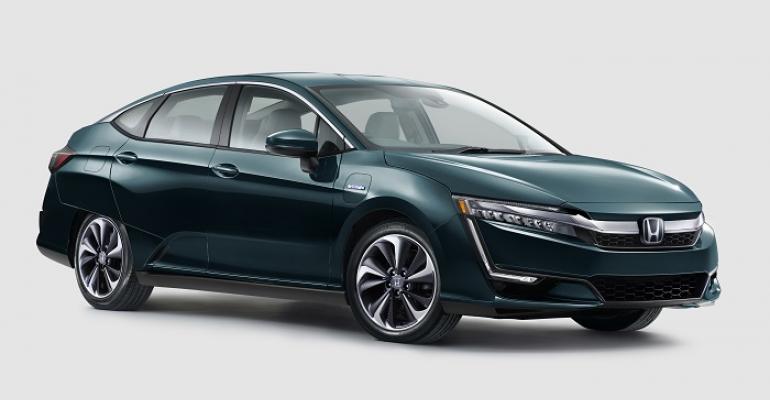 Honda details the plug-in hybrid and all-electric versions of its new Clarity sedan today at the 2017 New York auto show, revealing it wants to sell 75,000 units of the 3-model Clarity lineup cumulatively over the cars’ first four model years in the U.S.

Honda also has a hydrogen-fuel-cell version of the Clarity already on sale in California.

The Clarity PHEV’s all-electric range is expected to be 42 miles (68 km), which Honda says would be the most of any midsize PHEV car sold in the U.S., topping the Toyota Prius Prime and Hyundai Sonata PHEV’s respective 25-mile (40-km) and 27-mile (43-km) all-electric range.

However, many classify the extended-range electric Chevy Volt as a plug-in hybrid. The Volt can travel 53 miles (83 km) on a full battery.

The Clarity PHEV, seen as the best-selling Clarity variant and to be sold in all 50 states, uses a 181-hp electric motor making 232 lb.-ft. (315 Nm) of torque and has a 17-kWh lithium-ion battery pack. It is projected to take 2 ½ hours to recharge the pack using Level 2 (240V) charging.

Honda says it expects a top-of-class 105 MPGe fuel-economy rating for the PHEV, which goes on sale later this year in the U.S.

The Clarity electric vehicle will underperform most competitors on range, with Honda estimating an 80-mile (129-km) journey on a full battery. Many EVs sold in the U.S. can travel near or beyond 100 miles (161 km) on a full charge, including the Nissan Leaf and new Hyundai Ioniq. The new Chevy Bolt bests all EVs, with an EPA-estimated 238 miles (383 km) of electric range.

Both the Clarity PHEV and EV have driver-selectable econ, normal and sport modes, with the PHEV boasting a fourth mode, HV (hybrid vehicle).

The Clarity EV gets standard display audio with Apple CarPlay and Android Auto and Honda’s suite of advanced-safety technologies.

The PHEV comes in two trim levels, standard and Touring, while the EV has one grade. 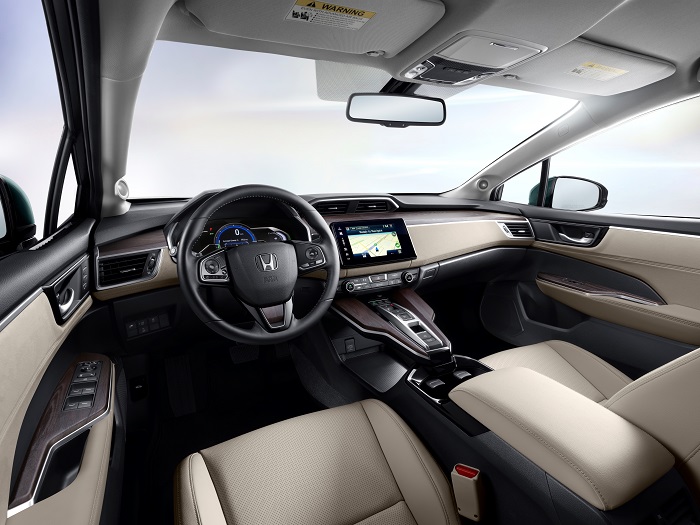 The electric Clarity is set to go on sale later this year in California and Oregon, with Honda promising “an attractive lease program” for the car.

The three Clarity alternative-powertrain models are part of Honda’s effort to make electrified vehicles two-thirds of its global sales by 2030.

Honda reiterates it is planning a dedicated hybrid for the U.S. market in 2018. In New York-show materials it specifies the vehicle will have a car body style.

The Japanese automaker sold a dedicated hybrid in the form of its first- and second-generation Insight cars. Also, the CR-Z sports coupe in the U.S. is a hybrid-only model.