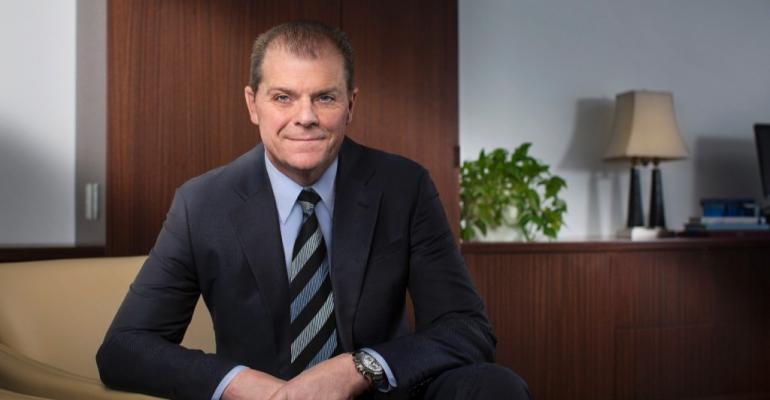 “My dad had one and that was our family car,” he says here commenting on changing consumer trends. “Eventually, coupes became a small part of the business.”

But America’s love affair with SUVs is more than just a passing interest, LaNeve predicts at the unveiling of a refreshed Ford Expedition. “I don’t see it stopping.”

SUVs accounted for 28% of U.S. light-vehicle sales about 10 years ago. Last year, they took 40% of the market. Ford expects that to hit 45% in the next five to seven years.

“The oldest Millennials turn 37 this year and as they have families they are choosing SUVs,” says LeNeve, Ford’s vice president-U.S. marketing, sales and service. “And Boomers are picking SUVs for practical reasons. People have all sorts of reasons for buying SUVs.”

Ford plans to keep rolling out new and redone utility vehicles. The compact Ecosport, little brother to the Escape, is coming out next year. An all-new Expedition fullsize SUV is debuting this fall.

“My team and dealers can’t wait for the new Expedition,” LaNeve says, touting, among other things, its multi-connectivity. “It hooks up to 10 devices, and within 50 feet of the vehicle. Can you imagine that?”

Refreshed in 2015, an all-new ’18 Explorer is in the wings. That vehicle, arguably the first modern SUV on the market, dates back to the 1990s. Its average transaction prices in recent times have climbed as Ford has added more upscale trim levels, LaNeve says. “It’s the gift that keeps on giving.”

Not to give the impression he’s SUV-centric, LaNeve touts cars in the Ford lineup, even though that segment has softened, making up a minority of U.S. vehicle sales last year.

But, LaNeve says, “passenger cars such as the Ford Mustang, Fusion and Focus are still important.”