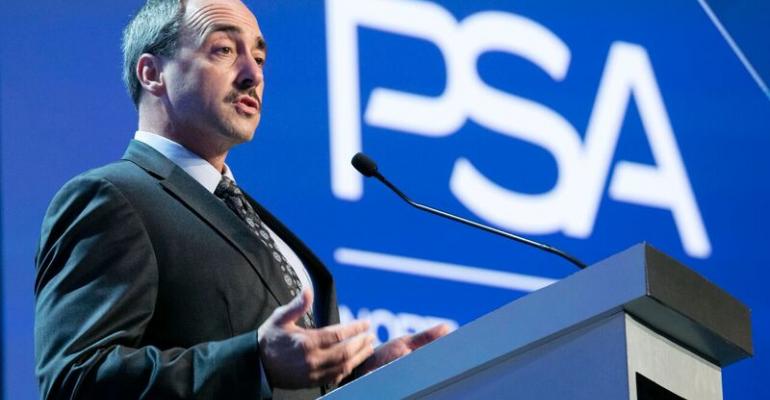 &ldquo;It&rsquo;s dramatic to say we are doing it from scratch; there has been a lot of planning,&rdquo; says Larry Dominique, CEO of the recently established PSA North America.

TRAVERSE CITY, MI – Group PSA will draw from tradition and modern technology as the French automaker maps out its return to North America, says the industry veteran who will lead a step-by-step reentry.

“We will take advantage of new technology while keeping the values of a car company,” Larry Dominique, CEO of the recently established PSA North America, says at the 2017 Center for Automotive Research Management Briefing Seminars here.

Also on his agenda are developing partnerships and fully understanding “the mentality of a new consumer in the marketplace,” he says.

Dominique is building PSA’s North American business as a greenfield project. It began with bringing in a car-sharing service, Free2Move, that’s now up and running in the U.S., although it is a peer-to-peer service, not one that currently uses Peugeots or Citroens.

Also in the works is a dealership network with related services, such as vehicle financing, parts and service.

But to build a dealer network from scratch “would cost billions of dollars,” he adds. “We are looking for progressive, innovative and digital-minded partners.”

PSA chief Carlos Tavares calls the reentry a 10-year plan. “It’s dramatic to say we’re doing it from scratch; there has been a lot of planning,” Dominique says.

“I’m not prepared to talk about how we are going to come to market (in North America) but it will be practical, traditional and use technology.”

The latter will include predictive technology to “determine market needs, second by second.”

Citing the auto industry’s traditional high cost of doing business, he says, “I’m looking at everything from a streamlined point of view. It’s about low cost, speed and quality.”

PSA includes French brands Peugeot and Citroën, both once sold in the U.S. Just added to the stable are Opel and Vauxhall, European brands General Motors sold to PSA as part of the U.S. automaker’s strategy to leave unprofitable markets.

The Opel-Vauxhall sale “was not a decision GM made lightly, but we felt it was the right decision,” Steven Kiefer, a GM senior vice president, says here. “We wish the PSA group all the luck in the world.”

PSA’s Free2Move is in partnership with Travelcar. The mobility service in the U.S. began in Los Angeles. Plans are to expand elsewhere in the country.

“We are having day-to-day relationships with customers,” Dominique says of Free2Move. “It’s a first step in our (North American) reentry.”

He has more than 30 years of experience in the U.S. automotive industry, having worked for GM, Chrysler and Nissan, where he helped spearhead the development of the Titan pickup truck.

More recently he served as president of vehicle-leasing consultancy ALG and executive vice president of TrueCar. He says those stints helped him understand the car market better.

Of his new assignment, he says, “We have a chance to do this once, and only once.”

Mega-Store Puts All Three PSA Brands Under One Roof
Jun 22, 2017