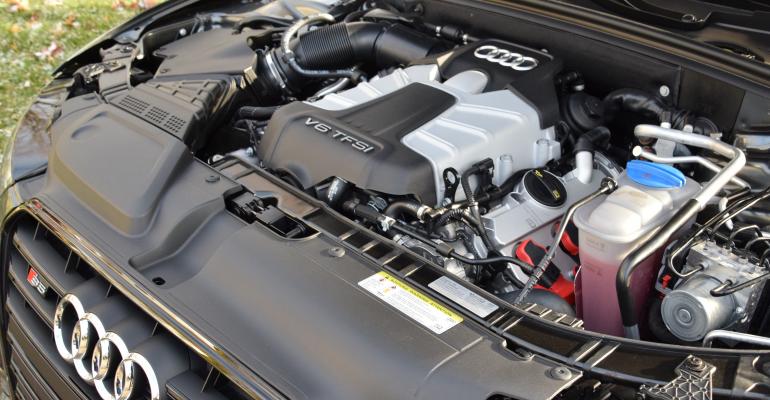 The engine&rsquo;s exclusion is not because it no longer stacks up to the best offerings in the automotive industry, because it does, and then some.

All good things must come to an end. Such was the case with the magnificent 3.0L supercharged V-6 powering the Audi S5, which for the first time in six years falls off the Ward’s 10 Best Engines list.

The engine’s exclusion is not because it no longer stacks up to the best offerings in the automotive industry, because it does, and then some. The 333-hp TFSI V-6 is enough to push you back in your seat, yet quiet enough to pull double duty as an engine perfectly suitable in a luxury coupe.

10 Best Engines judges gushed over the engine, just like they did the past five years, with comments like, “Each gear shift more rewarding than the last,” and “This isn’t an engine, it’s a soulmate.” With praise like that, it’s difficult to figure out why the engine failed to make the list for a sixth straight year.

In a nutshell, the 3.0L V-6 drops off the list simply because Audi hasn’t made any significant improvements, while other automakers are constantly working to squeeze either more power, better fuel efficiency, or both, out of their engines.

One could argue, and several judges did, why fix it if it isn’t broken? It’s a worthy argument, but in the end it came down to a numbers game. With only 10 spots on the list and so many great engines, it’s impossible to honor every one that is worthy.

And a big part of the Ward’s 10 Best Engines is recognizing technical innovation and automakers are moving incredibly fast. The Audi 3.0L has just been standing still for too long.